A Ferrari Purosangue Build Slot Is Already Up for Sale and We’re Skeptical, Too 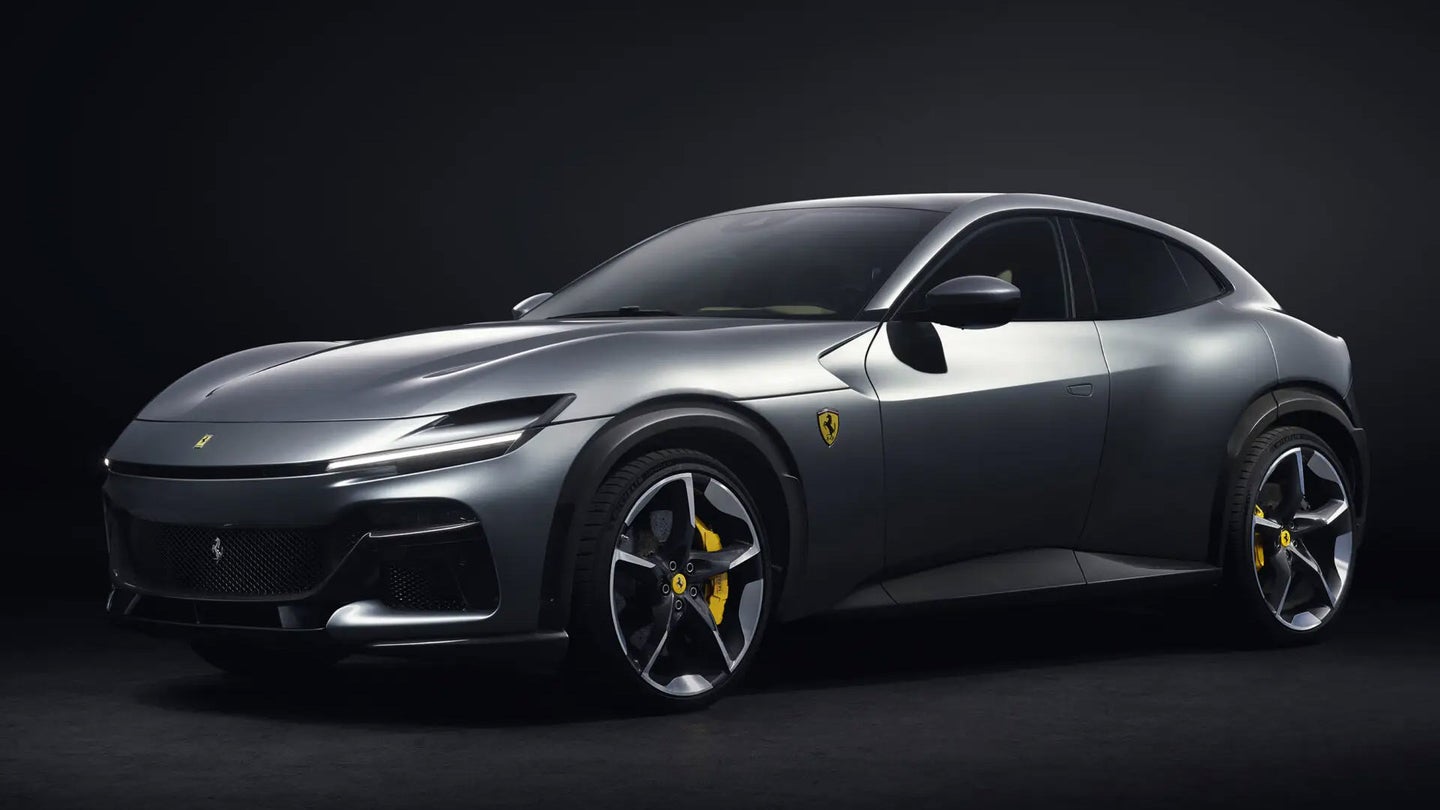 It’s only been three days since Ferrari revealed its Purosangue “FUV” (that’s Ferrari Utility Vehicle, folks), and those with deep enough pockets are salivating at the chance to actually order one of these V12-powered people haulers—and that’s without even seeing an official price tag. Fortunately, they may not have to look that hard to find a place in the order books.

One luxury car dealership in Japan is offering up a reservation slot that it claims to hold for the Purosangue at the hefty sum of $500,000. The reservation, which is said to be scheduled sometime between the second and third quarter of 2023, sits alongside other luxury vehicles that the dealership claims to offer, including a reservation for the elusive Bugatti Mistral.

Now, it’s not clear if the dealer is asking $500,000 for the car, or if that cost is just for the rights to the build slot, so proceed with caution (and perhaps a lawyer—we’ve seen these kinds of reservation slot deals go south before) if you happen to want one bad enough. Ferrari also hasn’t actually revealed official pricing, though but it’s expected to be around the $400,000 mark, which still leaves room for a hefty markup at the dealer’s asking price. Nonetheless, it’s a rich ask either way.

The Italian automaker may be taking a page from Lamborghini’s book of money printing when it kicks off Purosangue production next year in Maranello. In fact, it already expects to run into challenges filling orders.

Ferrari’s chief commercial and marketing officer, Enrico Galliera, reportedly said that the company was considering closing its order books already given the high demand. Galliera confirmed that the automaker has been accepting pre-orders from customers since September 2018 and noted that reservations “exploded” when it announced that the SUV (er—FUV) would be equipped with a V12. Couple that with a planned annual output of around 3,000 units and you’ve got the rich person’s equivalent of FOMO kicking in.

That being said, a 25% markup isn’t that bad considering the way the market has been over the past two years. If the dealer’s offer of a half-million-dollar Purosangue truly is legit, it might be someone’s answer to an early build slot before the order books officially close.

The post A Ferrari Purosangue Build Slot Is Already Up for Sale and We’re Skeptical, Too appeared first on The Drive.