A Looming Freight Rail Strike Would Be Very Bad. Here’s Why It’s Happening and What It Means 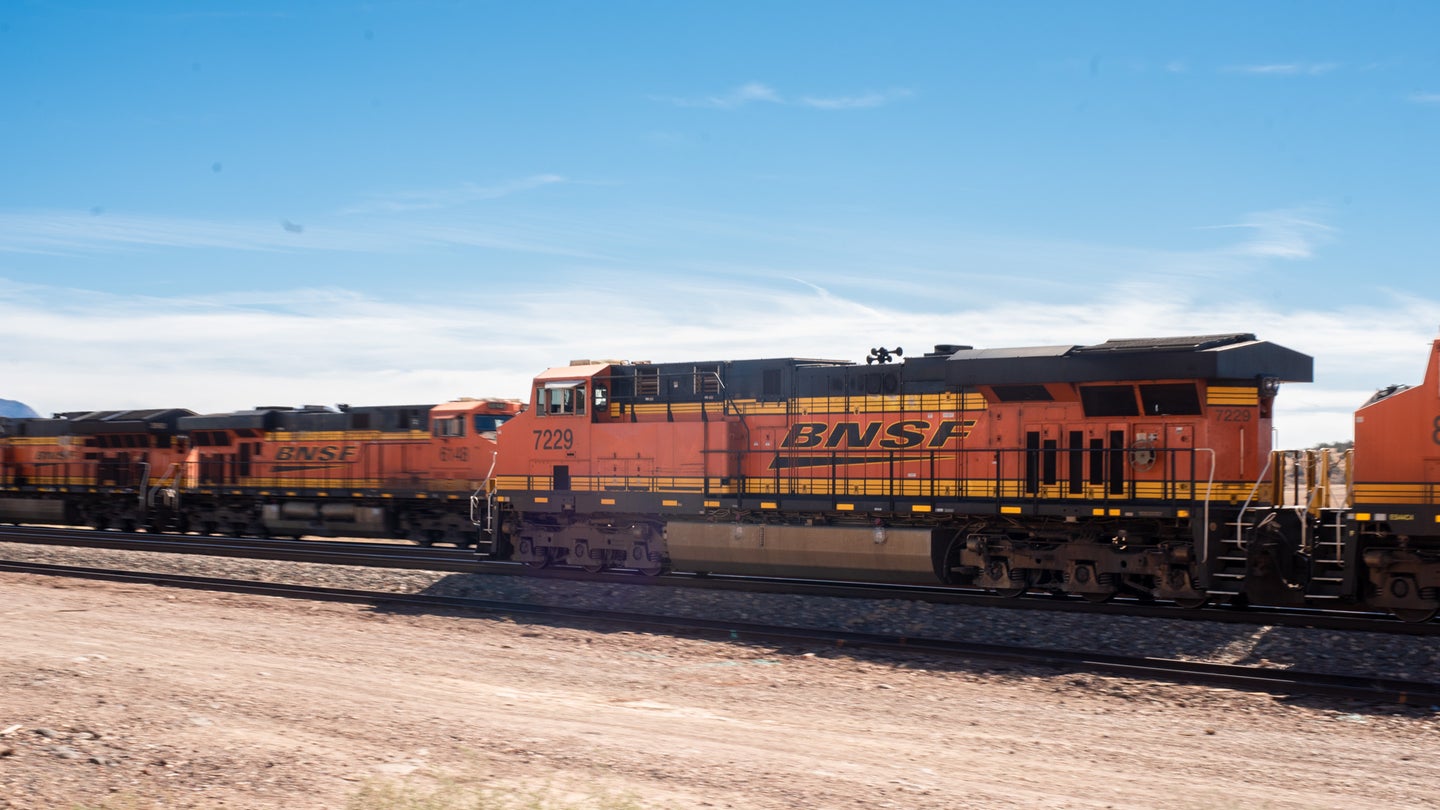 The United States railroad industry is reaching a point it hasn’t hit in decades: a strike that could halt all freight rail. The deadline for an agreement between rail worker unions and railroad companies is Friday, and three of the 12 major railroad unions representing roughly half of railroad employees still haven’t struck a deal with rail carriers. The consequences of a strike could be massive for the U.S. government and economy, as more than 30 percent of U.S. freight flows by rail, and shortages of crucial supplies such as gasoline or food could occur with an extended period without rail transport.

As recently as Wednesday afternoon, one of the unions, the International Association of Machinists, voted to authorize a strike.

According to rail unions, this is all being caused by unsustainably poor working conditions. While unions have managed to negotiate some of the biggest pay increases in recent memory, that’s not the main goal rail workers are after. Worker unions and railroads are instead at loggerheads over weekends, holidays, and sick time.

It’s been well-documented that railroads in America have increasingly worked their employees, specifically engineers and conductors, well past their physical abilities in the interest of increased operational efficiency. BNSF, the largest freight rail company in the U.S. and one of the largest transportation companies in the world, recently implemented new scheduling systems for their engineers and conductors that require 24/7 on-call notice, with the ability to report to work and run a train within 90 minutes of being paged. Taking any time off in this system is penalized, and it means that railroad employees frequently cannot schedule doctor appointments, have weekends off, or even attend funerals.

Unions are seeking the end of the punitive scheduling system and have already softened their bargaining request from asking for paid sick days to any sick days at all, paid or unpaid. Despite this, railroad companies insist 24/7 scheduling is required for profitability, even though it’s already the most profitable industry in the U.S. by a wide margin. This comes after years of seeing labor costs cut to the bare minimum as precision scheduled railroading—and the 80-hour-long shifts required for it—has become the industry standard. Hundreds of railroad employees have already resigned in large part due to the scheduling systems; others have threatened to quit if a contract is signed that does not change how sick time and leave are handled. All of this comes against a backdrop of nearly 29 percent of rail workers—more than 45,000 in total—having been cut from the workforce in the past six years.

The railroads and unions are already in a mandated “cooling-off” period that the Railway Labor Act requires, and have been in arbitration with federal officials for months after President Biden blocked a strike earlier this year. That mandatory arbitration has come after three years of previous negotiations between the union and rail companies. That final cool-down period ends at midnight Thursday, which is when a strike will finally be legal under federal law. While an agreement is possible before Friday, the first signs of a work stoppage are beginning to manifest already, with Amtrak canceling cross-country train service (97 percent of Amtrak’s rail system is owned and maintained by freight companies), and large rail carrier Norfolk Southern initiating an embargo of some goods on its rails.

Republicans in Congress are likely to attempt a vote that would forcibly break the strike by requiring the unions to accept the arbitration, which was what the federal government did during the last major rail strike in 1992. Those attempts likely won’t get far with Democrat control, however, as while President Biden has directly reached out to labor and railroad leaders to try to avert a strike, progressive members of Congress have voiced support for the unions and suggested they won’t vote to break a strike, should one happen. Biden has also prided himself as “the most pro-union president… in American history,” which suggests his efforts to help an agreement along will also likely fall short of attempting to break a potential strike.

If the strike does happen, it’s likely that fuel prices will creep upwards once more, and general supply chain woes that have already impacted virtually every facet of American life—including the auto industry—will be exacerbated. Rail companies estimate the economic damage at up to $2 billion per day as more than 7,000 trains sit idle nationwide. The impacts will most likely not be instantaneous, but they will accumulate the longer a work stoppage continues, as the trucking industry won’t be able to pick up the slack thanks to its shortage of more than 80,000 workers.

The post A Looming Freight Rail Strike Would Be Very Bad. Here’s Why It’s Happening and What It Means appeared first on The Drive.