A Mercedes CLK Hot Rod Is An Interesting On Idea On Paper, But Not So Great In Real Life 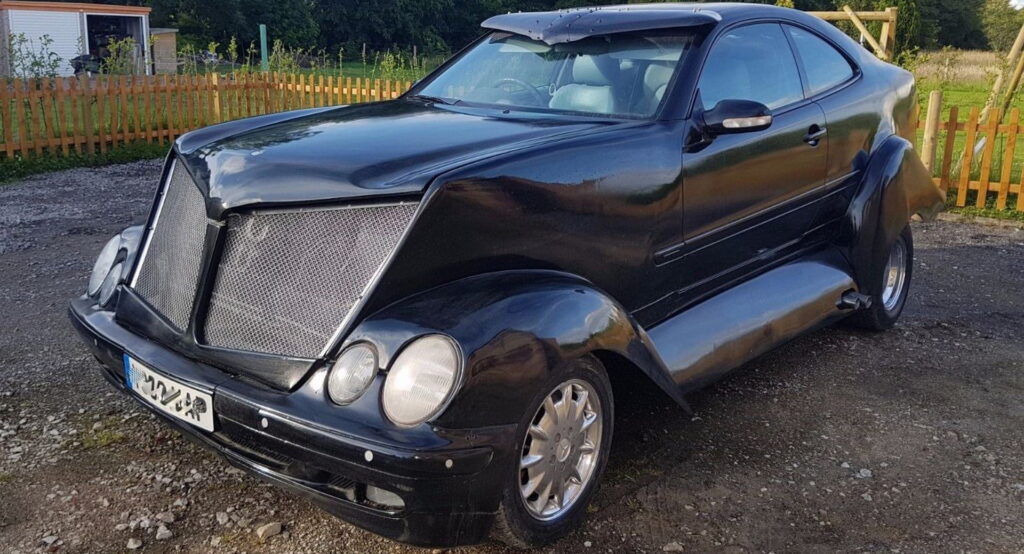 When browsing through private online car sales, it’s not hard to come across some interesting custom builds. However, this W208 Mercedes CLK on eBay styled to look like a hot rod is quite possibly one of the weirdest we’ve seen.

The bottom half of front end isn’t the worst, but then again, it’s the closest part of the car to the original Mercedes design. The quad headlights remain, but instead of transitioning into the channeled hood, they flow into custom pontoon fenders. As you go further back and up, the car just gets messier and messier.

Read More: Mercedes-Benz CLK GTR Replica Is Rarer Than The Real One… And That’s A Good Thing 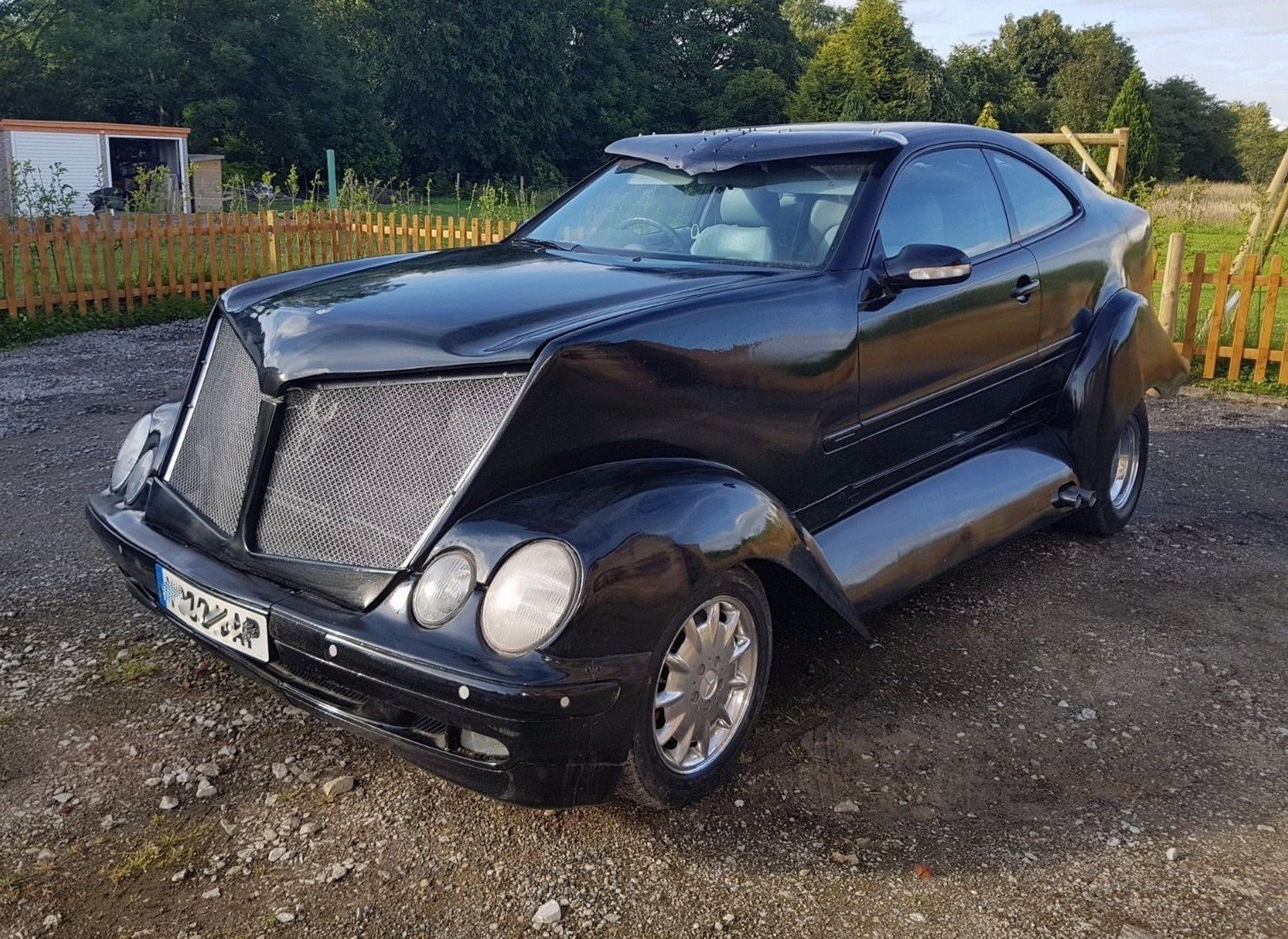 The entire original body now sits separately on top of the frame, making the car unnecessarily tall in pursuit of 1930s hot rod proportions, but it just doesn’t work. The DIY mesh grille is misshapen, the pointed hood is misaligned, and the custom running boards just look off (though the side exit exhausts are a nice touch).

Then there’s the matter of the rear end itself. For starters, the rear windows were blocked off in favor of two tiny slits at the top, although we’d imagine it’s somewhat of a moot point as the rear of the car is so aggressively canted it makes a Camaro look like it has good visibility. Then there’s the custom trunk area, which again strives to mimic the look of pre-WWII hot rods, although it’s not that bad when looked at alone.

See Also: This Mercedes-Benz “Replica” Is Great In The “Terns” And Has “Gold Wing Doors” 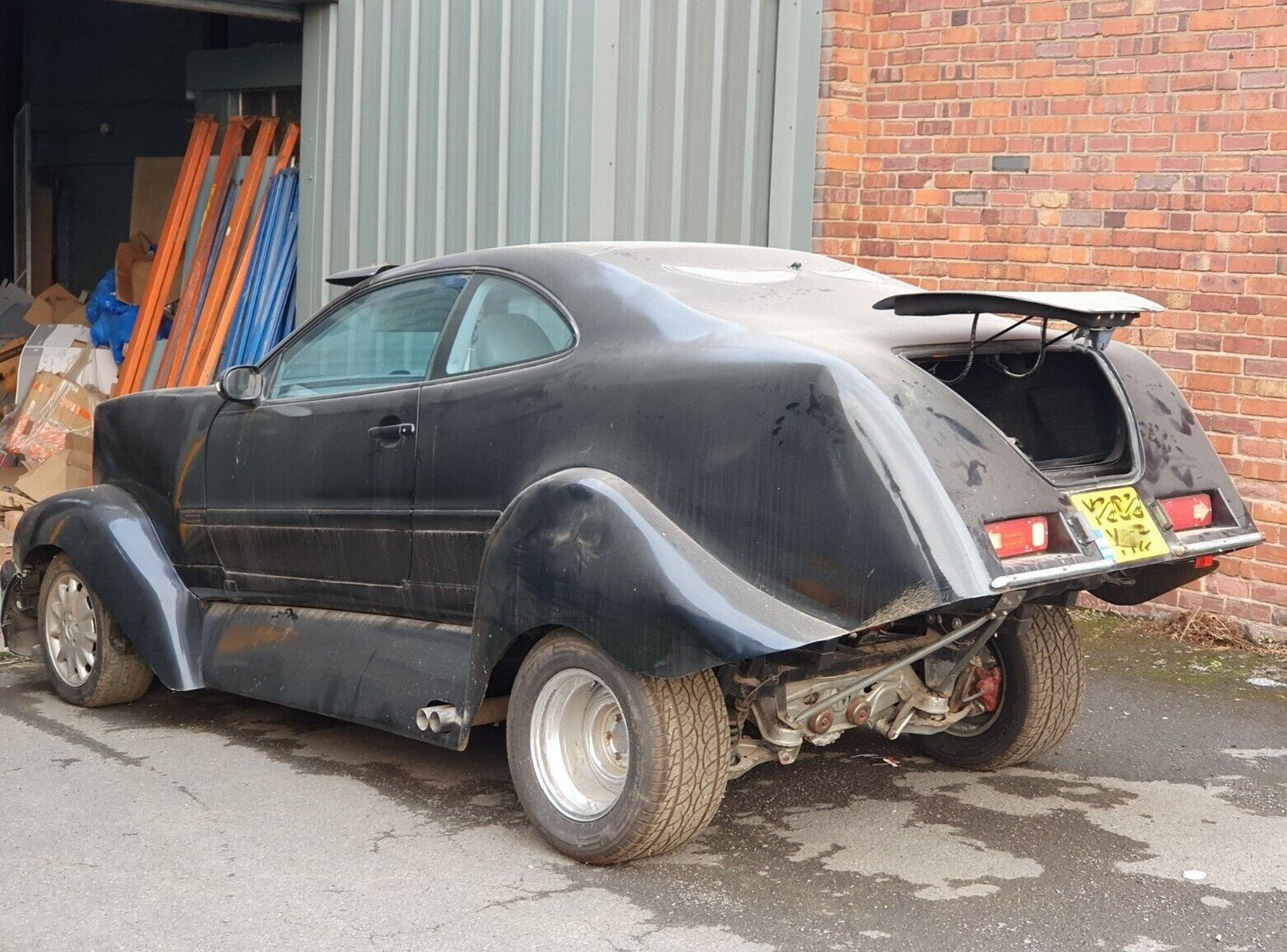 Where it really gets bad is when you focus your attention on the CLK‘s awkwardly large rear fenders, which are nearly as tall as the tires themselves and occupy half of the side bodywork. To top it all off, while the rear wheels and tires are drag-style units, the fronts still have the factory pie-tin rim design. Finally, despite all the effort on the exterior to make this car look like a hot rod, the interior remains unchanged from stock.