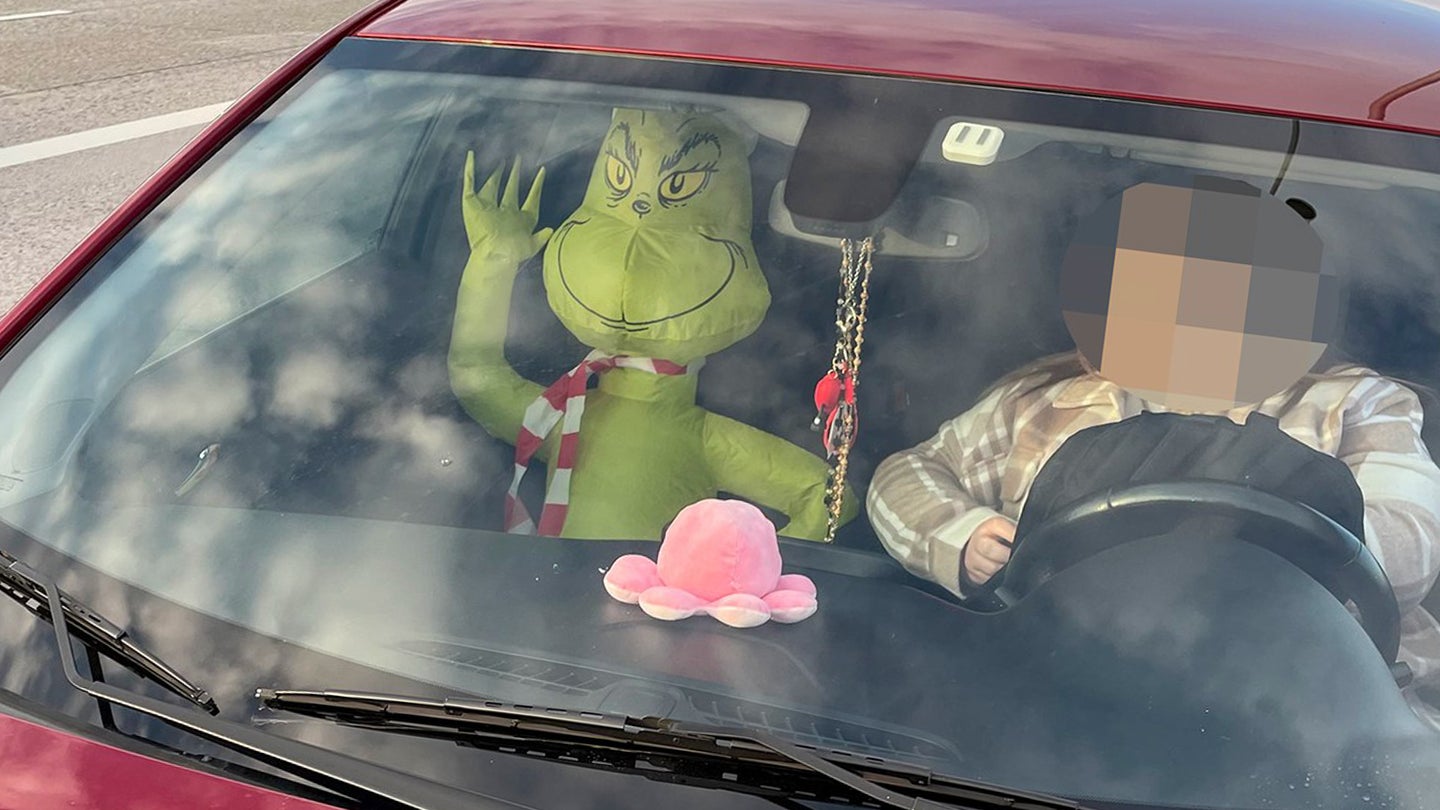 Many states have high-occupancy vehicle (HOV) lanes, which are typically used to help people carpool, reducing the amount of cars on the highway and thus reducing local emissions. To use HOV lanes, you usually need at least one other passenger in the car with you. HOV lanes are usually less occupied and help drivers prevent getting stuck in traffic, which is one of the reasons why they’re so popular. They’re so popular, in fact, that many drivers try and cheat the HOV lane so they use it solo. One Arizona driver decided they were going to do so by sticking an inflatable Grinch in the passenger seat, to pose as a second passenger.

Arizona state police obviously recognized that the green creature in the passenger seat didn’t seem entirely human. So the driver was pulled over and issued a ticket and the Arizona Department of Public Safety (DPS) decided to post a punny tweet about it. According to Arizona DPS, the so-called passenger was “Seusspicious-looking” (pause for boos) and that, despite the driver’s admirable “festive flair,” they would be issued a citation.

This Arizona driver is far from the first person to try and beat the system with fake passengers but this is funniest attempt yet. Most HOV cheaters will put a blow up mannequin in the passenger seat or put a hoodie over the seat back. The idea is to fake another human in the seat after all. But putting a bright green inflatable Grinch in the passenger seat is so cheeky I sort of wish they got away with it. They didn’t even put a hat or jacked on the Grinch. It was just sitting exposed with its bright green hand up in the air. That plan’s chances of success were exactly zero and that’s what makes it funny.

I don’t know if the driver thought it was going to work and I’m not sure what the fine is for faking a passenger in the HOV lane in the state of Arizona. But I do hope this driver feels that the joke was worth it.

The post A Reminder That an Inflatable Grinch Doesn’t Count as a Real Passenger for the HOV Lane appeared first on The Drive.