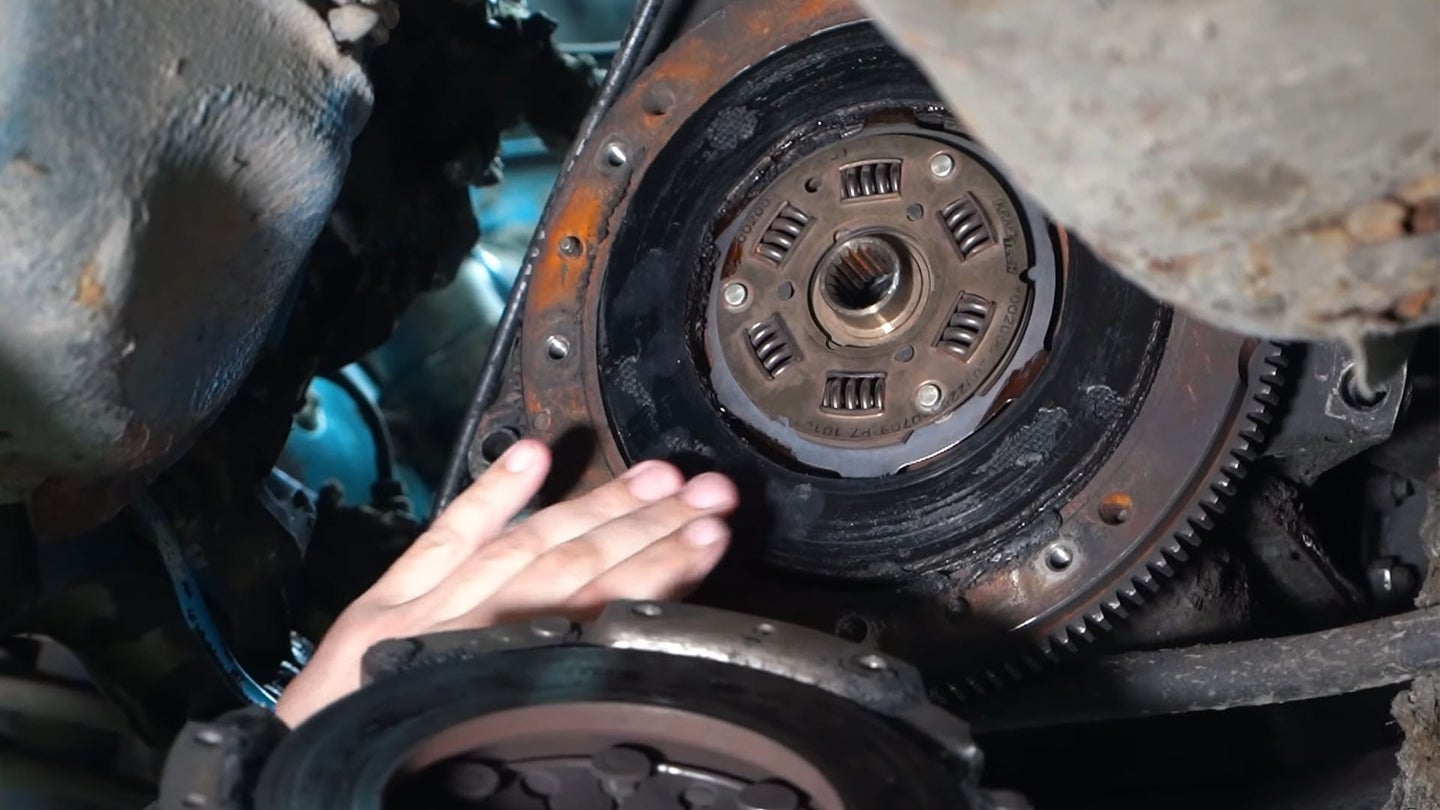 Bottom-of-the-barrel automotive experiments are the staple of the Russian YouTube channel Garage54, and clutch/brake materials are a favorite. Everything from wood to angle grinder disks has been tested, but the latest experiment is the most intriguing yet. Cars feature a lot of components made from soft rubber. Would it work as a clutch disk?

To answer this question, the guys at Garage54 cut up a thick rubber conveyor belt, glued it to a clutch disc, and tried it out. The result is… interesting, to say the least.

In short, the clutch is extremely unpredictable. The car can start off the line with it to be clear, but things like changing gears or disengaging it are very tricky. It seems like the clutch will engage, melt a little bit, and then stick to the pressure plate. The result is that the car will not come out of gear. It simultaneously can’t hold much load, though. The two pieces are physically stuck together, sure, but as soon as more load is applied, the connection between the two parts is quickly broken, and it begins to slip. That is, it slips until it melts itself back to the pressure plate and gets stuck again.

The mad mechanics play with the setup of the clutch for a while before deciding it’s pretty much junk. That wasn’t a foregone conclusion, though. Rubber can be a very sticky material, and there’s no saying it wouldn’t have been a good material for a clutch. When compared to a conventional friction disk, though, it sort of makes sense. Normal clutches are made out of a variety of materials, but none of them are actually very sticky or elastic like rubber is. They also don’t melt at such low temperatures, of course. That’s really what makes the rubber clutch a non-starter.

Garage54’s wooden clutch actually worked a lot better than you might expect. It held up strong enough to spin the rear tires of the Lada it was installed in. The disk made out of an angle grinder cutting wheel was also described as indistinguishable from a normal clutch. Good to know.

So while rubber is a letdown as a clutch material, don’t let that make you think anything but regular clutch material works. If you’re ever desperate to get your stick shift car somewhere, like maybe a post-apocalyptic scenario, keep that in mind. It’s already been tested.

The post A Stick Shift Car With a Clutch Made of Rubber Is an Unpredictable Nightmare appeared first on The Drive.