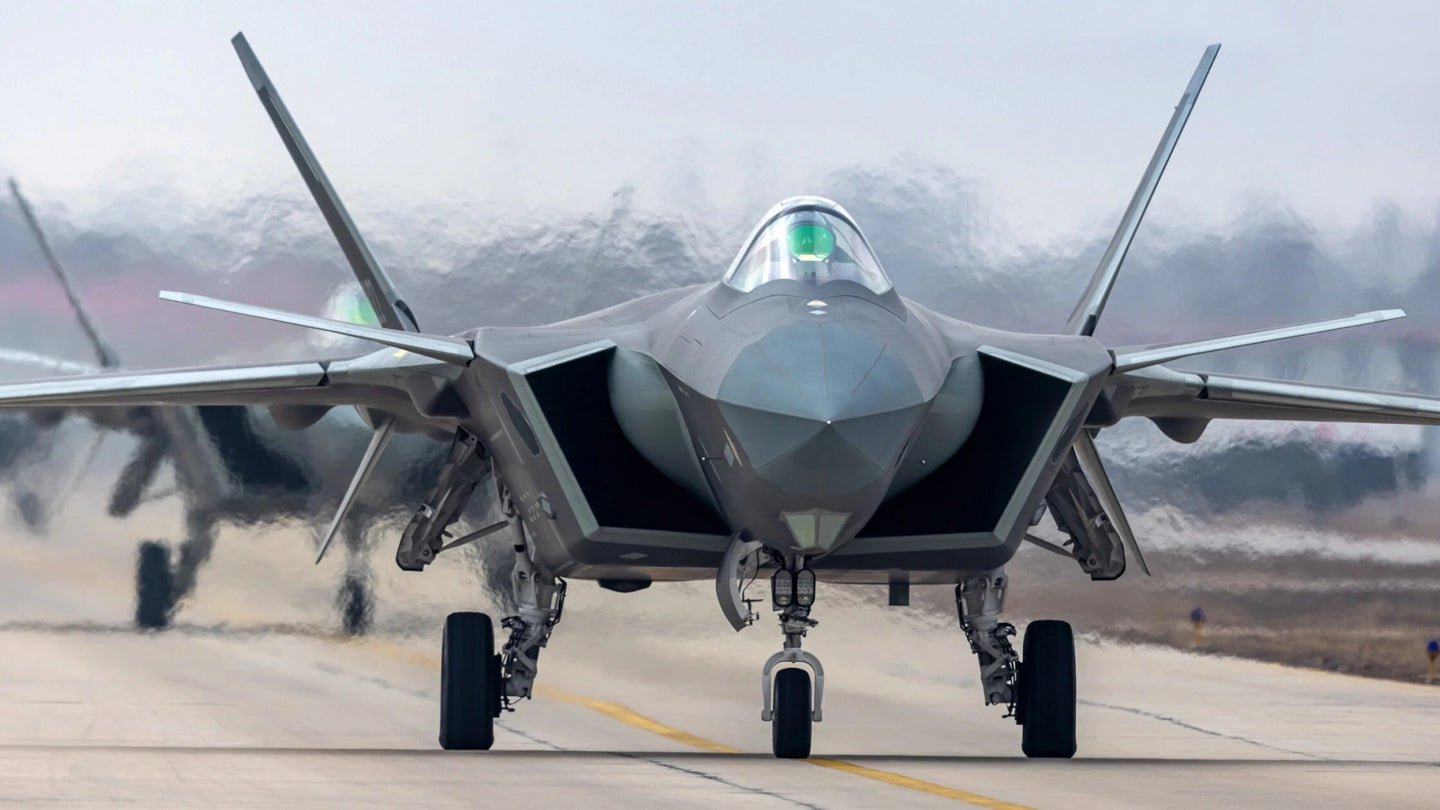 Air Force Chief of Staff Gen. Charles Q. Brown says he’s not losing any sleep now over China’s growing fleet of J-20 stealth fighters, but that he might if his service’s own efforts to modernize and maintain its qualitative advantage don’t continue apace. Brown’s remarks echo comments that Gen. Kenneth Wilsbach, head of Pacific Air Forces, made about the threat posed by the J-20.

Brown and Wilsbach offered their views on the J-20 while speaking separately at the Air & Space Force Association’s 2022 Air, Space, and Cyber Conference earlier this week. The J-20, which first flew in 2011, is the People’s Liberation Army’s (PLA) only operational stealth fighter. The exact number of these jets that have been produced to date is unclear, but estimates generally range from 70 to 150 examples, including test jets. Pictures and videos of a new two-seat variant, referred to variously as the J-20B, J-20AS, or J-20S, emerged last year.

“It’s not anything to lose a lot of sleep over,” Pacific Air Forces (PACAF) head Wilsbach had said while speaking to remembers of the media, including The War Zone, on Monday. “Certainly, we’re watching them closely and seeing how they felt and how they operate them.”

“Well, I’m like Gen. Wilsbach,” Air Force Chief of Staff Brown had subsequently said. “[The J-20 is] not something to lose a lot of sleep over, but I’m gonna pay attention to it.”

Wilsbach qualified his comments by saying that the Air Force has “had a limited opportunity to assess it [the J-20], but it seems ok.” He added that after “some recent close engagements we had with our 5th gen jets and some of their J-20s” in the Pacific region, the Air Force had “learned a lot from that,” but that “it is nothing frankly that I would worry too much about.”

This largely reflects remarks that Wilsbach made back in March during an online talk hosted by the Air & Space Force Association’s Mitchell Institute for Aerospace Studies. The PACAF commander had first disclosed then that Air Force F-35As had previously had encounters with Chinese J-20s, but said he was more interested in the long-range command and control capabilities the PLAAF had demonstrated in those instances. He specifically cited the still relatively new KJ-500 airborne early warning and control aircraft, which first entered service in the early 2010s, and the PLA is now using regularly to support combat aircraft flying sorties around Taiwan.

“We notice that they are flying it [the J-20] pretty well,” Wilsbach had said at the time. “We recently had – I wouldn’t call it an engagement – where we got relatively close to the J-20s along with our F-35s in the East China Sea, and we’re relatively impressed with the command and control that was associated with the J-20.”

The Air Force has made no secret that it does find new Chinese air-to-air missile developments concerning and has publicly said that they were major factor in the decision to initiate work on the U.S. military’s own next-generation AIM-260 Joint Advanced Tactical Missile (JATM).

Back in March, Wilsbach had also noted that the Air Force felt it was “too early to tell” what the J-20’s primary mission sets might be per formal PLAAF doctrine. He said the service was still trying to determine whether the Chinese expected to employ them “more like an F-35 that’s capable of doing many, many missions or more like an F-22 that is primarily an air superiority fighter.” It is important to point out that the Air Force’s F-22s can conduct strike missions, as well.

All this being said, if the Air Force is seemingly unconcerned by the PLAAF’s growing fleet of J-20s, it would appear to have less to do with the jet’s actual capabilities or how it might be employed, and more about what U.S. officials know, or at least are hopeful, is waiting in the wings. Development of the service’s existing fifth-generation combat jets, the F-22 and the F-35, began in the 1980s and 1990s, respectively. The F-22s have been in service for nearly two decades now, though these aircraft have been and continue to be upgraded. A number of major updates are planned for Air Force F-35As, as well as F-33B and F-35C variants in service with the Marine Corps and Navy.

“When I think of the existing capability that we have as an Air Force, I also think about the next generation of dominance. We want to make sure we maintain our advantage,” Chief of Staff Brown also said this week as part of the discussion about the J-20. “And that’s the aspect I’m focused on as a service chief, to ensure we continue to modernize and bring on that capability.”

“So, we don’t lose sleep about the J-20,” but “if we don’t modernize, then there’s probably the potential to lose sleep,” he added.

Brown was clearly referring to the various capabilities that the Air Force is now developing under the umbrella of its Next Generation Air Dominance (NGAD) program. NGAD is a wide-ranging future air combat initiative that includes work on a sixth-generation crewed combat jet and various tiers of uncrewed platforms, along with new weapons, sensors, networking and battle management capabilities, jet engines, and more. The U.S. Navy is working on its own separate future air combat project, which is confusingly also called NGAD and is inherently intertwined with the Air Force effort.

The Air Force and Navy NGAD programs are both highly classified, and details about the aircraft and other systems being developed under them are limited. The Air Force has been conducting flight testing related to the development of the crewed combat jet component of NGAD, as well as related systems, for at least two years now using unspecified demonstrators, as well as F-22s. The service has publicly said that it is moving toward more active work on the uncrewed elements of the program.

The Air Force’s goal, as it stands now, is to have the first examples of the next-generation crewed combat jet being developed under NGAD, and potentially other capabilities set to emerge from that program, in service by 2030.

Whatever the case, it is clear that the NGAD efforts are intended to ensure that the U.S. military retains its edge in any potential future conflict, especially one against China. Secretary of the Air Force Frank Kendall said in an interview with Defense News last year that his service should be almost exclusively focused on developing and fielding new advanced capabilities that “scare China.” At the same time, NGAD is already funded, reducing the need to publicly sell the program in this way. If nothing else, Brown and Wilsbach’s remarks downplaying the significance of the J-20 only add to this messaging and could also be intended to have a deterrent effect.

The recent comments from Air Force Chief of Staff Brown and PACAF commander Wilsbach certainly show confidence that the service will be able to retain its edge over advanced Chinese combat jets like the J-20.