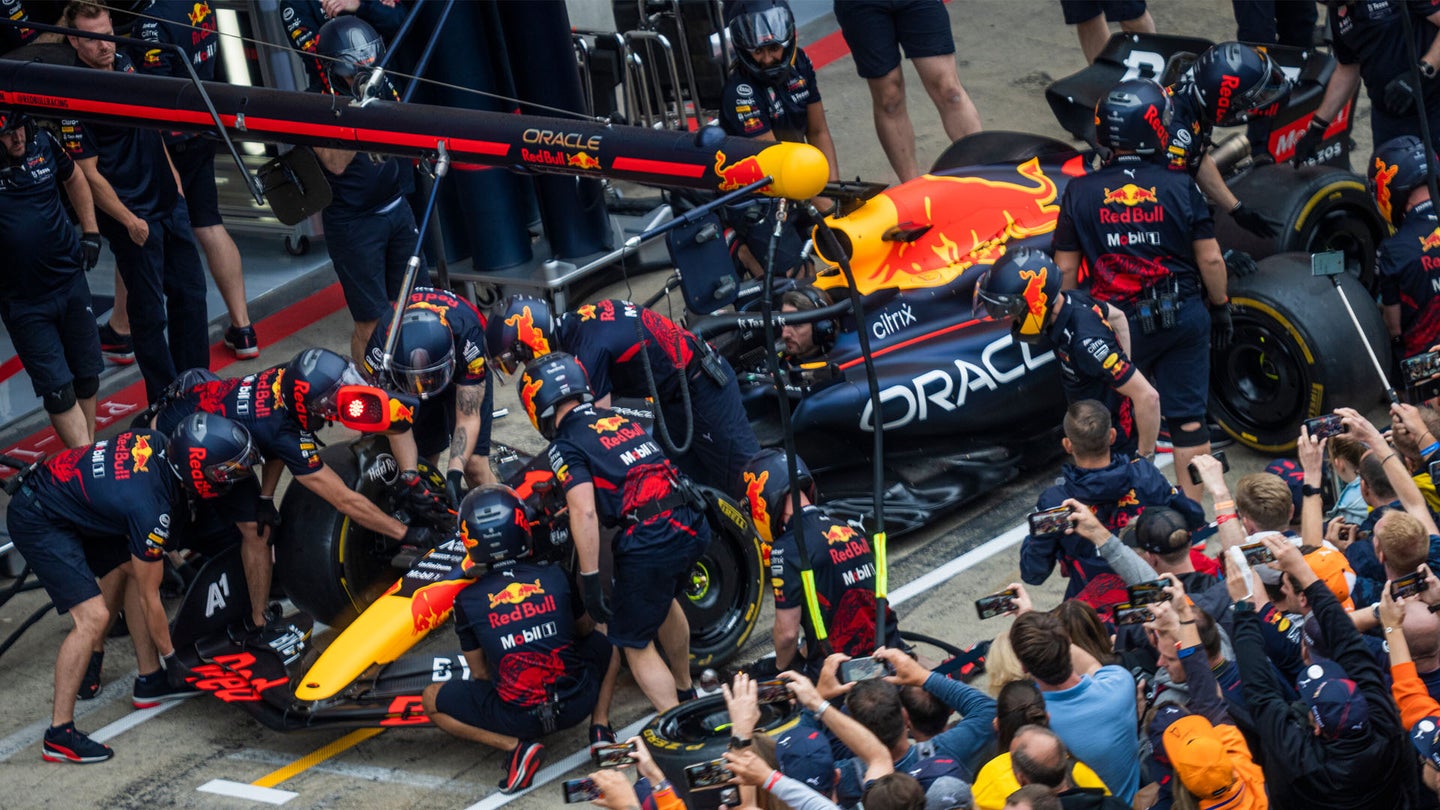 Formula 1 teams aren’t known for playing well with others. And the same can be said for when they have to agree on a common cause. Things may have actually been slightly different Friday morning at the Austrian Grand Prix, when all but one team principal said that they’ll go along with an inflation-related budget cap increase. Effectively, this decision delays the directive to fix porpoising until after the summer break.

The most urgent item teams agreed on at the F1 commission was increasing the 2022 budget cap by 3.1 percent to accommodate global inflation. Teams have been bristling about added costs since the start of the year when Russia invaded Ukraine, dramatically increasing the cost of global logistics. Red Bull’s Christian Horner claimed that freight costs have quadrupled and McLaren has said that it will not be able to progress upgrades without an increase.

The increase on the $140 million means an extra $4.34 million and was voted in with a majority—except for one team, who reportedly opposed it. Although unconfirmed at this moment, it’s very likely this was Haas F1, as team principal Günther Steiner has been vocal about not seeing a need to extend the budget, at risk of exploitation from better-funded teams.

The next biggest thing is that teams have voted for a one-month-plus stay of execution on rules about limiting porpoising. The FIA issued a technical directive to teams that it would be monitoring oscillations in the cockpits of cars and then enforcing limits on that in a couple of weeks’ time, at the French Grand Prix.

Instead, that’s been pushed back to the Belgian Grand Prix. This gives teams the entire summer break to work on their cars and try to solve the issues.

Details leaked last week about how the FIA and Formula One Management will monitor porpoising. The Aerodynamic Oscillation Metric will map the frequency of oscillations and the time spent above 3G in terms of vertical forces, using a device fitted to the drivers’ cockpits. The math isn’t plausible without a modeling program but should show exactly how hard and how much drivers are being shaken.

As a separate note to that, within the directive, the FIA is also looking at the possibility some teams may have floors on their cars that are more flexible than the regulations allow. Whatever it is each team needs to address, they’ve got an extra month to do it now.

The other decisions, all of which need ratifying at the next World Motor Sport Council meeting but are effectively agreed upon, covered that progress has been made on the 2026 regulations and that pre-season testing can be moved outside Europe. That firms up the switch to Bahrain, ahead of this season.

The post All F1 Teams Except One Agree on Budget Cap Increase to Fight Inflation appeared first on The Drive.