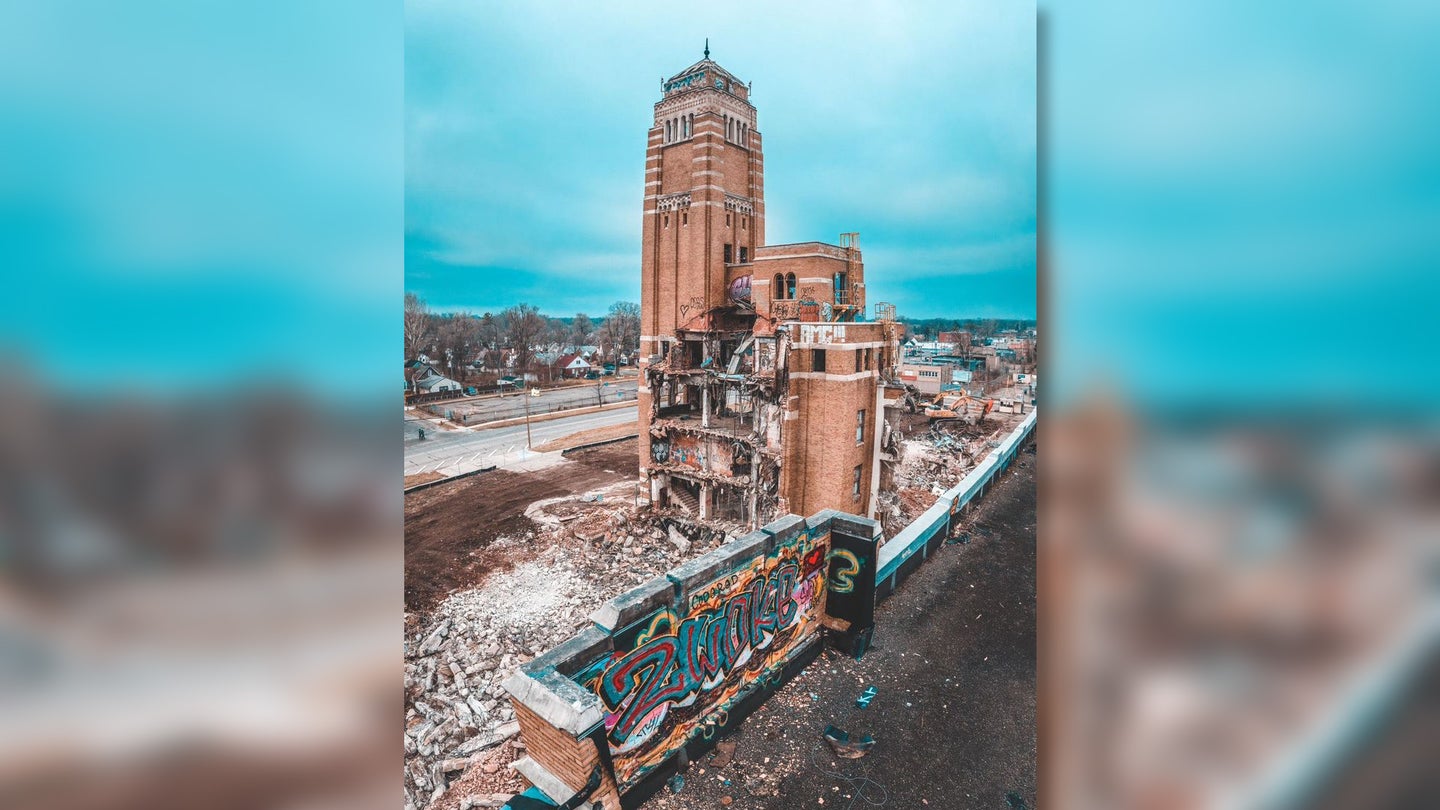 The historic, nearly century-old building complex in Detroit that the American Motors Corporation inhabited as its first home is being torn down for redevelopment.

Opened in 1927, the facility originally served an appliance firm that formed one of the forebears of AMC, which was birthed when Hudson merged with Nash-Kelvinator in 1954. It was used as the company’s global headquarters until 1975, and became Chrysler property after AMC’s buyout in the late 1980s. In 2009, the last engineering operations on-site ceased, and the buildings were sold to a scrapper that gutted the site before its foreclosure.

The 56 acres once inhabited by AMC already have their next life cut out for them, sold for $5.9 million in December 2021. Their new owner NorthPoint Development intends to invest $66 million into the site, adding two new buildings with 728,000 square feet of industrial space. As of September, General Motors was expected to be the tenant of the new space, as “real estate sources” indicated to Automotive News. The new facility is expected to open as soon as late 2023.

As this last landmark of AMC disappears, America’s last AMC dealer isn’t going gently into that good night—it’s gonna sell some more cars before it goes, even if it means literally cutting them out of trees.

The post AMC’s Historic Former Detroit Headquarters Is Finally Being Demolished appeared first on The Drive.