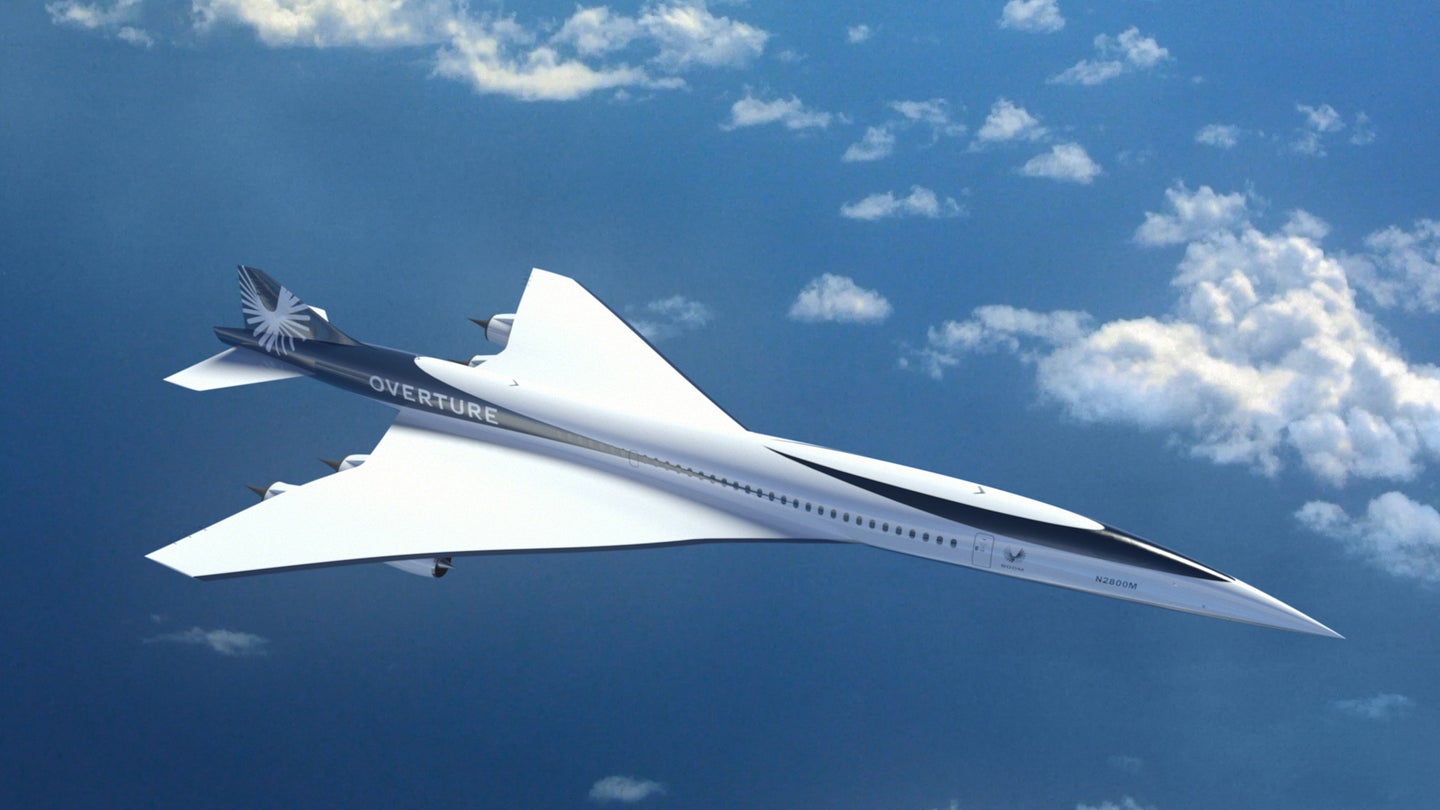 Supersonic passenger transport has been tried, and given up on, repeatedly throughout the history of aviation. That will not stop companies from trying again, as American Airlines announced it put down a non-refundable deposit on 20 Boom Supersonic Overtures, a supersonic plane that currently does not exist and whose small-scale test craft has yet to fly.

American Airlines isn’t the first major carrier to promise Boom’s faster-than-sound passenger jet in its fleet someday, despite how early in development it is. United also agreed to purchase 15 Overtures last June, and Japan Airlines has a $10 million investment in Boom with the option to pre-order up to 20 jets. However, American appears to be the first company to put down an actual deposit for the Overture. And while the deposit amount was not publicized, Boom has previously stated that each finished jet will sell for around $200 million each.

Boom’s intended schedule for the Overture is expedited, to say the least. It aims to build and open its first manufacturing facility later this year, followed by production rollout in 2024, and its first flight in 2026. CEO Mark Scholl is adamant it will enter service by 2029, saying previously that Boom is “going to have passengers aboard before the end of the decade.”

At this point, it should be highlighted that the Boom Overture does not exist for purchase yet in any form other than a 1:125th scale desk model available in the company’s merchandise shop. And the proof-of-concept twin-seater aircraft the company has built to prove it can engineer a supersonic plane has not actually flown yet, after repeated delays.

The finished Overture will supposedly be able to seat up to 80 passengers and be capable of flying at Mach 1.7, while still meeting the same noise regulations required of subsonic aircraft, according to the company. The two supersonic passenger planes that actually flew, the British/French Concorde and the Soviet Tupolev TU-144, were both slightly faster at Mach 2.04 and Mach 2.15, respectively. However, they did so with the use of fuel-hungry and loud afterburners, which Boom insists it will not use on the Overture. Instead, Boom says it will use quieter, more efficient medium-bypass turbofans to power the Overture to supersonic speeds.

Unfortunately, Boom has yet to find an engine manufacturer for the plane, which will indeed need four engines to fly according to the company’s recently-finalized design. Considering that Boeing had to go through an eight-year-long FAA certification process to get the 787 Dreamliner airborne, it’s likely Boom will face at least a few more challenges even if the company finds some engines.

The post American Airlines Puts Real Money on 20 Supersonic Jets That Don’t Exist Yet appeared first on The Drive.