An Electric Ford Bronco Is Coming in 2029: Report 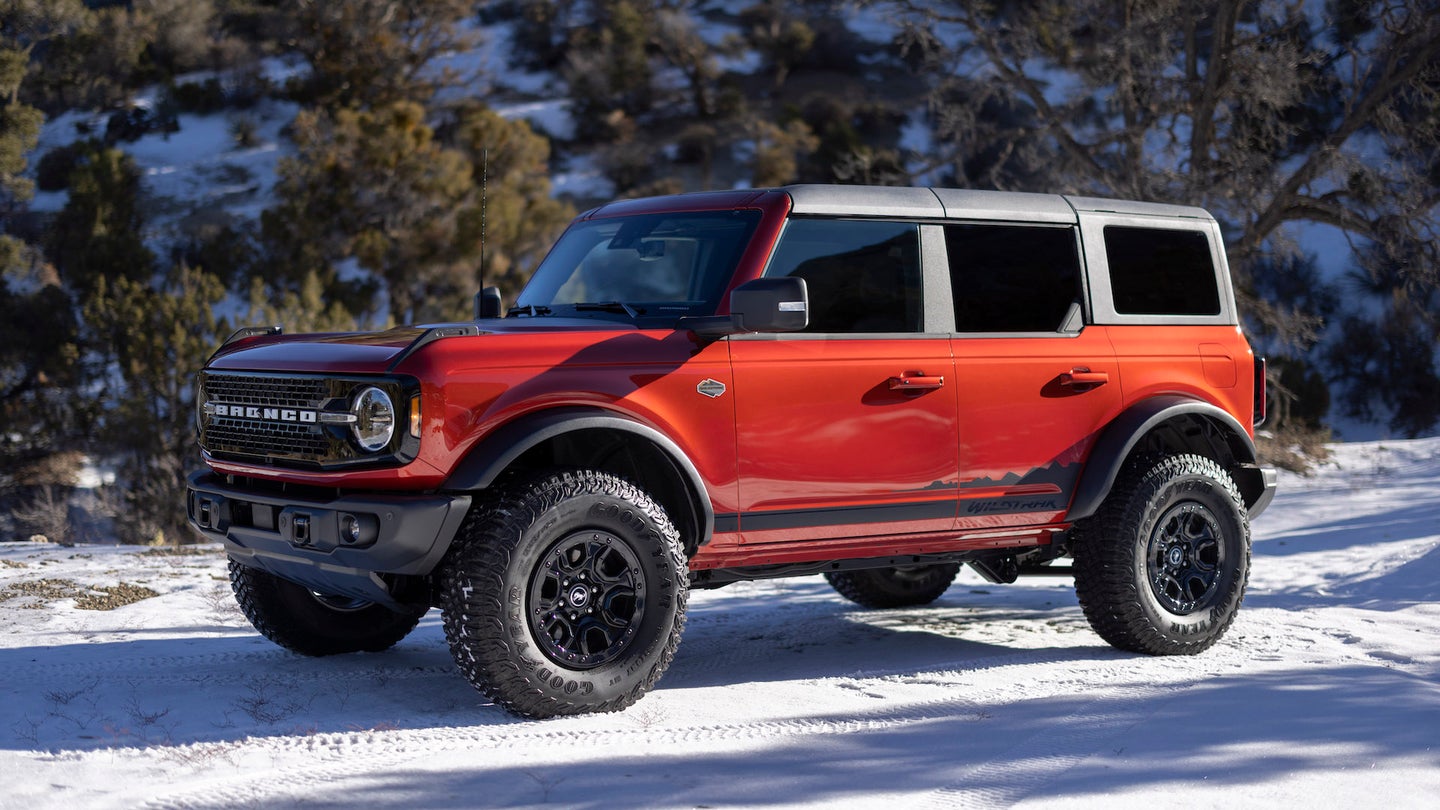 If a new forecasted auto industry product map is accurate, the Ford Bronco will be going electric before the 2020s are out.

Flagged by the folks at Bronco6G, AutoForecastSolutions has released its multi-manufacturer product map that aims to lay out what the North American new car market will look like through the next decade and beyond. There are admittedly quite a few interesting nuggets in there but one of the standouts is a “Ford Bronco BEV” due out Nov. 2029 and slated to end production in 2036. It’s said to be built on a “TE1” platform that’ll also apparently underpin future electric versions of the Ranger, Transit, and F-Series.

Per the same map, this electric Bronco will be offered alongside a seventh-gen gas Bronco marked with the same production start and end dates. Notably, this next-gen gas Bronco will apparently be built on the same T6 platform that underpins the current one. Not all that surprising since genuinely new platforms for soon-to-be-outlawed gas cars are getting rarer every year. So, sort of like how the new S650 Mustang is indeed listed under the same D6 platform as the outgoing S550.

AutoForecastSolutions, by the way, has the new Mustang ending production in April 2029.

Perusing the full sheet, there are quite a few other interesting entries, but the electric Ford Bronco is a bit of a standout.

Jeep has already dipped its toes into the electrified off-roader game with the Wrangler 4xe—a vehicle that recently became the subject of a sizeable recall and stop-sale—but previously announced that it would have five fully electric offerings by 2025. Presuming one of those to be the Wrangler, this means this theoretical electric Bronco would already be four years behind the draw when it arrives in 2029.

Got insider info about the next-gen e-Bronco? You can reach him here: [email protected]

The post An Electric Ford Bronco Is Coming in 2029: Report appeared first on The Drive.