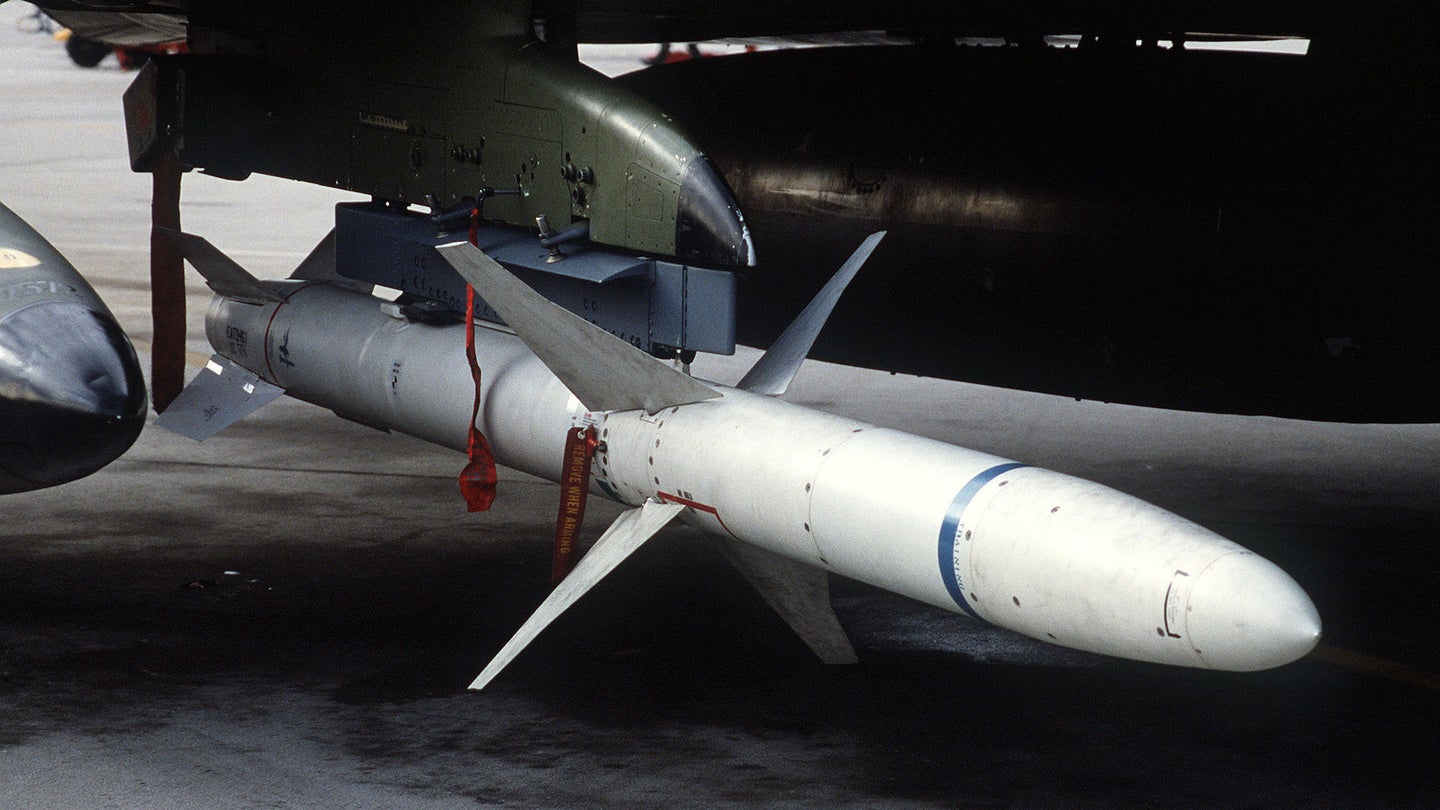 Colin Kahl, U.S. Under Secretary of Defense for Policy, confirmed today that American authorities have transferred unspecified “anti-radiation missiles” to the Ukrainian armed forces that they can launch from at least some of their existing aircraft. Though Kahl did not say what type of missiles had been passed to the Ukrainians, his remarks follow the emergence of pictures on social media showing the apparent remains of an AGM-88 High-speed Anti-Radiation Missile (HARM) said to have been fired at a Russian position. You can read more about what we know already about the potential use of AGM-88s in Ukraine in this recent War Zone report.

Kahl made his comments at a press briefing today where he announced a new U.S. military aid package for the Ukrainian armed forces, which could ultimately have a value of up to $1 billion. This particular aid package includes additional Guided Multiple Launch Rocket System (GMLRS) rockets for use in U.S.-supplied High Mobility Artillery Rocket Systems (HIMARS), unspecified munitions to go along with National Advanced Surface-to-Air Missile Systems (NASAMS) American authorities are providing, additional Javelin anti-tank missiles, and more.

It does not include any combat jets, something that has been a hot-button issue in Ukraine and the United States, and elsewhere, for months now. Kahl responded to questions about possible future transfers of aircraft to Ukraine, in part, by saying the following:

“I would just point to two things. One, you know, a lot was made about the MiG-29 issue several months ago, not very much has been noticed about the sheer amount of spare parts and other things that we’ve done to help them actually put more of their own MiG-29s in the air and keep those that are in the air flying for a longer period of time. And then also, in recent PDA [Presidential Drawdown Authority] packages we’ve included a number of anti-radiation missiles that can be fired off of Ukrainian aircraft. They can have effects on on Russian radars and other things.”

Kahl did not name the missiles, but his remarks come right after the emergence of apparent evidence of the use of an AGM-88 missile in Ukraine, as The War Zone reported on in detail yesterday.

The Undersecretary of Defense also specifically said that the missiles had been part of previous PDA packages. President Joe Biden can only exercise this so-called “drawdown authority,” which you can read more about here, to transfer items already in U.S. inventory. HARMs, including older models no longer in active service, would definitely be eligible for transfer to Ukraine through a drawdown authorized by President Biden.

If the U.S. government has indeed transferred AGM-88s to Ukraine, and these are capable of being fired from some of the country’s existing aircraft as Kahl indicated, rather than some kind of ground-based launcher, questions still remain as to what aircraft are able to fire these missiles and when and how that integration work was carried out. The War Zone‘s Tyler Rogoway explained previously how this might be achieved:

“Air launch is ideal for the AGM-88 as it provides for far better kinetic performance (longer range and speed). It also allows for a far better, elevated sensing position to organically detect the presence and general direction, or even geolocation, of a threat emitter. The AGM-88 could work with relatively minimal integration, potentially leveraging a federated interface, such as e-tablet, for very basic functionality. Ukraine’s fighters are Soviet-era machines and totally lack the right interfaces, including the basic bus architecture, for modern NATO-compatible weaponry. But it’s possible a relatively crude modification could have been adapted for this single weapon. There is also the possibility of a clandestine transfer of Soviet-era aircraft from NATO states that have been upgraded with NATO-standard bus architecture and adaptable avionics that could provide an interface for the HARM.”

Other missiles in U.S. inventory could potentially have been adapted to the anti-radiation role, too. However, this seems less likely, given that there are existing stockpiles of AGM-88s, a type that is also still in active production, all of which would mean that it would be easier to sustain deliveries of these weapons to Ukraine.

There is another possibility that Kahl could be referring to Soviet-era missiles, such as the Kh-31 or Kh-58, that are already compatible with certain Ukrainian aircraft. The U.S. military or Intelligence Community could have had some number of Kh-31s or similar missiles, acquired as part of so-called “Foreign Materiel Exploitation” (FME) efforts or through other means, that it then transferred to the Ukrainain Air Force. The U.S. government is known to have already sent Soviet and Russian-made Mi-17 helicopters, weapon systems, and other equipment to Ukraine from its FME stockpiles and other sources. Again, however, this seems much less likely given the other available evidence.

It’s worth noting that, during the thaw in U.S.-Russian relations following the collapse of the Soviet Union, in the 1990s, McDonnell Douglas (and later Boeing) did work with Russian firm Zveda-Strela to develop a derivative of the Kh-31 for U.S. military use high-speed targets, as you can read more about here. It’s unclear whether or not there are any of those MA-31 aerial targets are still in U.S. inventory. Regardless, they would have to be adapted to the anti-radiation missile application even if they were.