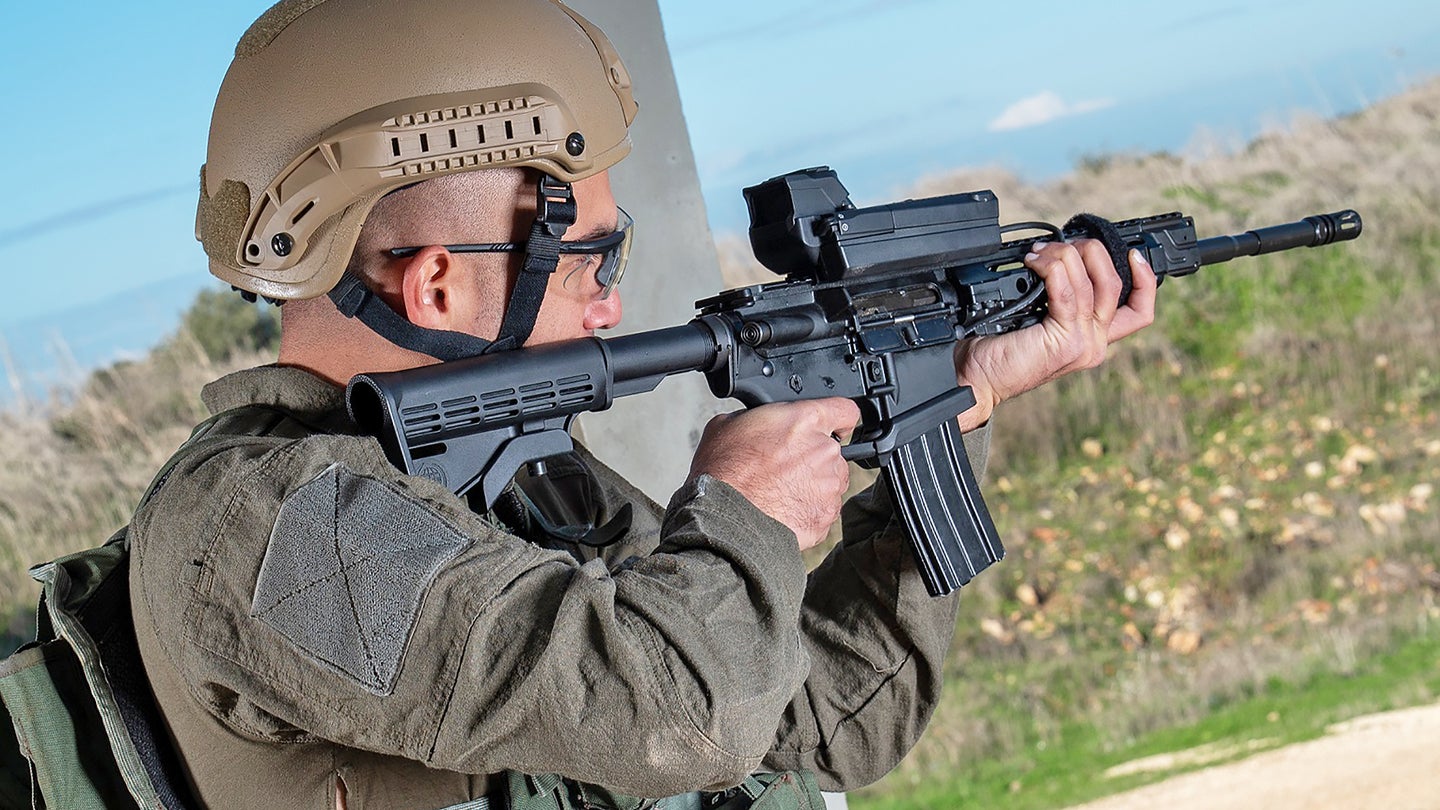 The U.S. Army has purchased SMASH 2000L computerized optical sight systems manufactured by the Israeli defense firm Smart Shooter. The company is highlighting the system’s counter-drone role, and both the Army and the U.S. Marine Corps have already acquired a limited number of older SMASH 2000 variants for this very purpose.

SMASH 2000L sights, with the ‘L’ standing for ‘light’, are designed for use on a variety of small arms to facilitate more accurate target engagement — basically shooting things with computer-aided precision. While the line’s newest addition is similar to its SMASH 2000 predecessor, Smart Shooter’s product literature for the earlier variant doesn’t officially detail its counter-small unmanned aerial systems (C-sUAS) role despite the company having frequently tested SMASH 2000 in these scenarios and the high interest in such a function by the marketplace. It is also important to note that Smart Shooter is marketing its newest sight to non-U.S. military customers as the SMASH 3000, so it will be referred to it as SMASH 2000L/3000 from here on out to avoid confusion.

In a press release, Smart Shooter explained that the company was awarded the contract from Atlantic Diving Supply, a U.S.-based contractor that provides military equipment to federal agencies, who then subcontracted with Smart Shooter to supply the Army with an undisclosed number of the SMASH 2000L/3000 sights. The contract’s dollar value was not divulged.

The announcement stated that the systems would be deployed specifically as part of the Army’s counter-small unmanned aerial systems (C-sUAS) defense strategy, which Smart Shooter had been testing with the Marine Corps using SMASH 2000 sights since last year. When SMASH first appeared with U.S. special operations units in Syria in June 2020, what looked to be similar evaluations of the earlier system were also being conducted.

In a number of photos taken during the tests, special operators at the At Tanf garrison in southern Syria could be seen using SMASH 2000 to fire at decoy targets hanging below commercial drones to evaluate the system’s sUAS targeting ability. While there is no official confirmation that this demonstration meant SMASH 2000 had been officially acquired by U.S. Special Operations Command (SOCOM), doing so, namely in the Middle East where the threat from drones has escalated dramatically with At Tanf coming under drone attack many times over the years, would make sense.

U.S. SOCOM has also hired Smart Shooter to develop a separate computerized small arms sighting system called the Individual Weapon Overmatch Optic, which The War Zone covered in detail here. Smart Shooter has even secured a contract with the U.S. Navy to see how a SMASH system optimized for C-sUAS operations would fare in a maritime environment, as drones have begun affecting this domain all the same.

Earlier variants of the SMASH system were initially selected by the Joint Counter-small Unmanned Aircraft Systems Office (JCO) in June 2020, and the press release explained that the purchase cemented SMASH as “the only dismounted kinetic solution to defeat drones.” It’s worth mentioning here that this would appear related to the previously noted emergence of SMASH systems with U.S. forces in Syria, as both developments occurred in June 2020, though it is unclear if that is the case.

“We are honored that the U.S. Army continues to value our true fire control systems, and once again selects the SMASH technology for the use of its soldiers,” said Smart Shooter CEO Michal Mor in the press release. “Whether mounted on a rifle or remotely controlled, the unique SMASH technology ensures precise target elimination by guaranteeing that shot accuracy will not be affected by human errors such as fatigue and stress, nor by the target movement.”

The company confirmed that the SMASH 2000L/3000 builds upon the earlier SMASH 2000, which you can read more about in this past War Zone piece. Like its predecessor, SMASH 2000L/3000 uses the series’ core concept made up of the main sight unit designed to be attached to a variety of compatible guns via a standard accessory rail. Then, using Smart Shooter’s own target acquisition and targeting algorithms, SMASH systems can increase the user’s hit probability and lethality dramatically. However, as the name suggests, SMASH 2000L/3000 comes with reductions in both weight and size and features a dedicated, official C-sUAS role.

Its rechargeable smart lithium-ion battery pack allows SMASH 2000L/3000 up to 72 hours of use, or what the company says equals out to about 3,600 SMASH-assisted shots. While Smart Shooter claims that the system can be fitted to most weapons, SMASH 2000L/3000’s datasheet on the company website only lists the M4, AR15, and SR25 (M110) as its supported weapons.

Using a see-through optics sight similar to a video camera, SMASH 2000L/3000 will detect possible targets, the user can “lock onto” the one of interest, and the system then computes the appropriate point of aim. Once locked in, SMASH 2000L/3000 can also maintain tracking of the target’s movements before a shot is taken, ostensibly even in crowded areas, which would be especially helpful in scenarios where target discrimination would be a challenge.

According to Smart Shooter, when operating in what the company calls ‘Drone Mode’, SMASH 2000L/3000 can recognize sUAS targets, automatically track their flight paths, provide aiming cues, and thereby allow the operator to more accurately engage what could otherwise be a very difficult target to take out.

The system also boasts connectivity with command, control, communications, computers, and intelligence (C4I) systems and external sensors. Smart Shooter has said that these networking capabilities would also allow the video feed taken from the system to be piped elsewhere, for both training and operational purposes. Important information could be projected into its viewfinder for soldiers to utilize, similar to an augmented reality fashion, as well. These networking abilities would mean that the SMASH 2000L/3000, just like its predecessor, could offer a secondary reconnaissance and surveillance capability, too.

If the system continues to perform positively, SMASH 2000L/3000 could make for a valuable addition to not only the Army’s counter-drone arsenal but the U.S. military’s as a whole. There has been a massive corresponding uptick in both drone and counter-drone technologies in recent years as the United States grows increasingly serious about the very real threat that unmanned systems pose.

While many of these capabilities often manifest as sizable missile or gun systems, directed energy systems like lasers, high-powered microwave emitters, drones that hunt other drones, and electronic warfare systems like handheld jamming guns, directly pairing a compact computerized targeting system with an average rifle could allow for greater flexibility and presence when it comes to addressing the rapidly growing threat posed by smaller unmanned aircraft.

The post Army Set To Buy Computerized Rifle Sights For Shooting Down Drones appeared first on The Drive.