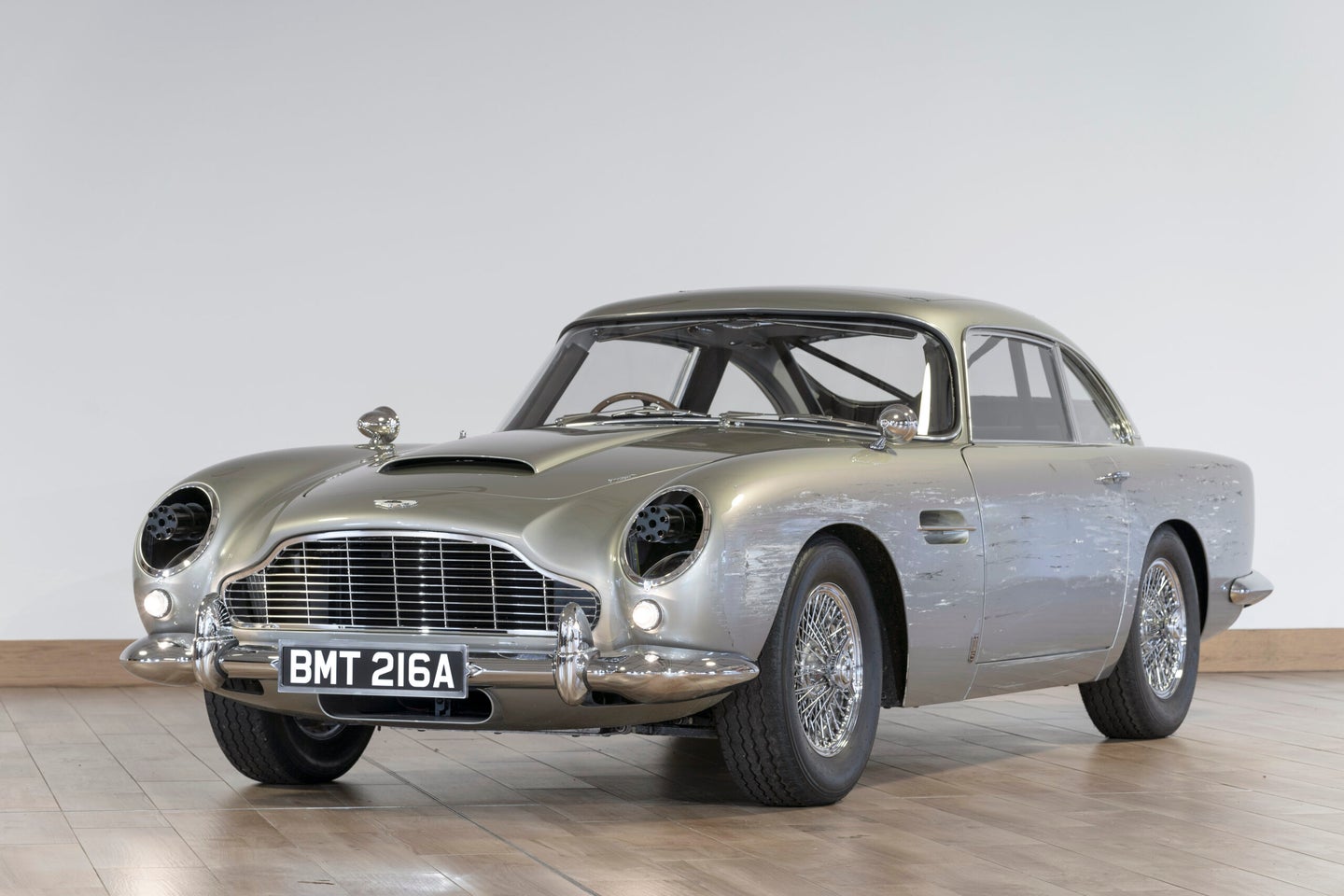 An Aston Martin DB5 stunt replica, complete with working gadgets and Gatling guns instead of headlights, has sold at a charity auction for $3.2M. Exclusively built and engineered by Aston Martin for the latest Bond movie No Time To Die, it is one of eight replica cars built for the movie and all of them are uniquely modified. This one is particularly neat.

Three special Aston Martin models were featured at the auction, with one of the other vehicles being a 1981 Aston Martin V8 driven by Daniel Craig in No Time To Die. That car was donated by EON Productions and fetched $702,000 to support UNHCR. The DB5 replica was donated by Aston Martin and proceeds went to The Prince’s Trust. The final vehicle was a new DBS Superleggera 007 Edition.

Both cars feature prominently in the film, with both driven by Bond himself. This particular DB5 stunt car features the aforementioned retractable headlights with machine guns, prop bomblets, and a rotating digital license plate. It also looks like it’s fitted with a roll cage for safety in stunt sequences, a stripped-out interior, a hydraulic drift handbrake, and a manual transmission. Some damage completes the look, though it isn’t clear if the scratches are fake or real.

By comparison, the V8 is totally stock. It looks unmodified and very much like a movie hero car. Stunt cars are usually stripped-out shells. This car seems to be in readily driveable condition and is a real collectible. Nothing beats the DB5 for most Bond fans, however.

Though I’m sure whoever bought the DB5 will stash it away in some perfectly-controlled garage, it is a shame that it’ll probably never be thrashed again. The hydraulic handbrake is just begging to be used. After all, it is a stunt car.