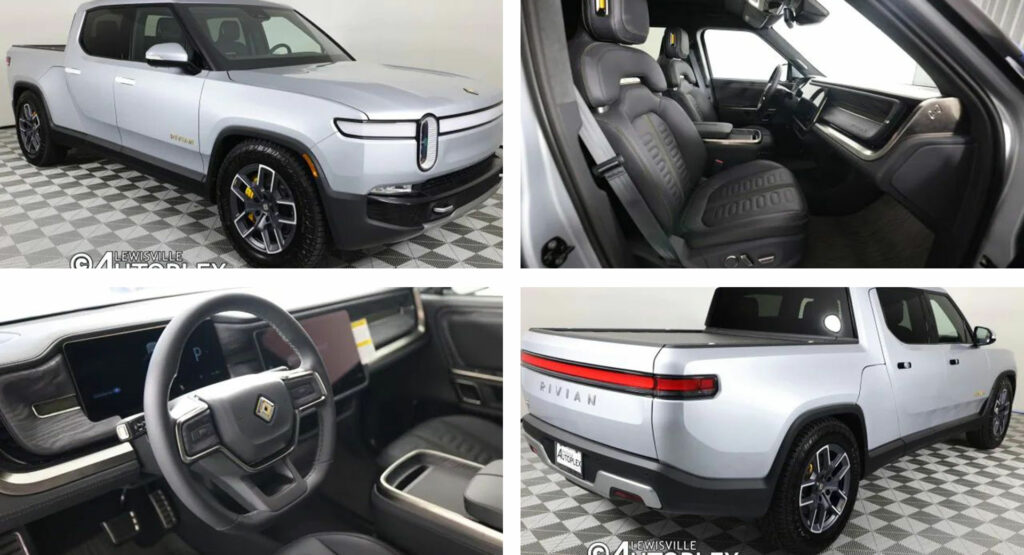 The all-electric Rivian R1T is one of the electric cars of the moment and with customer deliveries now underway, is starting to prove itself against its combustion-powered rivals. Curiously, one example has recently appeared for sale through IAAI but does not have any obvious damage.

The R1T in question is being sold as a Launch Edition model and unlike most cars that you’ll find on IAAI and other similar auction sites, the Rivian isn’t in a sorry state of disrepair. In fact, it looks brand new and that’s because it almost is.

Watch Also: The Rivian R1T Is Winning Drivers With Its All-Roundness

You see, while the car has been listed through IAAI, it is actually being sold by Lewisville Autoplex in Dallas, Texas, a dealership that stocks a plethora of new and pre-owned vehicles. Its listing doesn’t reveal why the original owner of the R1T has parted ways with it so quickly but confirms it is being sold with a clean Carfax report and has an asking price of $136,991. 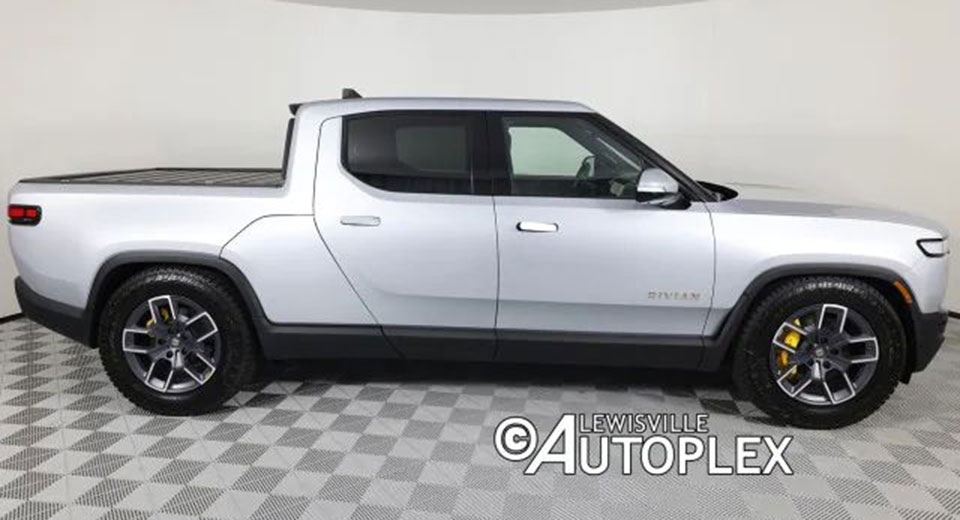 Adorning the exterior of the electric pickup is a simple shade that Rivian calls LA Silver. The R1T is also equipped with two-tone black and silver wheels and sports a set of bright yellow brake calipers. Given that the truck has only been driven 520 miles (836 miles), it comes as no surprise that it is in as-new condition and could prove to be the perfect option for someone who isn’t willing to order a new R1T and wait months to take delivery.