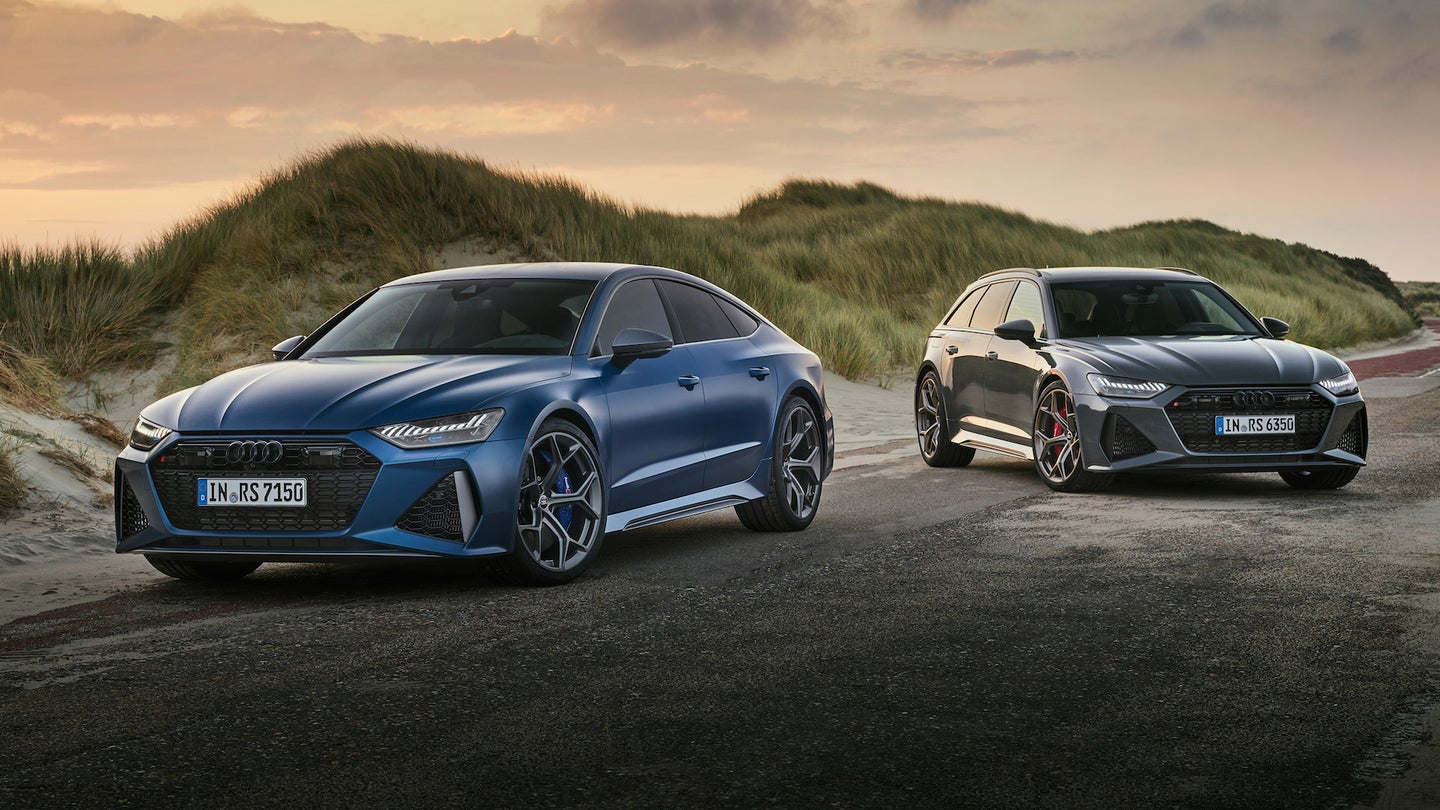 Possibly the last things the Audi RS6 and RS7 needed were more speed. But the march of technology is relentless, so Audi found ways to make its super-wagon and sedan twin significantly quicker. Thus, the Audi RS6 Avant Performance and RS7 Sportback Performance, which promise to be as big of handfuls as they are mouthfuls.

Carrying on the tradition from past top-performing Audi RS cars, the pair of RS Performance models gain power and shed weight to hack time off their 0-to-60 sprints and boost their top speeds. We’re talking two-tenths quicker, for 0-to-62 mph in 3.4 seconds, and a top speed of 180—it can be raised to 190, but more on that later. As for how Audi found more performance in what are already two of the fastest luxury cars on the planet, well, it took more than you might expect.

For starters, Audi amped up the cars’ shared 4.0-liter, twin-turbo hybrid V8 by 30 horsepower and 37 pound-feet of torque, for a total of 621 hp and 627 lb-ft. That goes through an eight-speed automatic transmission to Quattro all-wheel drive with an improved center locking differential, now lighter and smaller. It sends up to 60% of the torque rearward by default but can split it up to 70% front or 85% rear based on wheel slip.

As for the wheels, the Performance models are available with a new set of lightweight 22-inchers, weighing 11 pounds less per corner. The chassis itself is 18 pounds due to reduced sound insulation, while a further 75 pounds of unsprung mass can be eliminated with carbon-ceramic brakes available with the RS Dynamics Package. Between them and 285-section Continental Sport Contact 7 tires, the Performance models can achieve 62-to-0 stopping distances up to 6.6 feet shorter. That’s vital if you’re shooting for the 190-mph top speed the RS Dynamics Package enables.

While the RS6 Avant Performance and RS7 Sportback Performance will be available in Europe in December, an Audi spokesperson told The Drive they don’t anticipate they will arrive in the United States until the 2024 model year. Pricing and availability information for the U.S. aren’t expected until summer 2023 but going by past Performance models’ strict availability, there won’t be many to go around. Plus, it’s best if you work out in advance whether you can afford the roughly €135,000 (around $139,500) one will run before you get to dreaming about the RS6 Performance—or the “very special,” still higher-performing version supposedly yet to come.