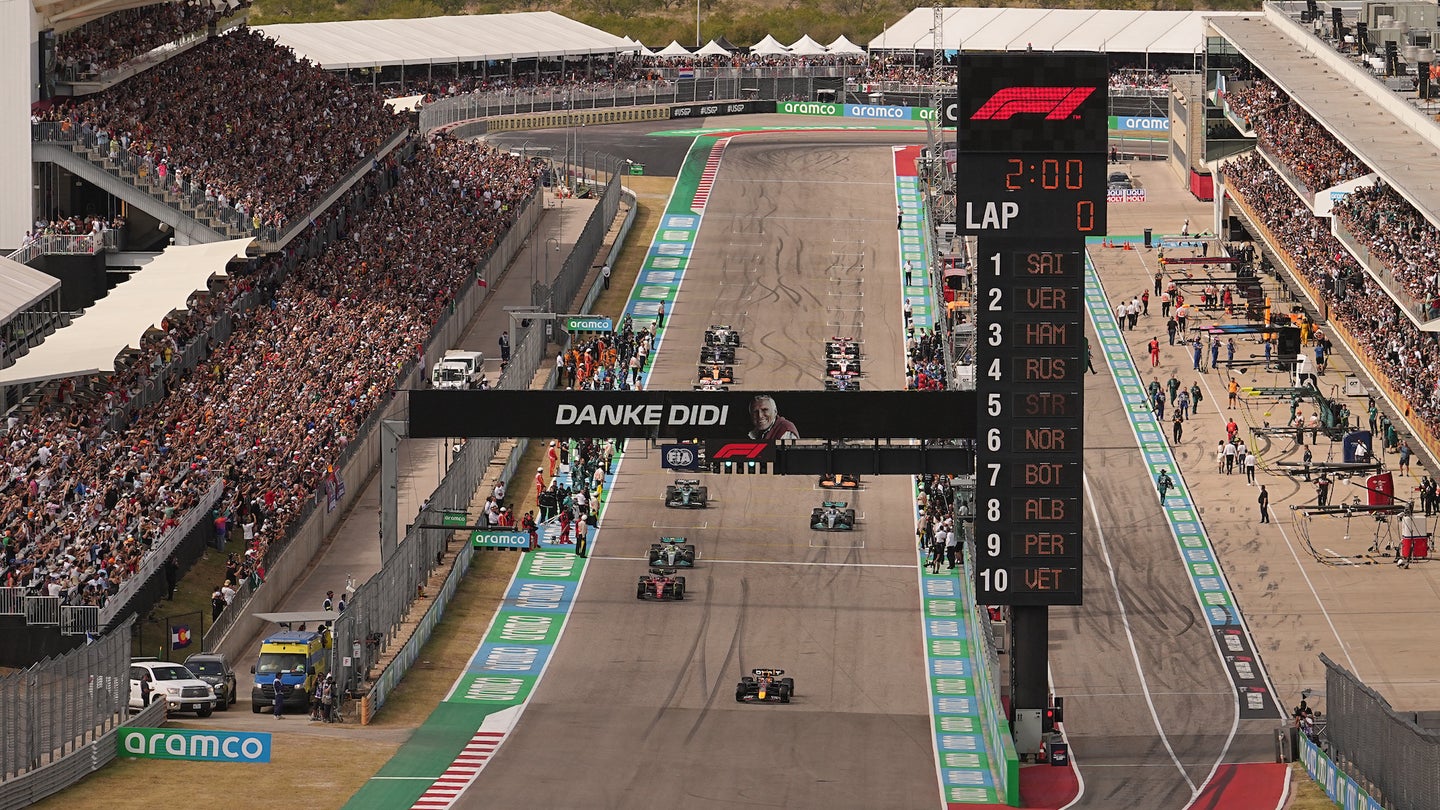 Formula 1 confirmed Wednesday morning the roster of venues to hold a Sprint race in 2023. The list now includes six race tracks from the 2023 calendar, which is double the number of Sprint races held in 2022. The format was introduced in 2021 to bring more on-track action to fans at venues and watching on TV. And despite several racers complaining about the format feeling artificial or gimmicky, F1 officials claim that ratings so far prove that fans have welcomed them with open arms.

Most notably, the United States will hold its first-ever Sprint race in October of next year, when the F1 circus visits the Circuit of the Americas in Austin, Texas. This is the only Sprint race taking place in North America in 2023, as Miami, Canada, Mexico, and Vegas will hold traditional Grand Prix weekends.

Other standouts include Baku in Azerbaijan. Its extremely narrow sections will prove challenging for the drivers, some who will be hungry to fight for position and others who will want to stay out of harm’s way to remain intact for Sunday’s main show. As we saw during Brazil’s Sprint race in November, a shuffled field packed with drivers chasing their own objectives made for a spectacular 30 minutes of racing.

Another newcomer to the Sprint calendar is Spa, which truly is a great thing for F1 and F1 fans around the world. Watching drivers blast through Eau Rouge is always a treat, and seeing more of that in 2023 will be fantastic. Austria and Brazil are the only two venues hosting Sprint races in back-to-back years.

“We have seen a hugely positive reaction to the F1 Sprint events during the first two years of its running, and we can’t wait to bring even more action to fans with six events next year, including our first US F1 Sprint in Austin,” he said. “The introduction of the F1 Sprint has created a race weekend that includes three days of competitive racing action and brings more entertainment to fans of the sport as well as additional value for key stakeholders including teams, broadcasters, partners, and host venues.”

The post Austin To Host One of Six F1 Sprint Races Planned for 2023 appeared first on The Drive.