Automatic Emergency Braking Isn’t As Safe as You Might Think: AAA 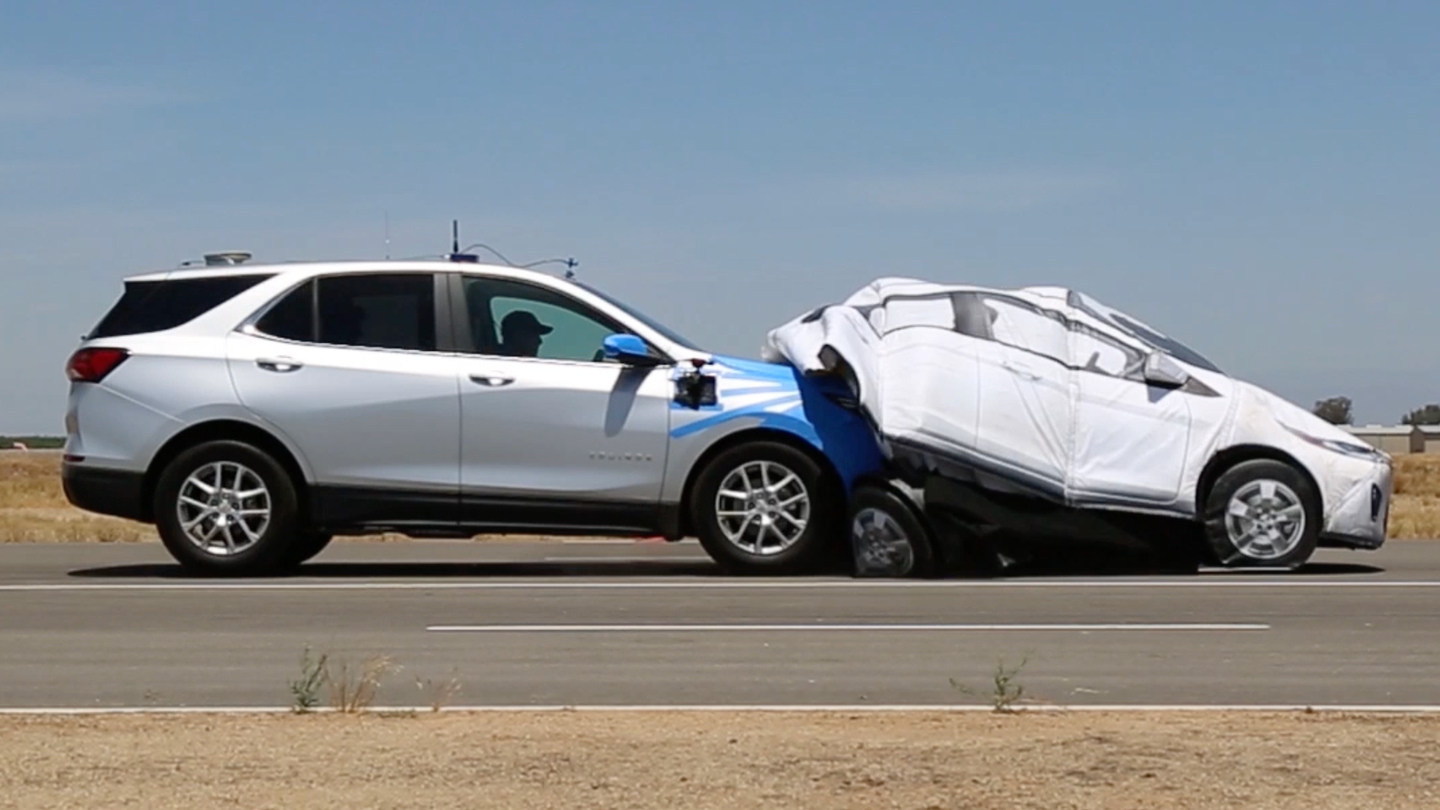 AAA took a range of modern vehicles equipped with AEB to determine just how well these systems work in practice. The testing concerned T-bone crashes and incidents with cars turning left across traffic, as well as rear-end crashes at 30 and 40 mph. The tests were performed with a selection of popular SUVs, with AAA selecting 2022 models of the Honda CR-V, Ford Explorer, Chevrolet Equinox, and Toyota RAV4 for the project.

At 30 mph, AAA’s testing found that AEB was able to avoid a collision entirely 17 times out of 20, an 85 percent success rate. In the other three cases, speed was reduced by 86 percent prior to impact. Performance was worse at 40 mph, with AEB only avoiding a crash six times out of 20 tests, a 30 percent success rate. Impact speed was reduced by 62 percent on average in the 14 tests where a collision did occur.

Performance in left-turn and T-bone scenarios was more disappointing. Cars traveling straight on could not detect these threats and failed to avoid the crashes, slow down, or even warn the driver prior to impact.

These scenarios are far tougher than the usual NHTSA tests for AEB, which involve rear-end collisions at 12 and 25 mph. AAA’s testing was intended to highlight the fact that in real-world scenarios, the technology is perhaps more limited than drivers might expect.

“Testing requirements for this technology, or any vehicle safety system for that matter, must be updated to handle faster, more realistic speeds and scenarios with the greatest safety benefit for drivers,” Greg Brannon, director of AAA’s automotive engineering and industry relations, said.

You can see footage of AAA’s testing below.

AEB was first implemented on high-end luxury models, but is now commonly available on most automobiles sold today. Automakers covering 99 percent of the United States market have committed to providing the feature on all new vehicles from Sept. 1, 2022, onwards. Cars equipped with AEB typically use cameras, lidar, or radar to detect the potential for a collision, and apply the brakes to reduce the severity of a crash or, ideally, avoid it entirely.

But these tests go to show that AEB is very much a last line of defense when it comes to avoiding collisions. In the case of some of the most popular vehicles on the market, it’s really only adept at avoiding simple low-speed crashes. It’s nice to have, but certainly not a road safety panacea.

The post Automatic Emergency Braking Isn’t As Safe as You Might Think: AAA appeared first on The Drive.