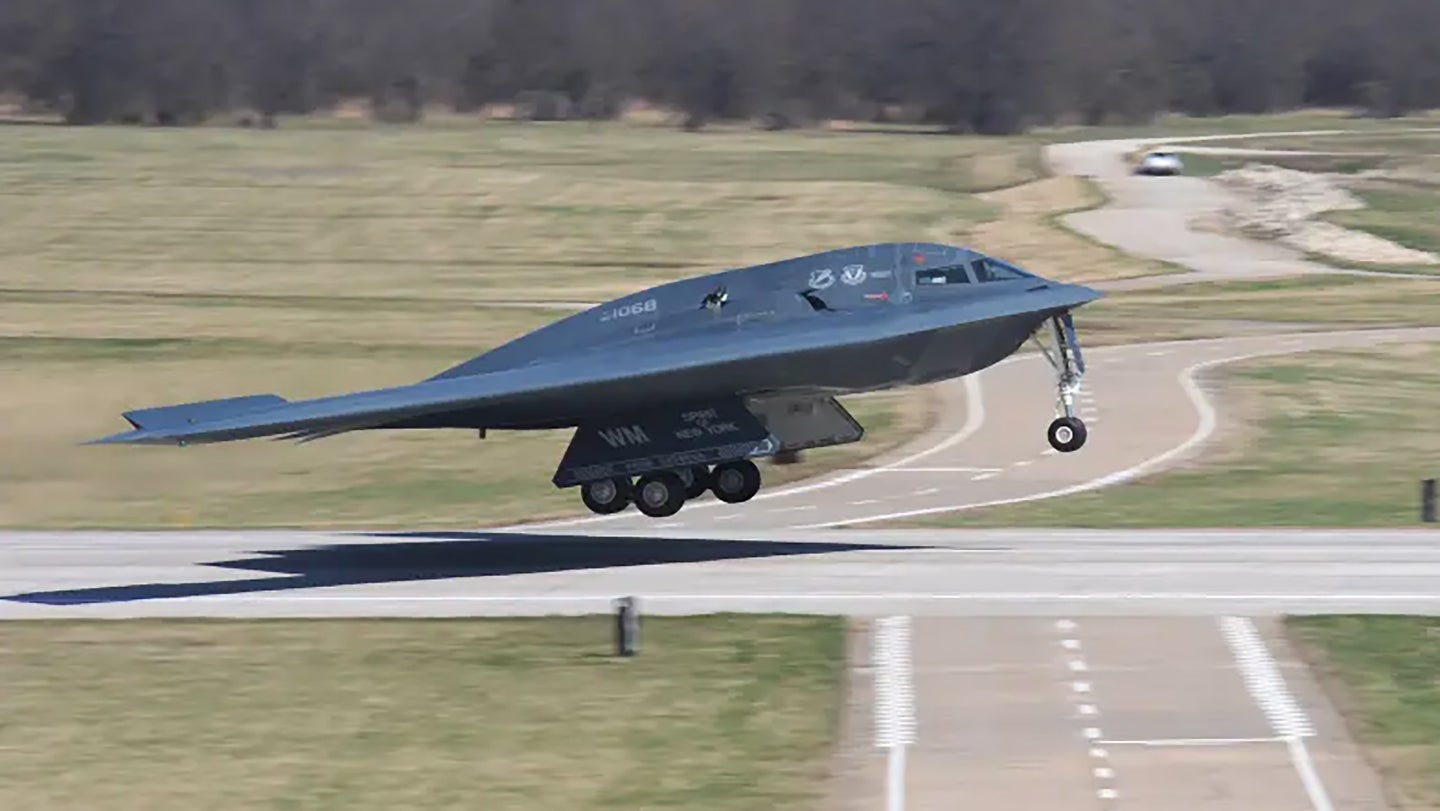 A B-2A Spirit stealth bomber experienced an in-flight emergency that resulting in an emergency landing that sparked a fire and damaged the aircraft. The incident occurred at Whiteman AFB in Missouri, where the fleet of just 20 B-2s in existence is primarily based.

The War Zone reached out to the 509th Bomb Wing public affairs for comment and they promptly responded with this description of the event:

“A U.S. Air Force B-2 Spirit experienced an in-flight malfunction during routine operations today and was damaged on the runway at Whiteman Air Force Base after it successfully completed an emergency landing. There were no personnel injuries. There was a fire associated with the aircraft after landing, and the base fire department extinguished the fire. The incident is under investigation.“

Talk of some sort of incident involving a B-2 first emerged on social media. Now we at least have confirmation of the incident and that nobody was hurt.

This mishap follows a somewhat similar event that occurred in September of 2021. The B-2 involved in that incident was left wing down into the dirt after skidding off the runway during an emergency landing. It was patched-up and flown to Plant 42 in Palmdale, California for extensive repairs after a year on the ground at Whiteman AFB.

With such a tiny fleet, and just over half of it being fully operational at any given, any significant damage to a B-2 is a major event. In the past, the USAF has gone to great lengths to repair the precious bombers when they are badly damaged. Still, the fact that nobody was hurt in this incident is great news.

We will report back with more details about the incident — in particular, the condition of the airframe — when we hear more.

The post B-2 Stealth Bomber Damaged During Emergency Landing appeared first on The Drive.