B-21 Raider’s First Flight Has Been Grounded Until 2023 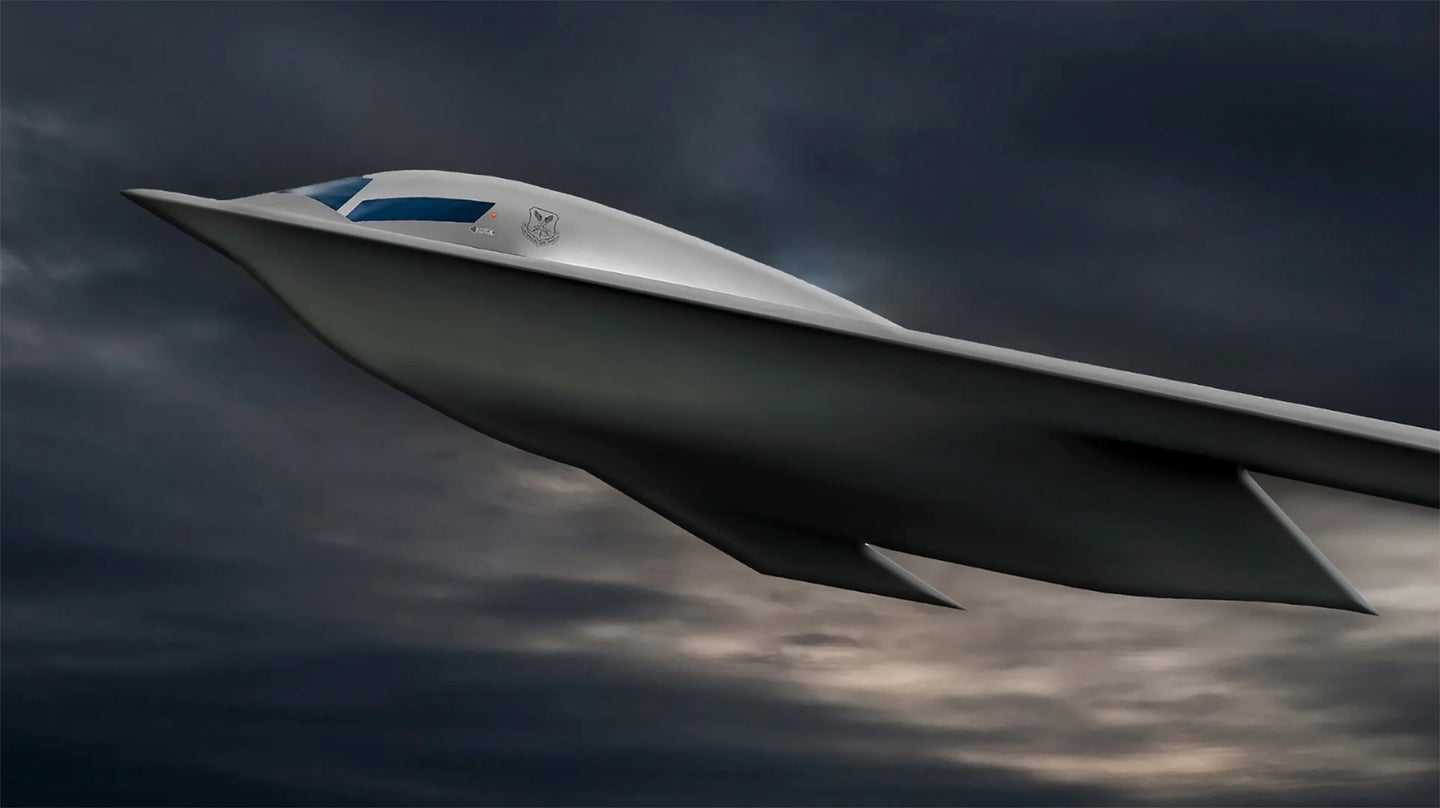 Northrop Grumman’s B-21 Raider will not make its first flight in 2022, as previously planned. The U.S. Air Force now projects the highly-anticipated bomber will take to the skies in 2023 – an added delay of at least six months.

News of the delay has come via a report by Air Force Magazine. While the service aims to remain “transparent” on production times of its key capabilities, the unnamed Air Force spokeswoman cited in the article did not explain the specific reasons for the delay. As Air Force Magazine suggests, this may be down to supply-chain issues and labor shortages or because of a specific anomaly discovered during testing.

Overall, B-21 production “remains within its acquisition program baseline for cost, schedule, and performance established at Milestone B award, which was based on an independent government estimate for the program,” the spokeswoman said.

“B-21 program continues to ensure the first flight test aircraft is a high-quality build and production-representative, in order to drive an efficient flight test campaign and rapidly field this critical combat capability.”

The USAF’s choice not to disclose the precise reason why the B-21’s first flight has been pushed back also pertains to the protection of sensitive information, the spokeswoman indicated – specifically “sensitive program information” at potential risk of “adversary exploitation.”

Since the USAF awarded Northrop Grumman the development contract for the B-21 in late-2015, details on its production status and capabilities have been kept largely secret. At least six examples of the B-21 are under construction at Northrop Grumman’s facility at Air Force Plant 42 in Palmdale, California, as of February 2022.

B-21 production remains a “top priority” for the DoD and the Air Force. According to recent comments made by Northrop Grumman President and CEO Kathy Warden, the Air Force is accelerating the B-21 program by layering production on top of the development phase. The Air Force originally aimed to build at least 100 Raiders, although this number has increased to at least 145.

“The program’s going really, really well. But there’s a lot of work to go,” Lt. Gen. Duke Z. Richardson, the USAF’s top acquisition official, told members of the Senate Armed Services Committee very recently. “I don’t know what bumps may come, but there will be bumps along the road, as we finish out the program, and we need to work through them.” He added that he didn’t know of any problems with the B-21 as of the time of the hearing.

The new stealth bomber constitutes a key aspect of the Pentagon’s nuclear modernization initiative, as well as packing a massive conventional punch. The B-21’s capabilities will go beyond long-range bombing. As The War Zone has previously outlined, it will be an optionally-manned, nuclear-capable, multi-role strike and intelligence, surveillance, and reconnaissance (ISR) platform. Thanks to the B-21’s broadband low-observability (next-generation stealth technology), the aircraft will be able to perform long-range missions into advanced air defense networks. It will also work as something of a command and control and networking hub for unmanned aircraft, including possibly a long-range unmanned combat air vehicle of its own.

Randall Walden, director of USAF’s Rapid Capabilities Office, which is leading the development of the B-21, recently indicated that the aircraft’s loads testing matches computer predictions following recent static trials. A rollout is expected to quickly follow the completion of these tests, according to Walden.

While the B-21 remains a shining star when it comes to cost and schedule-keeping of big-ticket weapons programs, the delays are mounting. This may not impact the immediate goals of the program, but no testing goes perfectly as planned, especially for what will be the most complex flying machine on earth. Concurrently producing aircraft during testing will also add additional risk to the program, but the Air Force seems confident that the B-21 program is currently positioned to handle that risk. Of course, the public knows so little in terms of details as to what is going on with the B-21’s development that it is hard to do much more than take the service and members of congress on their word. This will likely begin to change once the bomber emerges from the shadows, which could be fairly soon.

The post B-21 Raider’s First Flight Has Been Grounded Until 2023 appeared first on The Drive.