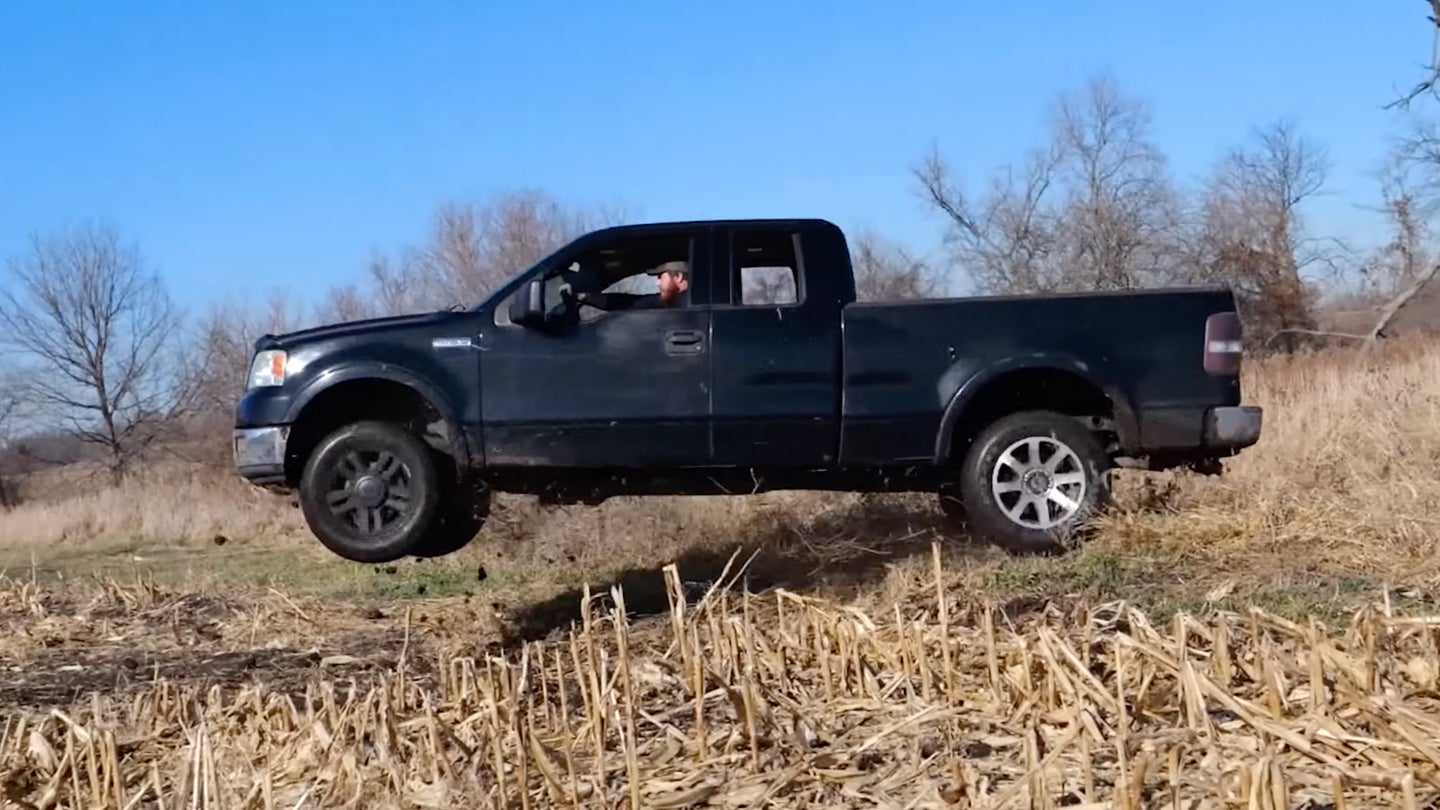 Frame rust is bad, that’s no secret. Anyone who’s shopped for an XJ Jeep Cherokee, second-gen Toyota 4Runner, or pretty much any Ford F-150 knows to look for signs offrame rust, as it can quickly become a problem. How big of a problem? Just check out this video from Junkyard Digs, in which the two hosts conduct some backyard crash tests with a very rusty 2005 F-150.

As with many older F-150s that live in humid climates, the truck in this video has tons of frame rust and the Junkyard Digs hosts want to prove just how dangerous that can be. To do so, they put the F-150 through a gauntlet of tests and then compare their results to official crash tests of new F-150s, to show the differences between a normal frame and a rusty one.

In one test, they got the F-150 airborne, to show what happens to a rusty frame when the entire weight of the truck comes down on it from a couple feet in the air. In slow motion, you can clearly see the frame flexed far more than it should, causing body panels to deform and shift. Obviously, launching an F-150 into the air isn’t going to be a typical use case for most customers but it’s an extreme sort of torture test and proves a point.

Next, they decided to simulate a pretty typical rear end collision by backing the truck up into an old willow tree at pretty low speeds. The first test was at around 13 mph, which is a pretty low-speed crash, typically seen in dense traffic. Despite the low speed, it bent the rear end of the frame behind the tailgate pretty significantly. If that was a real world crash, the truck would likely be totaled. Then, they decided to do it again, this time they got the speed up to almost 15 mph, and the results were drastically different. At 15 mph, the trucks rear end completely folded, rendering the truck basically un-drivable.

Of course, hitting a completely unmovable object, like an old willow tree, is far different from hitting another car. Another car would absorb some of the impact’s energy, which would help the rusty truck out a bit. However, it would still be in pretty bad shape.

Afterward, they conduct a few more crash tests to further prove their point. The lesson of this story is that rusty frames can be incredibly dangerous and, when shopping for a truck or SUV with body-on-frame construction, you should always be careful to check for rust.

The post Backyard Crash Test Shows How Dangerous a Rusty Truck Frame Can Be appeared first on The Drive.