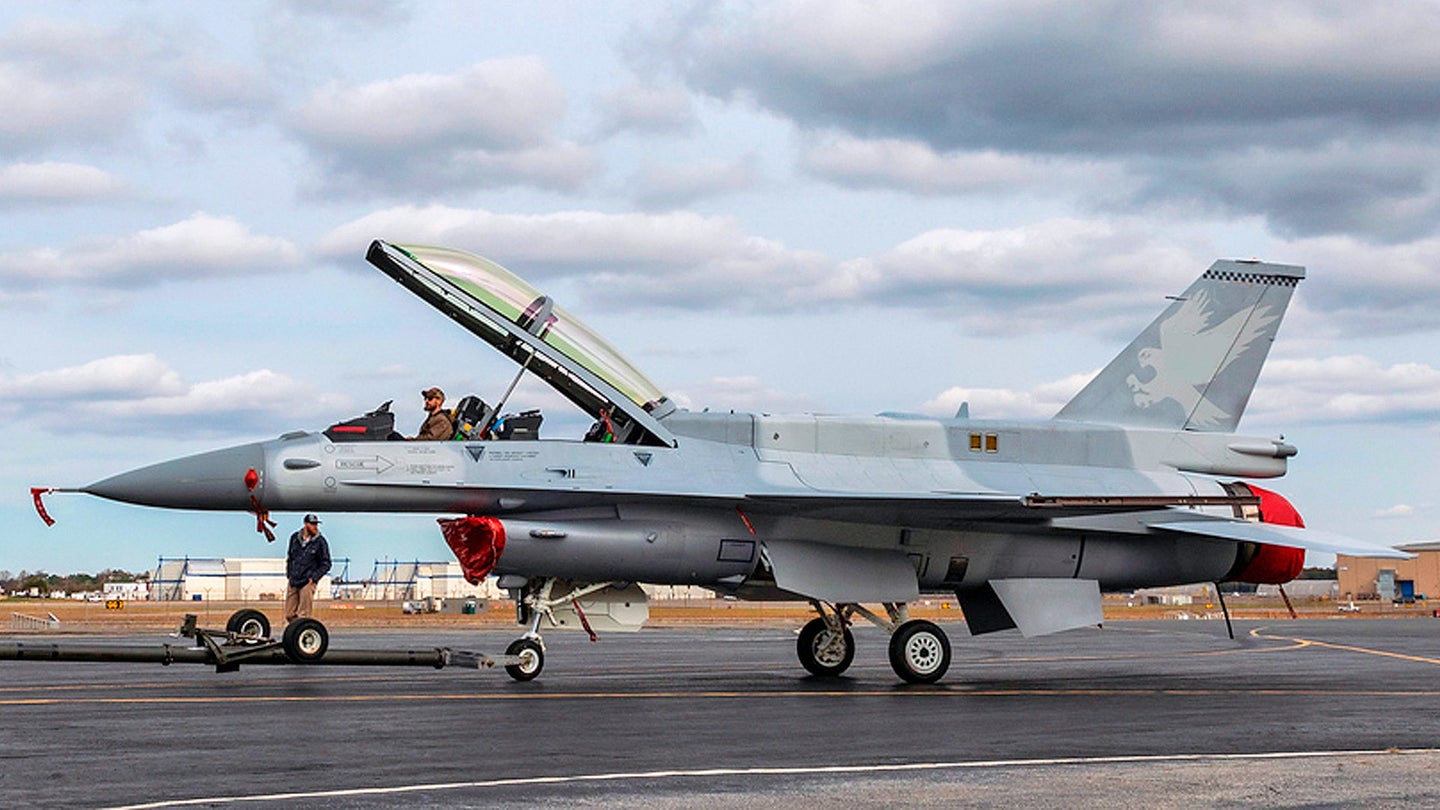 Lockheed Martin has now given us our full look at the first F-16 Viper fighter to roll off its production line in South Carolina. The jet, one of a batch of 16 the company is building for Bahrain, is also the first new-production F-16 in the Block 70/72 configuration and is expected to make its first flight early next year.

In a statement to The War Zone, Lockheed Martin confirmed that the jet in question recently completed the final assembly and checkout (FACO) and paint phases of its production. It is now headed to the flight line ahead of its maiden flight.

In a post on LinkedIn yesterday, O.J. Sanchez, Integrated Fighter Group Vice President and General Manager at Lockheed Martin, described the roll-out as an “outstanding accomplishment,” especially for the Greenville, South Carolina plant, and said “more to come and eyes forward!”

In 2017, Lockheed Martin announced it was moving production of the F-16 from its main production facility in Fort Worth, Texas, to a smaller plant in Greenville, South Carolina. This came amid a growing focus on the F-35, which is still produced at Fort Worth, and what appeared to be dwindling demand for the Viper. As The War Zone reported at the time, this appeared to be a smart move on many levels and one that could help save the F-16 production line from being shuttered altogether. Since then, interest in the advanced Block 70/72 variants of the F-16 has surged and translated into significant orders for those jets.

The Greenville line already has a backlog of 128 F-16s, including the 16 for Bahrain. Additional Vipers are under construction for Slovakia and Bulgaria, and others are on order for Taiwan and another unspecified country, according to Lockheed Martin. The company already predicts the backlog to grow to at least 136 with an expected contract for eight new jets for Jordan. The Bulgarian authorities have approved plans to purchase a second tranche of the fighters, too.

The Block 70/72 configuration is based on an advanced upgrade package Lockheed Martin developed for older F-16 Vipers. Vipers that receive those upgrades, the first examples of which entered service in Taiwan in last year, are re-designated F-16Vs.

The difference between the Block 70 and 72 sub-variants is the engine, with the former jets featuring the General Electric F110, while the latter are powered by the Pratt & Whitney F100.

Other options are available in combination with the Block 70/72 configuration. For instance, the picture of the first Block 70 F-16 for Bahrain, seen at the top of this story, shows it is a two-seat jet with an enlarged dorsal spine seen on some earlier Viper variants that can accommodate additional avionics, communications systems, countermeasures, and more. Previous artwork of a future single-seat Bahraini Block 70 F-16, seen below, shows the aircraft fitted with range-extending conformal fuel tanks. Lockheed Martin said two years ago that it was looking to eventually move to a more standardized configuration, which you can read more about here.

As it stands now, Lockheed Martin expects Block 70/72 F-16 production to significantly ramp up next year at Greenville and for its existing backlog to already keep the plant busy into the mid-to-late 2020s.

The first jet for Bahrain is set to be initially turned over to the U.S. government in the first quarter of 2023, after which it will undergo flight testing at Edwards Air Force Base in California. Then it will be delivered to the customer. This is a common procedure for the transfer of combat aircraft, among other major weapon systems, that U.S. allies and partners acquire through the Foreign Military Sales (FMS) process.

There have been reports that Monessa “Siren” Balzhiser, a former U.S. Air Force F-16 pilot who became Lockheed Martin’s first female test pilot last year, could be the one to take the reigns of the Bahraini Viper on its maiden flight.

“In the Air Force, my previous background, I was only in the F-16,” Balzhiser, who has now flown stealthy F-35 Joint Strike Fighters in her test pilot role, said in a recent interview with WCNC, an NBC affiliate in Charlotte, North Carolina. “I’ve had 16 years in it, so it’s familiar.”

“The F-16 was here in Fort Worth, Texas, and it was moved over to Greenville, South Carolina to revive the F-16 for a lot of our foreign military partners that have purchased the newest block that we have coming out,” Balzhiser added. “So hopefully, you’ll see that jet or that aircraft fly. It’s been many years in the making, since we’ve moved the production line.”

Altogether, the F-16 production line, which looks like it has a remarkably bright future ahead of it despite looking like it might be in its twilight just five years ago, appears set to see a number of historic ‘firsts’ early next year.

The post Behold The First F-16 Viper Built In South Carolina appeared first on The Drive.