Bentley Wants Higher Weight Limits Because Its Cars Are Too Heavy 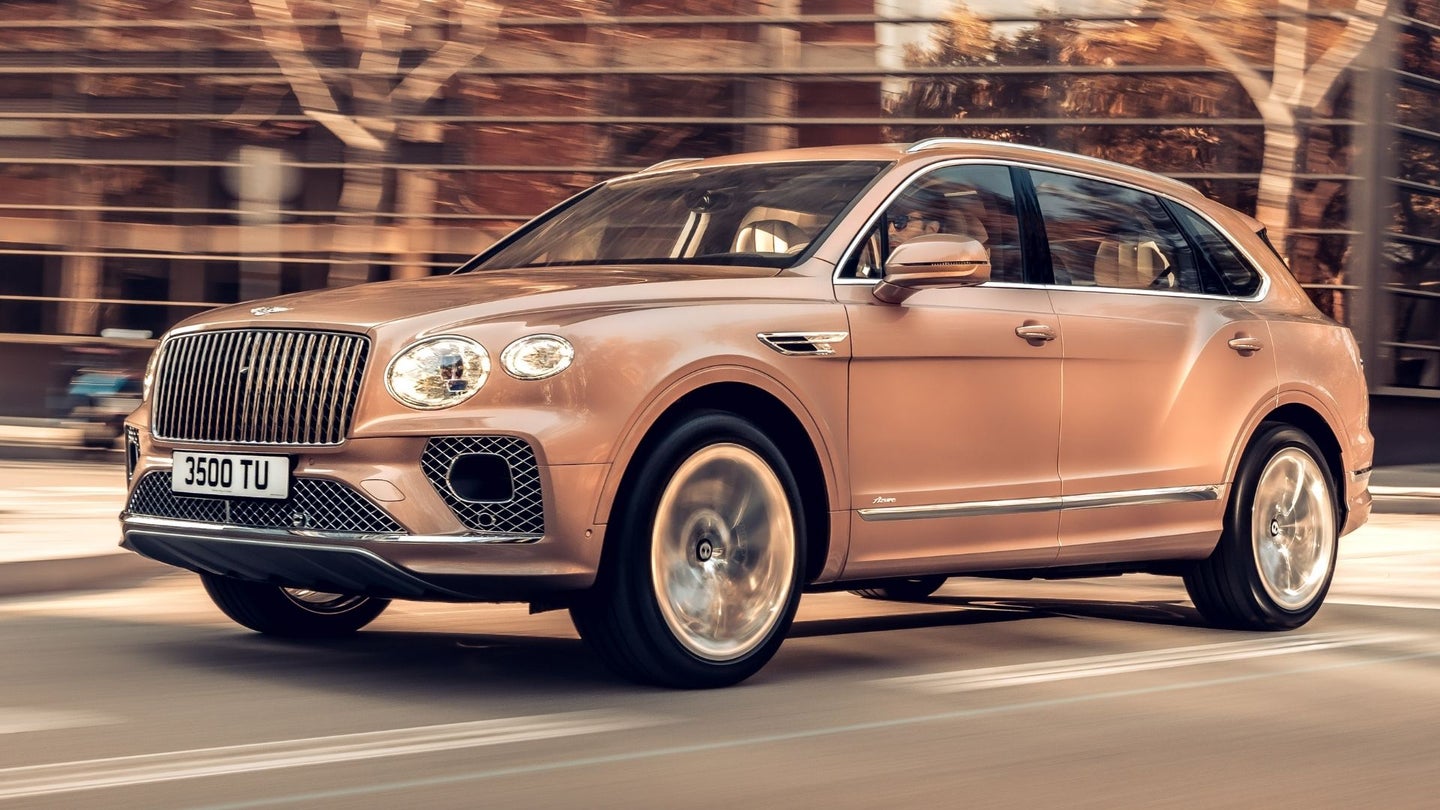 At 5,542 pounds, the 2023 Bentley Bentayga EWB (extended wheelbase) is already on the heavy side. With a gross vehicle mass of 7,165 pounds (3,250 kg)–which is 1,000 pounds heavier than the curb weight of the new Ford F-150 Lightning–the Bentley is approaching the edge of the European Union’s regulations. The British brand is actively lobbying to change that.

For scale, even at gross vehicle weight (which includes all of the luggage and passengers it can hold) the Bentley is still nearly a ton lighter than a Hummer EV. The GMC has a battery that weighs almost 3,000 pounds all by itself, and that doesn’t seem to be an issue in the U.S. But in the EU, the Bentley’s gross weight is going to be pushing the top limit for a regular driver’s license, which is 7,716 pounds (3,500 kg). Bentley doesn’t want its customers to be forced to get a truck license to drive its stretched Bentayga.

In the United States, which has much larger roads and highway systems, the weight limit is much more forgiving. A Class C license (which is the average license for cars, pickups, and SUVs) is good up to and including “26,000 pounds towing a farm trailer with a GVWR that does not exceed 20,000 pounds,” according to the Texas Department of Public Safety.

Bentley product line director Chris Cole told Australia-based carsales.com at a Bentley Bentayga sneak preview that the Volkswagen Group was leveraging its power in the market to lobby the EU for higher weight limits in Europe.

“At the moment, with current technology, the gross vehicle weight will be hitting the [license] ceiling of all of Europe,” Cole said. “That’s an active conversation with the certification authorities as the situation changes.”

Cole was quoted as saying that the law was designed to incentivize automakers to build lighter cars for better fuel economy, but that may not be relevant when the vehicles are electric. While that may be a fair point, that doesn’t address the wear and tear on the roads.

It remains to be seen if the EU will budge on its regulations (and as we all know, governments move verrrrrrrry slowly), but in the meantime Bentley Bentayga EWB owners in Europe may want to pack light for family road trips.

The post Bentley Wants Higher Weight Limits Because Its Cars Are Too Heavy appeared first on The Drive.