Biker rides under a trailer in Malaysia for TikTok video 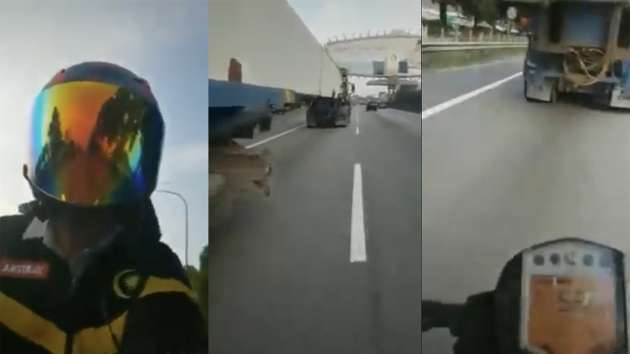 Malaysia’s TikTok craze is causing all kinds of inappropriate behaviour. In a new stunt to get social media likes and fame, a Malaysian TikTok user has posted a damning video showing himself riding through, as in under a trailer carrying a long load, Fast & Furious-style.

Worse still, the act was clearly recorded using a handheld device – likely a smartphone – as the rider turned it around after the act to show himself. So not only was the stunt incredibly dangerous to be done on a public road, it was executed with only one hand on the bike!

Malaysians, please stop doing this. It’s dangerous, it’s inappropriate, it’s just plain silly. And all that just for virtual fame and the ensuing backlash after? Hardly worth it now, is it?

The post Biker rides under a trailer in Malaysia for TikTok video appeared first on Paul Tan's Automotive News.