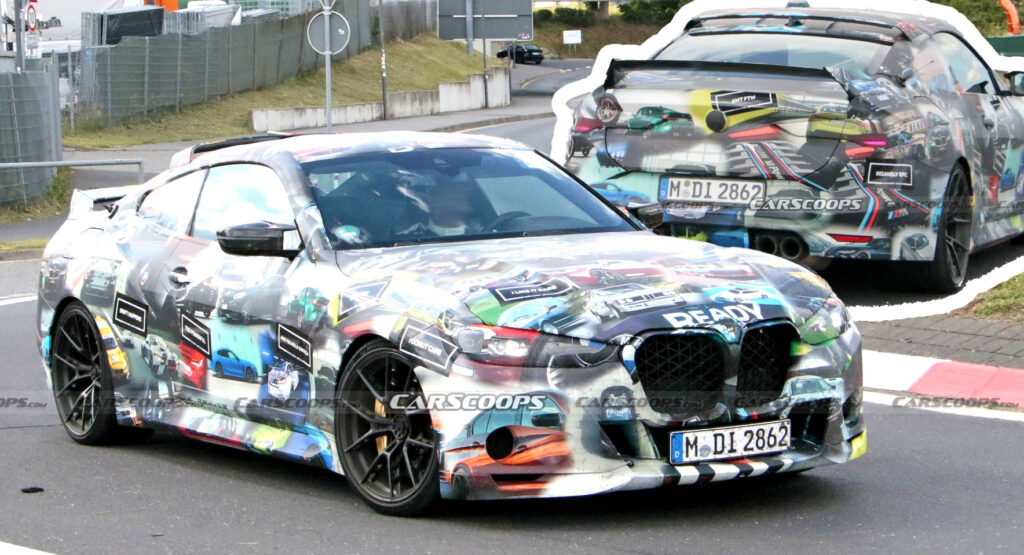 We just got our hands on a new set of images of the M4-based special from BMW  which we’ve added to the gallery below (Updated 6/29/2022).

Following the official confirmation and the recent teasers, our spy photographers caught a prototype of the upcoming BMW 3.0 CSL Hommage testing outside the BMW premises in Germany. The limited-production special features its own unique body panels, distinguishing it from the M4 on which it is based.

The prototype is wearing an unconventional camouflage wrap with photos of several models from BMW M printed on the bodywork. Among them, we can spot the original 3.0 CSL from the ’70s which served as an inspiration for the design of the anniversary special. 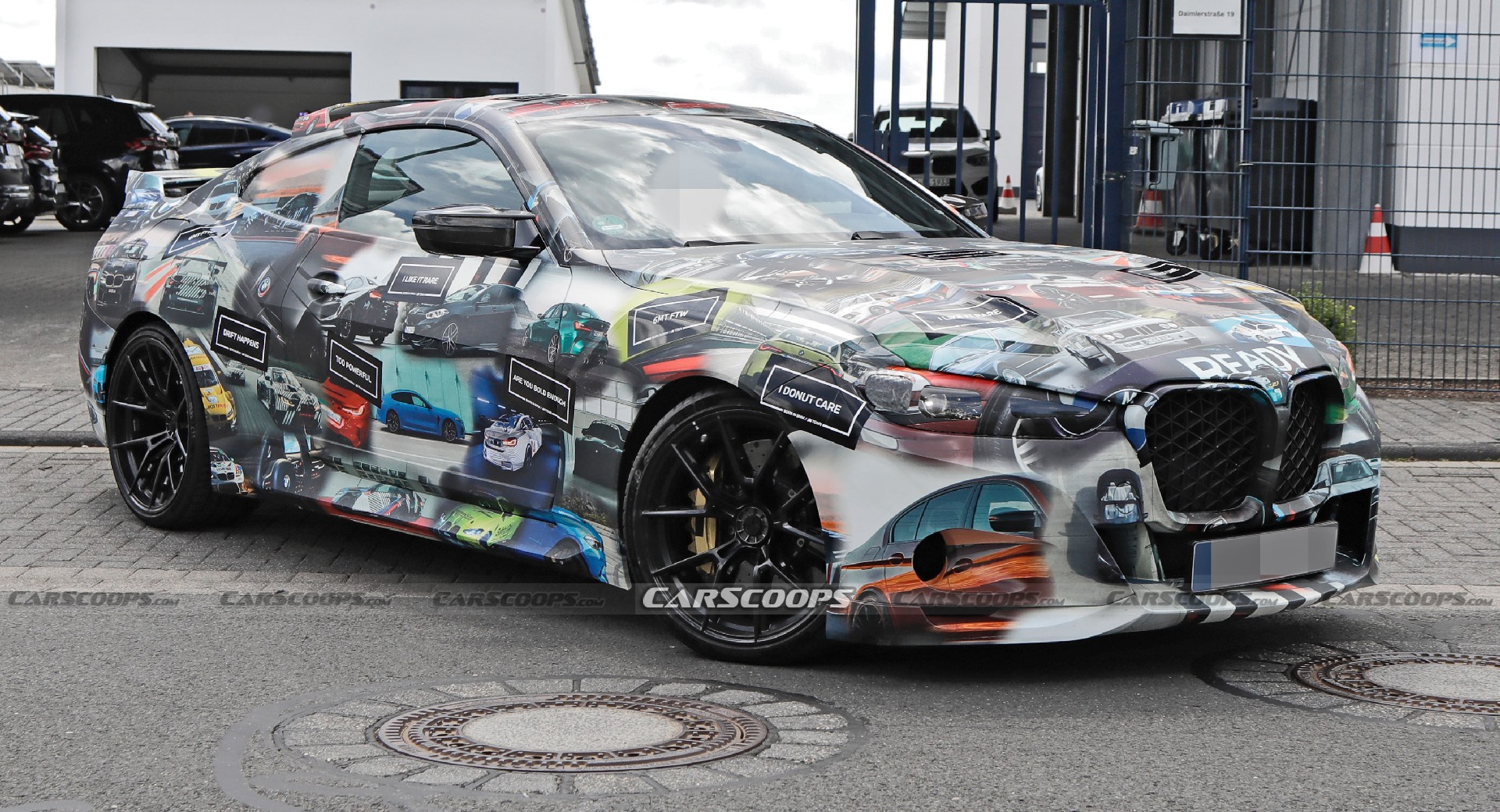 While the relation to the M4 is obvious due to the similar proportions and the identical greenhouse, the majority of the CSL Hommage’s front and rear body panels appear to be new. The stylish front grille and the round intakes on the front bumper are reminiscent of the 2015 BMW 3.0 CSL Hommage Concept, although the headlights appear to be the same as in the M4.

The 3.0 CSL also comes with a more sculpted bonnet, wider front and rear fenders, and a redesigned tail. At the back, we can see a roof spoiler and a fixed rear wing, with unique LED taillights that are more elongated than in the M3/M4, and a new diffuser housing the quad exhaust pipes. 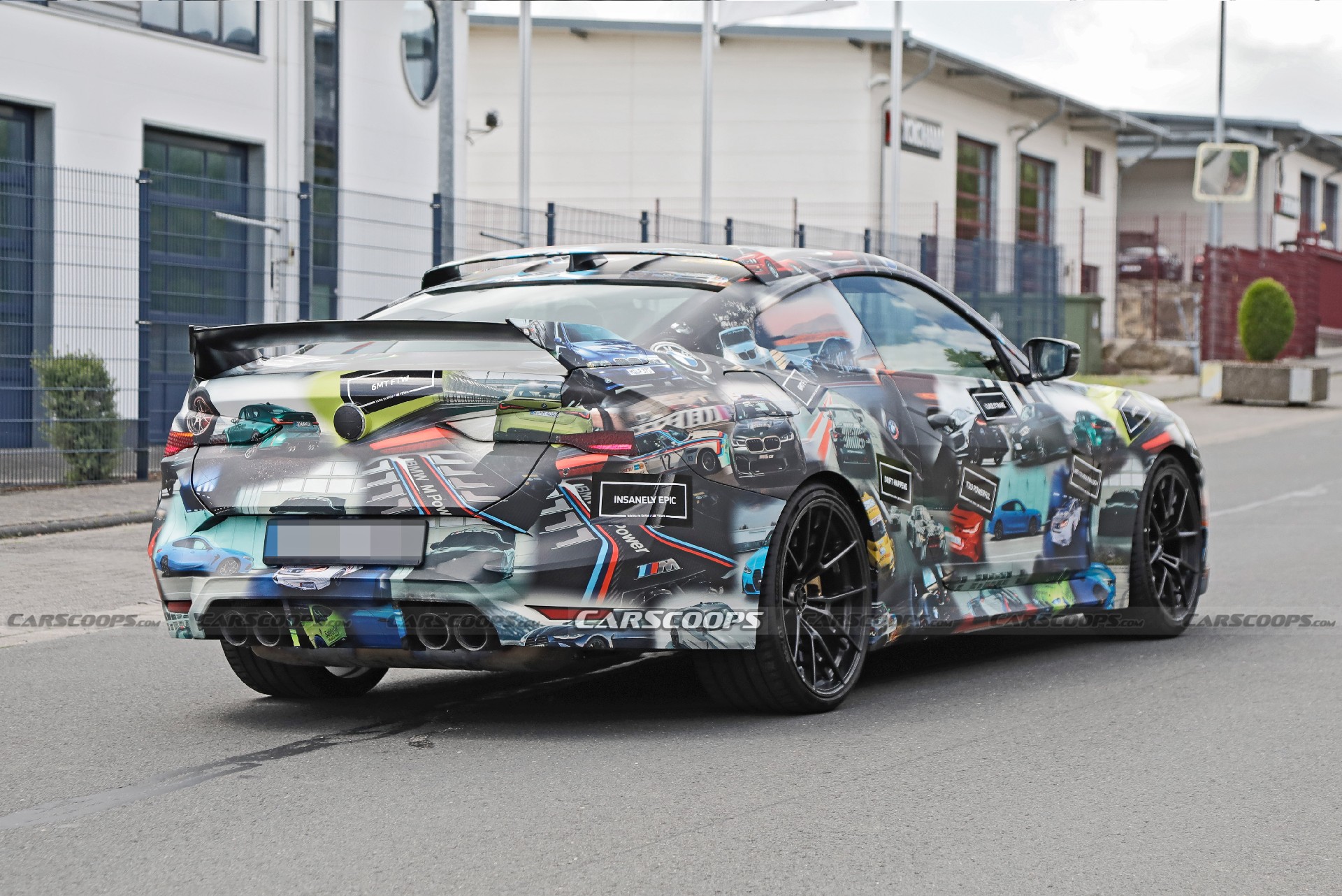 BMW hasn’t revealed details on the model’s underpinnings but we expect it to get a tuned version of the twin-turbo 3.0-liter six-cylinder engine. The mill is rumored to produce 560 hp (418 kW / 568 PS) or as much as 600 hp (447 kW / 608 PS). What is interesting is that the 3.0 CSL will be offered with a manual gearbox, sending power to the rear wheels. We also expect a more aggressive suspension setup and a lower weight compared to the already hardcore M4 CSL.

More importantly, the 3.0 CSL will come with a hefty price tag, as a limited-production special with a coachbuilt-style body targeting collectors. BMW has confirmed that the new model will launch before the end of the year, so we wouldn’t be surprised if the teaser campaign continues.