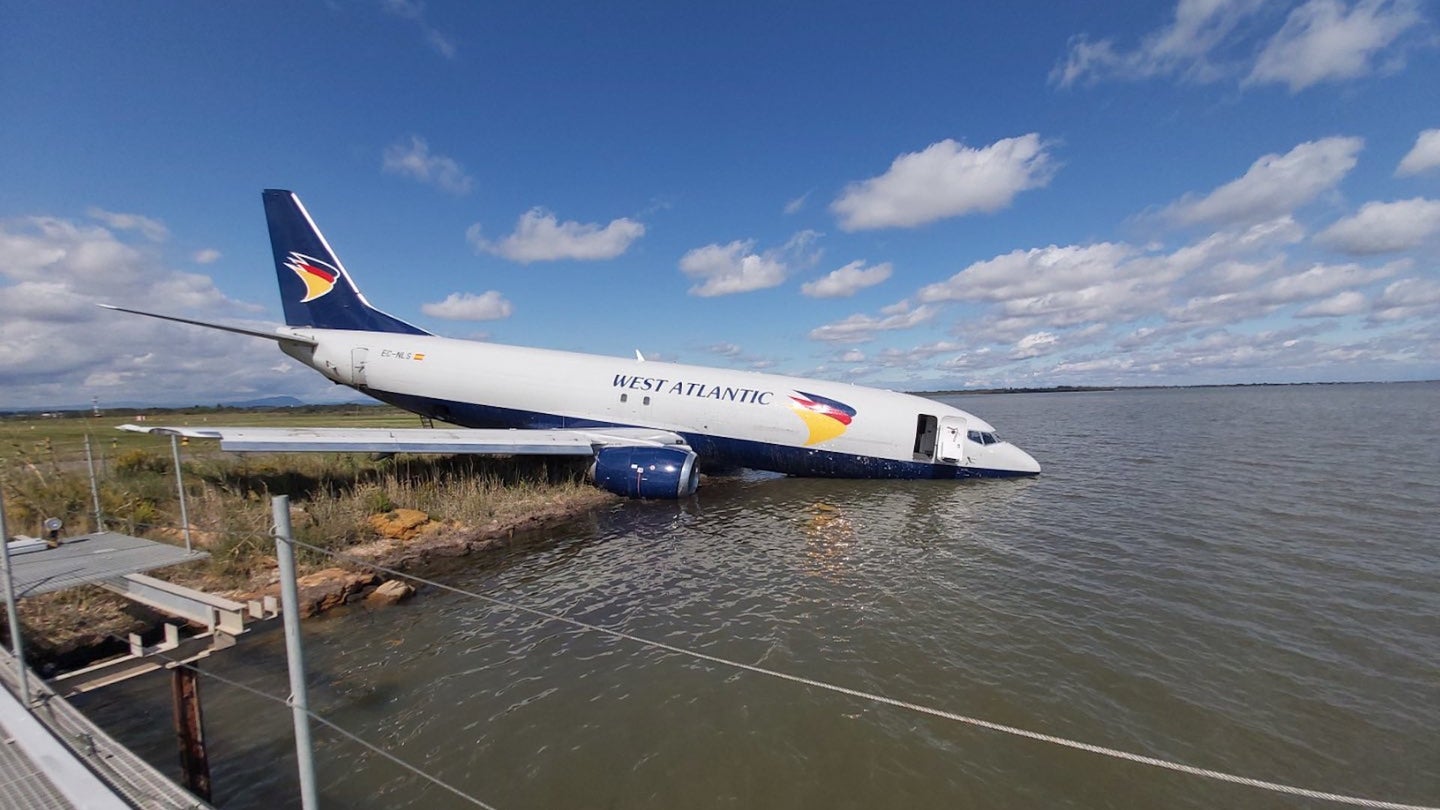 A Boeing 737 cargo jet has been recovered from a lake after overshooting the runway on landing in France, forcing officials to call in heavy recovery equipment and mobilize over 100 personnel. Nobody was hurt during the ordeal.

The plane, operated by Spain’s Swiftair for Swedish cargo airline West Atlantic, is reported to have been flying a domestic route in France from Paris Charles de Gaulle Airport (CDG) to Montpellier Airport (MPL) early Saturday morning according to Aviation Source News. At 2:36 a.m., the Boeing 737-400F freighter exhausted the overshoot area at the end of Runway 12L during landing, coming to a stop with its nose in a body of water referred to as Gold Pond, according to a local press release. Flight Global reports the plane approached in misty, low-visibility conditions with a crosswind, though no official explanation for the crash has yet been offered.

A brigade of 60 emergency responders rushed to the scene, including water rescue specialists. The crew of three, however, were reportedly uninjured, and the cabin door appears to have remained above the waterline, simplifying the rescue. This left authorities only the plane’s recovery to see through, which meant calling in earthmoving equipment and multiple heavy cranes. Montpellier Airport remained closed to air traffic during the recovery process, forcing Easyjet to cancel its route between Gatwick Airport (LGW) outside London, England, and France.

As of about 6:00 p.m. Sunday, the plane had been recovered from the lake without inflicting any additional damage to its airframe, according to a follow-up press release. Videos uploaded to Twitter show the aircraft being hauled away via heavy truck, likely for investigation, which is underway at the hands of French air safety officials. Operations at Montpellier Airport are planned to resume on Monday afternoon according to @airlivenet on Twitter.