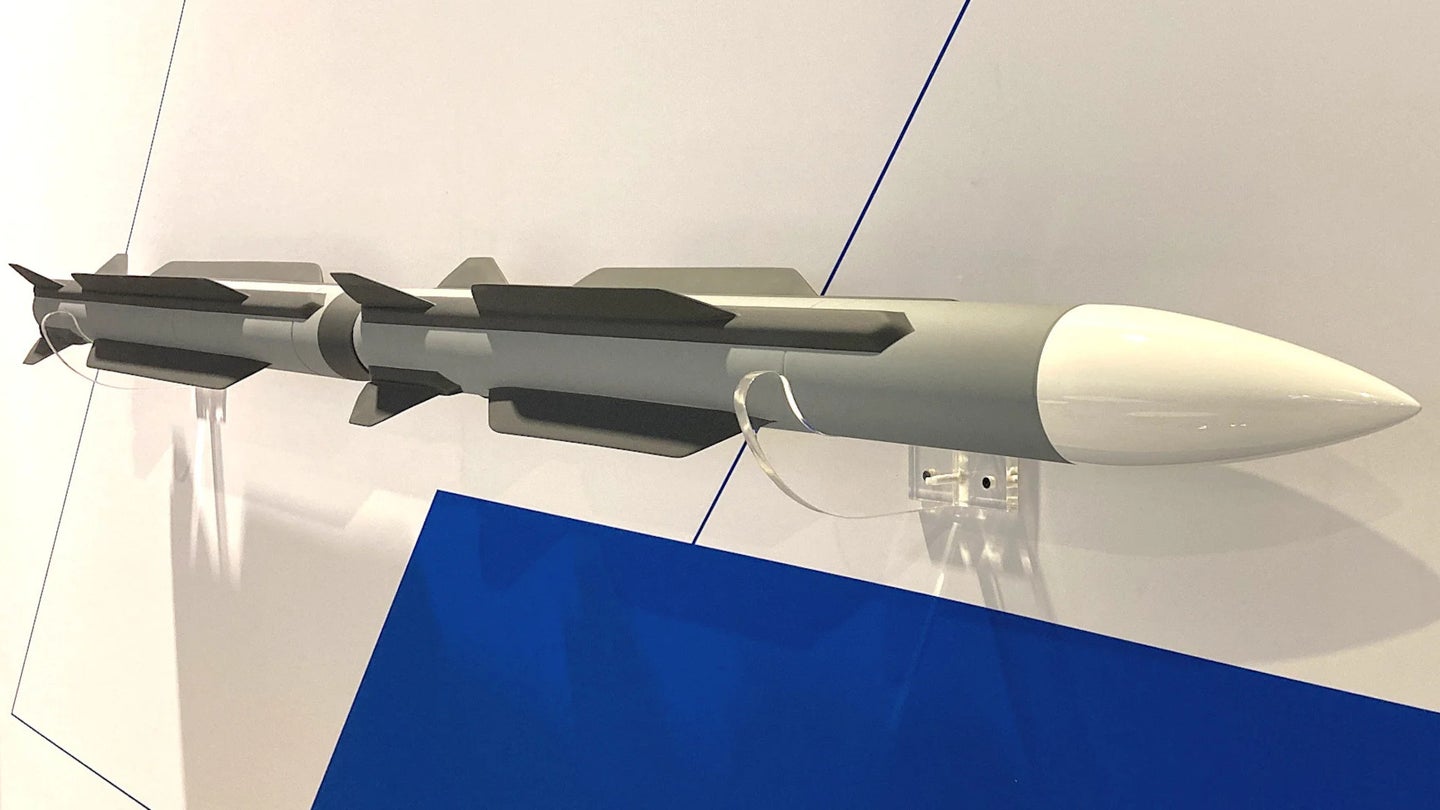 Boeing has received a new contract from the U.S. Air Force for work related to the development of both compact and very long-range air-to-air missile designs derived from a modular missile concept the company unveiled last year, which The War Zone was first to report on. This speaks to the service’s continued interest in these categories of weapons, as well as missile programs like the AIM-260 Joint Advanced Tactical Missile, which are more direct replacements for existing types.

The Air Force Research Laboratory (AFRL) awarded Boeing a contract valued at $9.8 million to “investigate advanced missile sub-system components to support the Compact Air-to-Air Missile and Extended Range Air-to-Air Missile Systems” yesterday, according to the Pentagon’s daily contracting notice. The deal covers work through September 28, 2027 and “this award is the result of a white paper from Broad Agency Announcement,” or BAA, the announcement also noted.

Boeing directed further questions about CAAM and ERAAM to AFRL, which The War Zone has also reached out to.

Boeing’s LRAAM missile concept, as it has been shown publicly, consists of two core components, a “kill vehicle” and a booster section, both of which share a highly common physical architecture. With this configuration, the booster would provide initial acceleration and propulsion through some portion of the weapon’s flight, before falling off. Another rocket motor in the kill vehicle would then ignite and carry the missile through the rest of its flight. It’s a essentially a ‘two stage’ air-to-air missile.

“The concept is being designed with a modular and open architecture approach. This modular and open architecture allows us to create the interfaces to be able to insert technology and capabilities desired by any customer, depending on the requirements they develop for any future program of record the Long Range Air to Air Missile might be used for,” Zac Wood, then Manager, Advanced Weapons-Global Sales and Marketing at Boeing’s Phantom Works, told The War Zone in September 2021. “At this time, Boeing has not settled on the specifics for the other capabilities beyond this being a 2-stage propulsion design.”

“As with the previous capabilities, we have not settled on the final design for what this concept could do,” he added. “Depending on what the government would want on a future weapon, we will determine the best path forward, whether it be hit-to-kill or a traditional warhead.”

“With our modular design, if the requirements pointed to a need, or the technology supported an advantage in capabilities, we believe it is in the realm of possibilities to be able to add additional propulsion sections to the current design,” Wood continued. “We could scale the other way and attach more than one booster section to the single kill vehicle (conceivably).”

On the other end of this modularity/scalability spectrum would, of course, be a variant or derivative of the kill vehicle that could be employed by itself as a compact air-to-air weapon.

This is of course, not the first time the Air Force has expressed an interest in acquiring new air-to-air missiles that could provide additional capability in areas not fully covered by existing weapons, such as the shorter-range AIM-9X Sidewinder or the longer-range AIM-120D Advanced Medium Range Air to Air Missile (AMRAAM), or their expected successors.

Compact missile types have been eyed in the past as a way to increase magazine capacity, which could be critical in future high-end conflicts featuring large numbers of aerial adversaries. Interest in smaller air-to-air weapons is also now growing further as a byproduct of various advanced uncrewed aircraft projects, many of which include plans for armed drones that could work cooperatively with crewed combat jets in air combat scenarios.

The Air Force has stressed in the past that AIM-260 project, which is a joint effort with the U.S. Navy, is unrelated to a very long-range air-to-air missile project called the Long Range Engagement Weapon (LREW). In terms of more advanced compact air-to-air missiles, Lockheed Martin had actively promoted its Cuda design in the 2010s, before it largely disappeared from public discussions. More recently, Raytheon – which manufactures the AIM-9X and the AIM-120-series – revealed a similarly sized missile called Peregrine.

Being able to meet these very different requirements with a single common core missile design, or at least a family of weapons with a high degree of commonality between them, could offer significant advantages when it comes to production, operational use, logistics, and sustainment. Just to begin with, if Boeing could produce various ‘scales’ of air-to-air missiles simply by combining a number of LRAAM-like booster sections to a main kill vehicle section, it would simplify the process of actually building the weapons. This could still be true even if multiple kill vehicle types were developed with different sensor and/or warhead configurations (or a lack of warhead entirely). All of this, in turn, could help drive down unit costs, especially as production ramp ups.

On an operational level, a highly modular design could enable units in the field to assemble different tiers of missiles with different capabilities as necessary depending on mission requirements. Perhaps a warhead-less hit-to-kill missile designed to destroy a target by smashing into it or an imaging infrared seeker is better suited to the task at hand. More range or less range just by swapping in or out booster sections. By the same logic, this approach might allow a single launch platform to readily carry a more diverse set of air-to-air weapons all at once. In addition, different configurations could be created from a standardized set of components that are specifically optimized for one aircraft or another, especially stealthy types with space-constrained internal weapon bays, which could help maximize capacity and flexibility.

All of this translates to possible benefits on the logistics and sustainment side. Units would not necessarily have to keep as many different missiles on hand and the commonality between the types could help simplify the logistics and supply chains required to sustain them, which would further reduce costs.

Regardless of the exact work Boeing will now conduct under this new contract with AFRL or its relationship to the company’s LRAAM concept, the Air Force certainly has an active interest in future modular missiles. The service’s 2023 Fiscal Year budget proposal, released earlier this year, included a request for money to support research and development into a Modular Advanced Missile, details about which are still limited. You can read more about what we do know about that project here.

It will certainly be interesting to see what might emerge from the work that Boeing is now set to do on the CAAM and ERAMM designs.