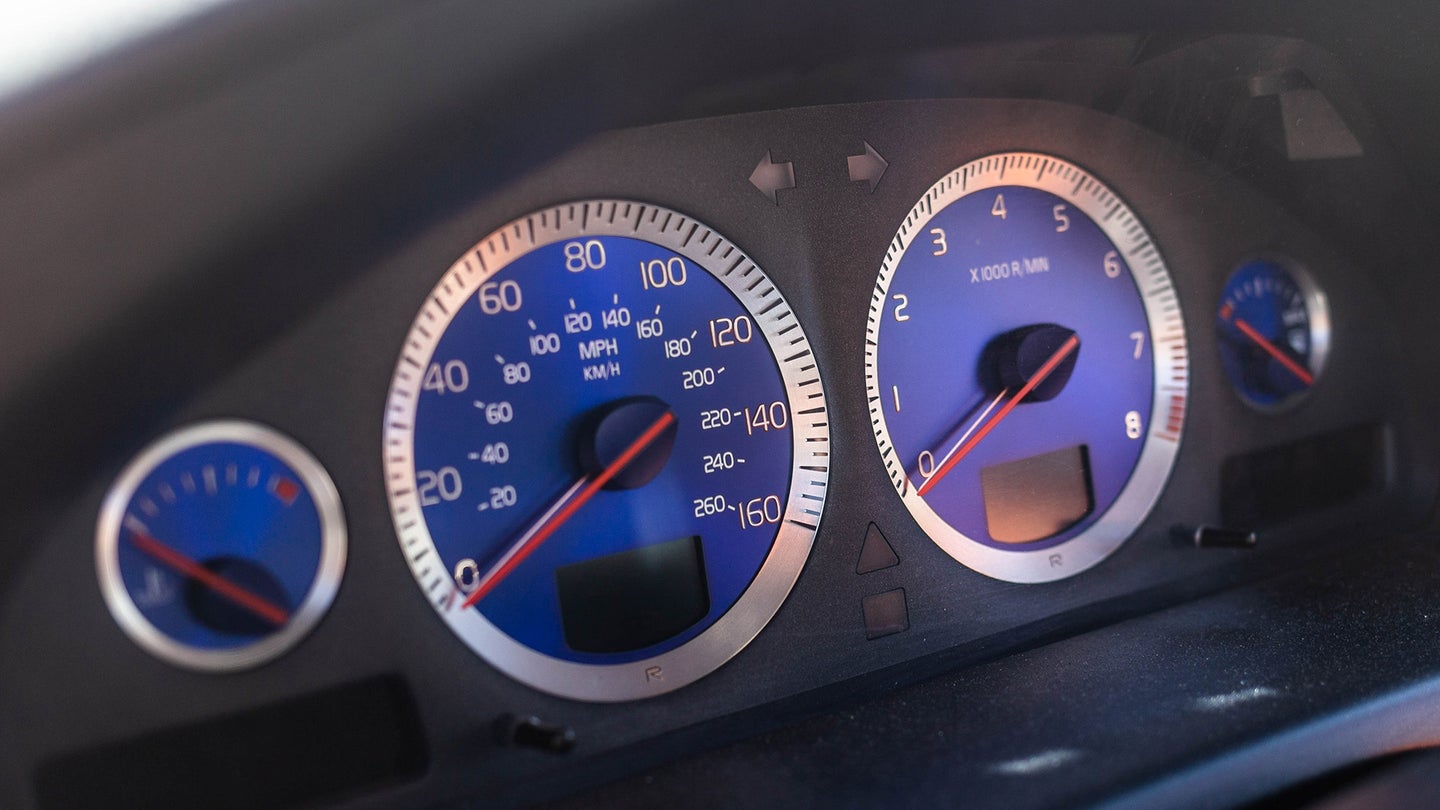 Analog cars are good, not just because the chances of them tracking you are lower, but because there was just a bit more soul to them. Obviously, that’s my very powerful nostalgia talking, but when it comes to stylish analog driver information gauges, I know I’m onto something here.

Recently, I spent the morning driving a friend and colleague’s 2004 Volvo V70 R. I’ll tell you about what that was like in a review later on, but I was reminded of how much I’ve always loved the blue driver information gauges in the V70 R and its sedan sibling, the S60 R. If you ever see one of those in the wild, take a peek in through the driver’s-side window. You won’t be disappointed.

I drive a car from 2002, so I’m used to an analog gauge cluster, but the one in the Volvo is just beautiful. Unlike the plain, amber-lit one in my car, the V70 R’s is backed by this shimmery, metallic blue plating that doesn’t need to be illuminated for you to appreciate it. They look great during the day and photograph beautifully. The font used, too, is a bigger, rounded, and friendlier-looking type that stacks comfortably on the gauge.

What I also love about the Volvo’s gauge cluster is that it’s simple. There are only four dials: one for oil temperature, one for the speedo, one for the tach, and one for the fuel level. The speedo and tach are the biggest and easiest to read, as they display the most important information. The whole thing is clean and uncluttered—and exclusive to the high-performance R models. I am not above wanting my special, hi-po car to have its own special gauge cluster; the Volvo Rs deliver.

Here’s the thing with digital gauge clusters. They are, without a doubt, probably much cheaper to manufacture and therefore make profitable sense. Instead of manufacturing and installing all the individual little parts, pieces, and their subsequent hookups, a digital gauge cluster is just a bit of screen and some lights underneath. You can configure them, change their colors, use them to indicate what driving mode the car is in. They offer way more possibilities. More often than not, though, they are deeply impersonal and boring. And not only that, but automakers can sometimes take them and run too far with the idea, displaying way too much formation that I barely need, let alone want. I don’t want to know what the TPMS reads at all times. I don’t care that the indicator for adaptive cruise control says it’s ready for use.

Chris Rosales totally nailed it when he said analog gauge clusters reflect a car’s character. It’s that extra bit of personality that makes them so compelling for us. Cars aren’t, after all, just spiritless lumps of metal. I see no one lining up for a watch that mirrors the all-digital gauge cluster in the new BMW M3. Stylish analog gauges, though? It’s not a far leap to have folks want to wear them as watch faces. Give the people something to aspire to. Give us back our analog gauges.

Send me a note if you agree: [email protected]

The post Bring Back Stylish Analog Gauge Clusters appeared first on The Drive.