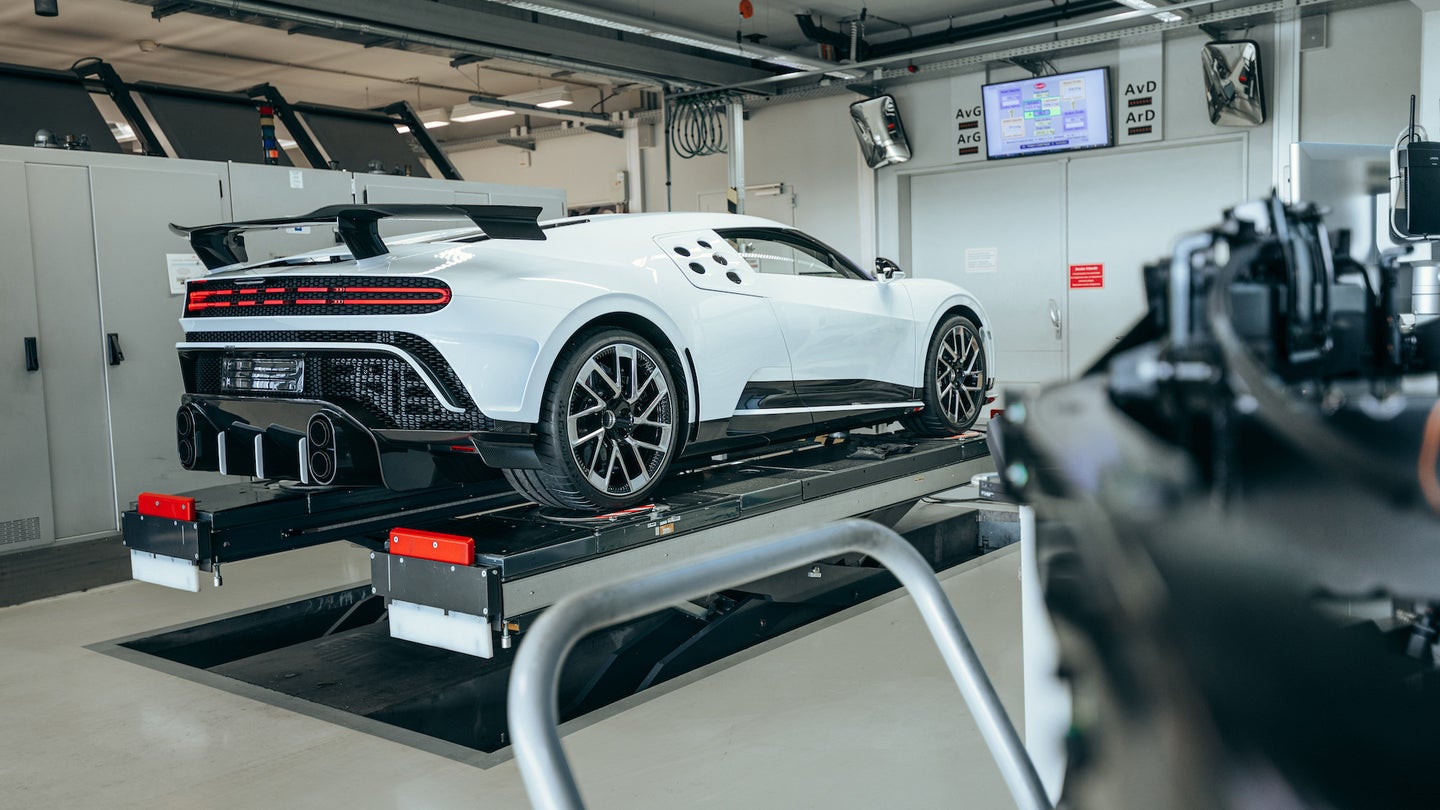 Bad news, ultra-luxury electric car fans. It’s going to take until at least the next decade for a Bugatti EV to arrive despite its recent Rimac ownership.

The company apparently still has its sights set on the next hybrid model. Everything else, including presumably an EV, remains outside of their current purview, according to design director Achim Anscheidt speaking to Autocar. That hybrid Bugatti is expected to release in 2027.

Interestingly, this contradicts a statement made by Mate Rimac in 2021 to the same publication that promised fully electric Bugattis within the decade. So, perhaps plans could change again.

Bugatti deputy design director Frank Heyl didn’t explicitly confirm the EV delay but merely reiterated to Autocar that the company is focused on the present decade with the hybrid. Heyl did make sure to add that when the Bugatti EV does eventually materialize, it’s a car that will “blow people out of the water.”

I guess that means it won’t be a Tesla Model X-baiting SUV then. I kid.

Since the start of the Veyron era, every single production Bugatti has been powered by a monstrous W16 engine, including its latest, the 1,578-horsepower, $5 million Mistral. In 2021, the company was bought by Rimac, an arguably even more boutique, Croatian automaker that specializes in electric hypercars.

Many jurisdictions have now set dates as to when sales of pure internal combustion engine cars will be outlawed, with 2035 being the common deadline and New York getting on the bandwagon just last week. Under the ban, any new car sold would have to either be plug-in hybrid or a pure BEV. Let’s hope that hybrid Bugatti design execs speak of is indeed a plug-in, because otherwise, the company will be cutting it a bit close.

The post Bugatti Says It Won’t Have an EV Ready Until After 2030 appeared first on The Drive.