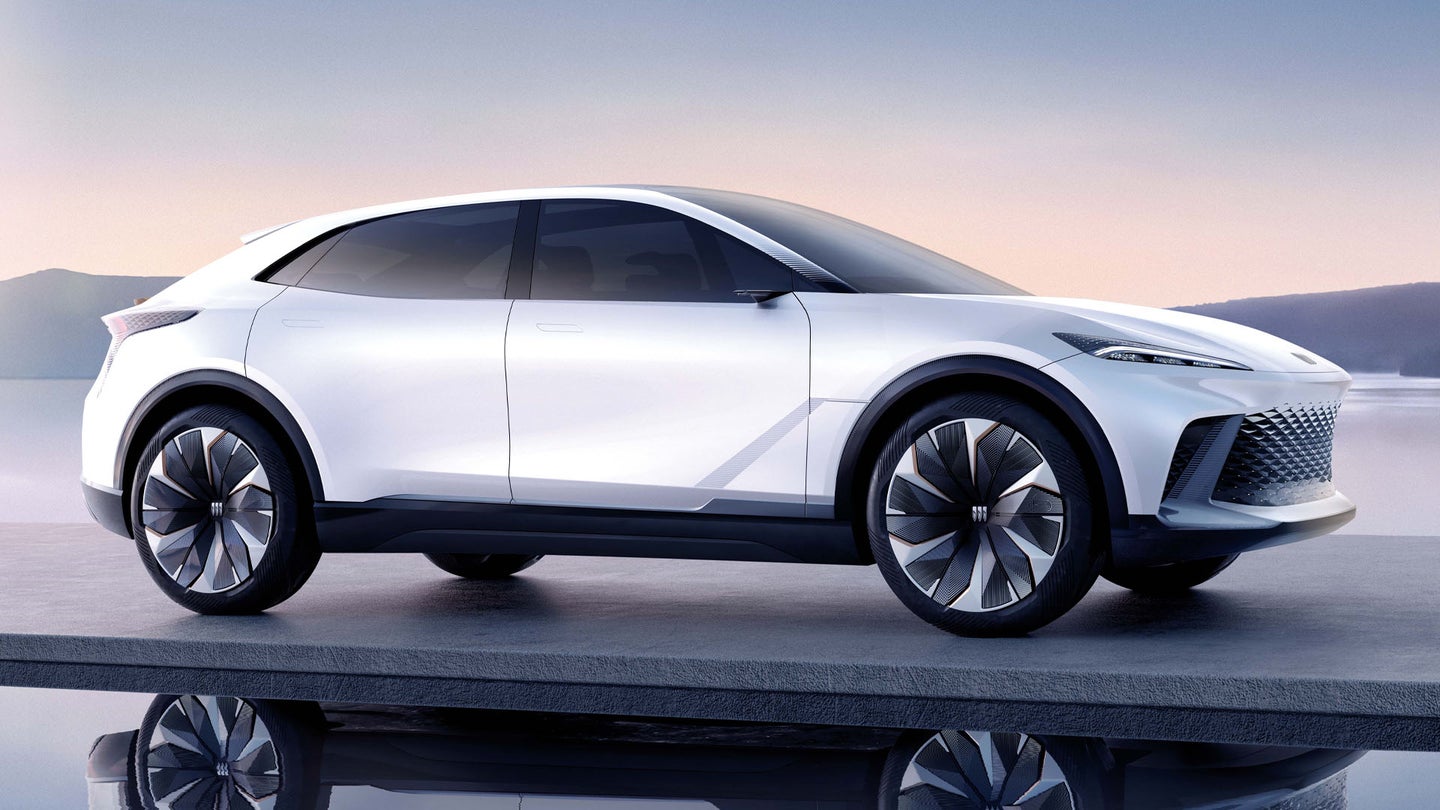 Buick is a General Motors brand that blends very nicely into the background. It sells four cars in the United States, all of them middling crossovers. Can a new, sharp-looking electric machine reinvigorate the nameplate? According to GM Authority, the executive brass in Detroit believes yes, it can.

The car in question is the Electra-X concept. No, not the low-slung Wildcat sedan with Buck Rogers accouterments and doors bigger than the space shuttle. This car is a crossover. Where are you going? No, no. Stay. Stay on the page. Come on. Stay with me here.

Let’s be real: Buick isn’t a brand really equipped to do a proper sedan with attitude anymore. This car, at the very least, looks alright and will likely share a drivetrain with something like the Cadillac Lyriq. This is the best we can ask for, especially considering the brand’s focus on China as opposed to the U.S. market.

Is it enough to lift Buick out of obscurity? No.

Going electric doesn’t apply equally to all brands, even if they exist under the same corporate umbrella. When we hear that cars like the Corvette may get electric variants, there’s a lot of potential there. People know what to expect out of a Corvette. EVs work for brands like Chevy as well because it’s equipped to tackle a big hurdle of electric cars, which is price. Buick, though, makes extremely average machines for people who, by in large, probably don’t think much of cars in general. Electrifying them will make them faster and more pleasant to drive, but not necessarily more exciting from a brand perspective.

An Electra sedan might do something to give the brand a little time in the limelight, but people we’re even questioning Cadillac’s decision to build a big boat—the Celestiq. Cadillac is, needless to say, a much, much stronger brand than Buick. The decision to greenlight the Elecra-X, if it’s legit, is pragmatic at best. Buick can really only afford to be pragmatic.