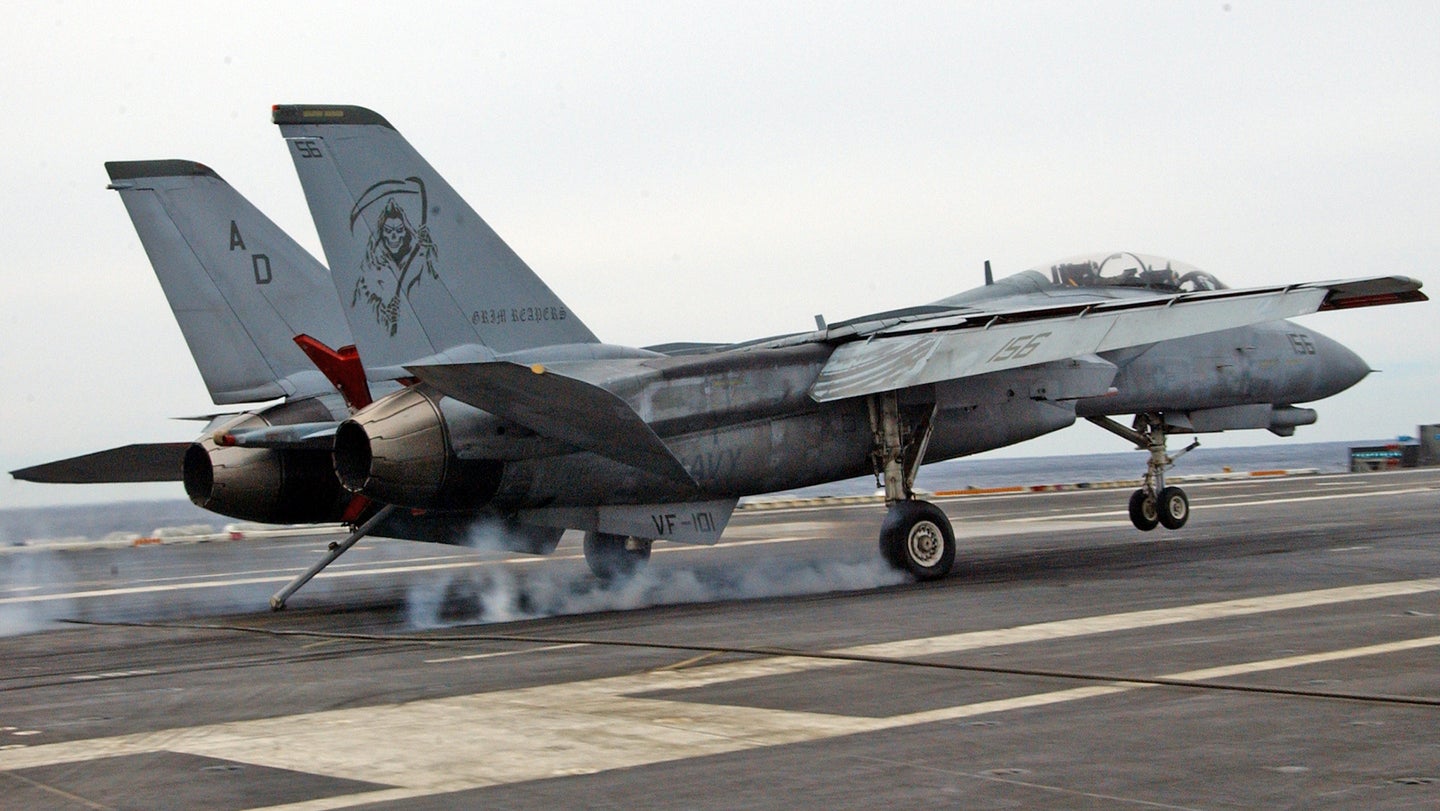 Welcome to Bunker Talk. Happy Thanksgiving weekend. With over 3,000 comments on the first Bunker, I thought it was time to add another.

This is an open discussion post for the best commenting crew on the net, in which we can chat about all the stuff that went on this week that we didn’t cover. We can also talk about the stuff we did or whatever else grabs your interest. In other words, it’s literally an off-topic thread.

We offer you leftover Turkey Bird for this weekend’s top shot:

Atlantic Ocean (Mar. 9, 2005) – An F-14D Tomcat, assigned to the “Grim Reapers” of Fighter Squadron One Zero One (VF-101), makes an arrested landing on the flight deck aboard the Nimitz-class aircraft carrier USS Theodore Roosevelt (CVN 71). VF-101 is the U.S. Navy’s sole Fleet Replacement Squadron for the F-14 Tomcat, training aircrew and maintenance personnel for the fleet. The squadron trains pilots, radar intercept officers, and enlisted personnel in the operation and employment of the F-14 Tomcat fighter. The “Grim Reapers” are currently embarked aboard Roosevelt participating in carrier qualifications in the Atlantic Ocean. U.S. Navy photo by Photographer’s Mate Airman Derek A. Allen (RELEASED)