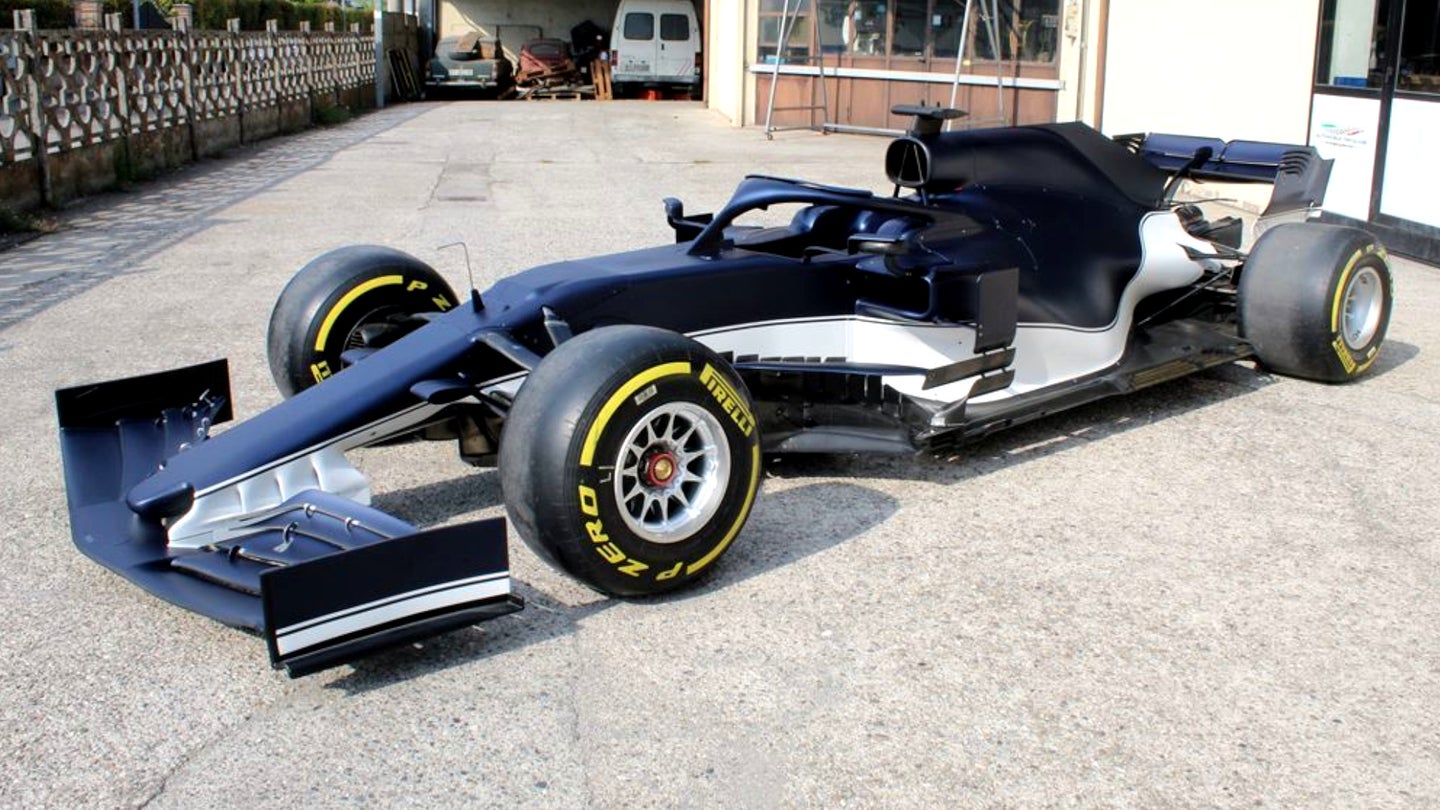 A real Toro Rosso Formula 1 car is up for sale at RaceCarsDirect and it’s begging for a hot engine swap.

The car comes complete with its original power steering, hydraulic system, and gearbox intact, as well as the radiators and exhaust system. Spare parts include a front nose assembly and a rear wing. It’s also been stripped of its sponsor logos, giving it a strange, almost naked appearance. No engine nor power unit is included in the sale. Thus, an engine swap is in order if the prospective owner wishes to actually drive the car.

Typically, when F1 cars enter a second life as track toys for the hyper-wealthy, they don’t maintain their original engines. The high tolerances used in F1 power plants mean that they’re simply not practical to run without a whole team of engineers on standby. Plus, F1 engines have a vanishingly short service life, too.

Popular swaps include Judd V8 engines, which were originally designed for both F1 and endurance racing disciplines. The latter versions are a low-fuss choice, and we’ve even seen them swapped into BWM hillclimbers and Toyota drift cars. Another option could be an ex-Indycar engine, which could provide a similar wail to the F1 V10s and V8s of old. Alternatively, one could go full meme and fit a Honda K24 or an LS engine for the laughs.

Be warned, though: Any swap is going to require significant modification to the car and likely the engine, too. Mating up to the F1 gearbox will take some work, and there’s very limited space in the rear. A dry sump is a necessity; bulky engines need not apply.

The car in question was driven by Daniil Kvyat in the 2019 season and for some runs in pre-season testing the following year. Kvyat’s best result behind the wheel of this Scuderia Toro Rosso STR14 was a third-place finish in the German Grand Prix. The result of the car’s finishes were all in the points, with Kvyat coming home between seventh and 10th place in a series of further races.

It would be great to see this podium-scoring F1 car take to the track again, so here’s hoping someone stumps up the cash to get it going once more. The car itself costs only 439,000 euros plus tax ($446,603 USD), making it one of the cheapest modern F1 cars you could possibly lay your hands on.