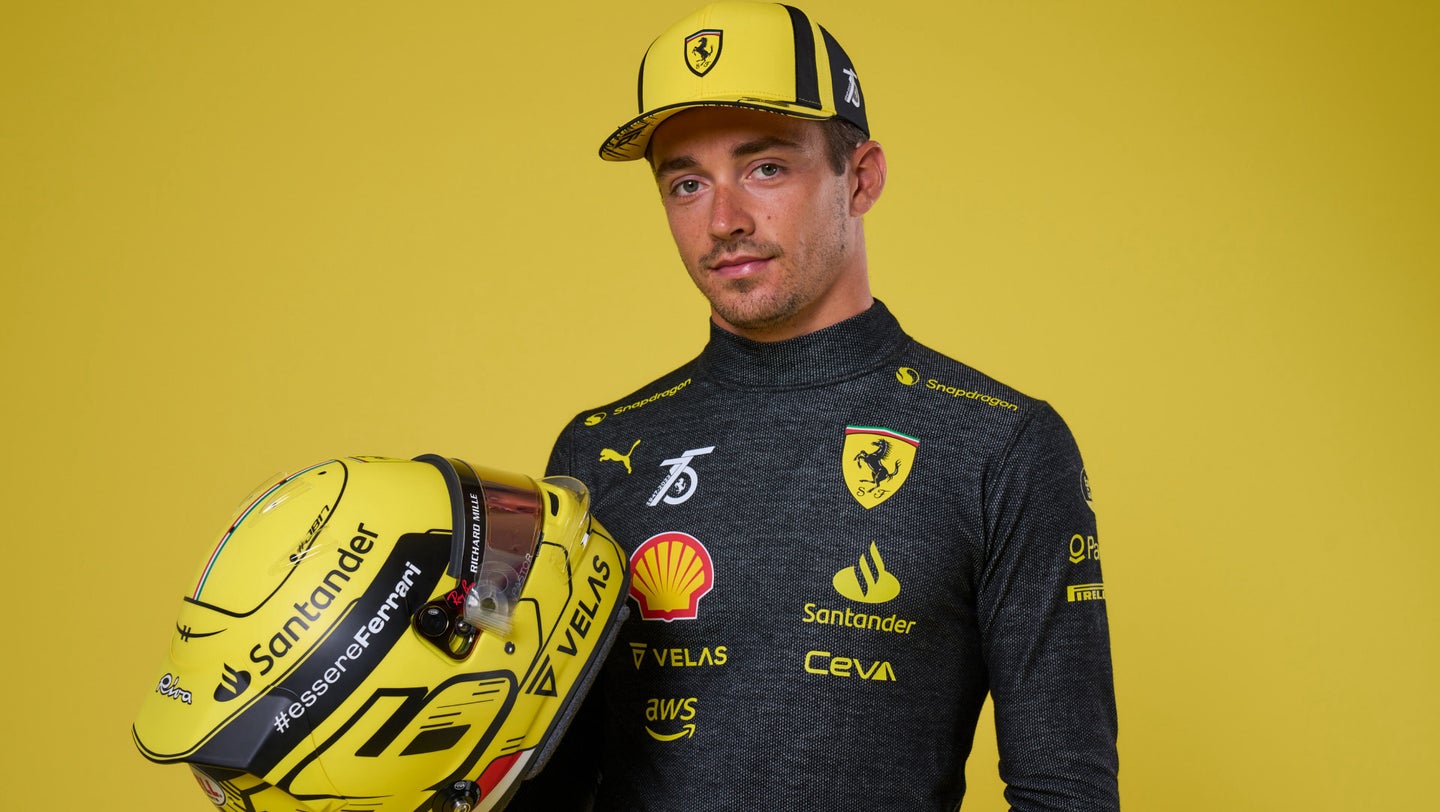 Just how big of a Tifosi are you? If the answer is, “enough to drop $21,070.30 on a replica Ferrari Formula 1 helmet based on the new yellow livery for the 2022 Italian Grand Prix at Monza,” you’re in luck!

Scuderia Ferrari is making headlines this week not because it’s announcing plans to get its shit together and give Charles Leclerc a better F1 car and crew to win races with, but because it’ll be switching up the colors of its iconic red livery. Maranello’s racers have historically been scarlet red, though featured splashes of yellow and even blue during the early days of the squad. In recent years, liveries have integrated colorful accents depending on the primary sponsor—white for Marlboro, yellow for Shell, brown for UPS—while mechanic uniforms, team gear, and even drivers’ gear have been finished in Giallo Modena (yellow) as recently as the ’90s.

And perhaps that’s why this one-off livery for the Italian Grand Prix is such a big deal, and why Ferrari expects its biggest (and richest) fans will pay big bucks for this replica helmet. Available for pre-order on Ferrari’s own online store, the 1:1 scale Bell HP77 racing helmet is “part of an exclusive special edition dedicated to Ferrari’s 75th anniversary.”

The listing claims it’s been handbuilt in Bahrain at the Bell facility where Leclerc and Carlos Sainz’s helmets are also made. It’s also been hand-painted and features its own serial number from the manufacturer. Besides the helmet, the lucky owner will also get a carbon fiber base and plexiglass display cover with their purchase. Last but not least, the replica Leclerc helmet comes signed by the Monegasque himself, while Sainz’s comes signed by, you guessed it, the young Spaniard.

While I won’t justify this outrageous price tag (especially when it’s unclear if you can actually use this as a real crash helmet), it’s worth noting that F1-homologated helmets are extremely expensive, to begin with. A real, carbon HP77 retails for close to $6,000, and that’s just a run-of-the-mill model. Many drivers run custom versions of these with different liners, lips, spoilers, ports, and other modifications to suit their head, style, and needs inside the cockpit. This, on top of a fully custom paint job, custom visor, crash sensors, and other accessories can make a race-worthy F1 helmet cost upwards of $15,000-$20,000, easy.

It’s unclear if this replica helmet is homologated for actual racing duty, and the item’s description doesn’t exactly help clarify things: “Thanks to cutting-edge technology, the helmet’s components are made of materials similar to those used for real racing helmets.”

If it’s a real Bell helmet taken off the shelf and then dressed up to look like an F1 superstar’s own helmet, then you’d think it’s a race-worthy bucket. Without confirmation, however, I wouldn’t suggest taking your Honda Civic-priced helmet out to the track—just in case you have a shunt.

Ferrari is also offering miniature, 1:2 scale replicas of these helmets for the equivalent of $825. So, if $21k is too rich but you can still spend almost a grand on what’s essentially a neat-looking paperweight, Ferrari’s got you covered.

The post Buy Ferrari’s Monza F1 Replica Helmet for Almost the Price of a Honda Civic appeared first on The Drive.