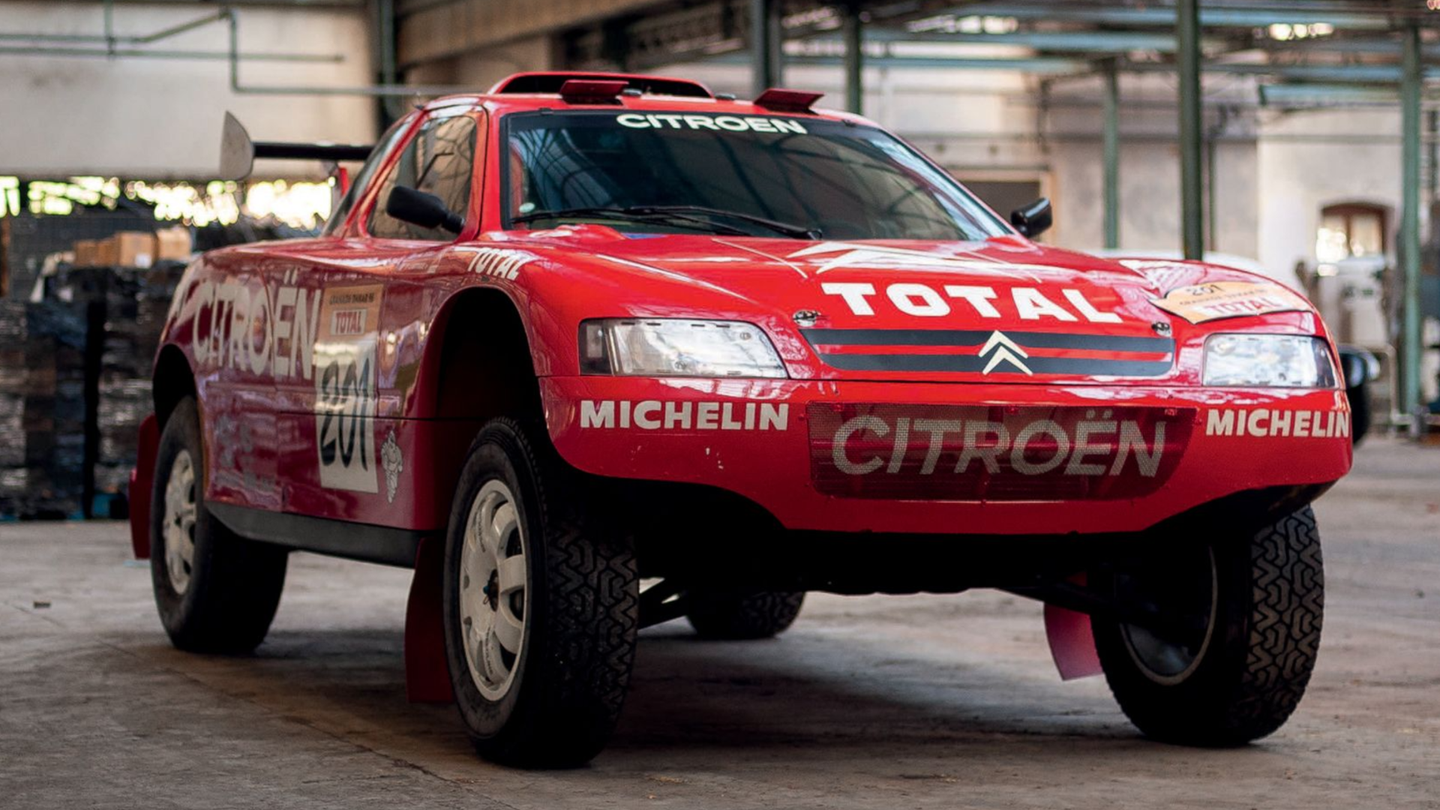 The 1990s were the golden era for rally raids, and enigmatic French automaker Citroen was one of the hottest competitors in those halcyon days. Essentially large cross-country rally events that take place over several days, rally raids require careful navigation and extreme endurance to succeed. Unlike desert races like the Baja 1000, prerunning and GPS navigation aren’t allowed, adding to the challenge.

Citroen’s contender for this sport was the ZX Rallye Raid, which was built in 1990 to promote the company’s new ZX hatchback. It took over from parent company Peugeot’s 405 Turbo 16 rally raid car, which had been abandoned as the company turned its efforts to conquering Le Mans. The successful 405 race car chassis got reskinned as a Citroen ZX, and was sent into battle.

It sported up to 330 horsepower in its final Evolution form, courtesy of a 2.5-liter turbocharged four-cylinder. Paired with four-wheel-drive, locking diffs front and rear, and a coupe bodyshell of kevlar and carbon, Citroen had a stout and capable rally raid car on its hands.

The ZX Rallye Raid quickly tasted glory, scoring a win at its debut at the Baja Aragon, with Ari Vatanen behind the wheel. It went on to win the Paris-Dakar rally four times, first in 1991, and from 1994 through to 1996. The ZX also dominated the FIA World Cup for Cross-Country Rallies, claiming five consecutive titles from 1993 to 1997.

Only 29 ZX Rallye Raids were built, just five of which were Evo 5 models. This final edition was treated to upgraded suspension, a wider track, and more spare tire storage than the original model that debuted in 1990.

This particular example started life as an Evo 2 model, born as #C21 in 1993. It took victory in the Baja Portugal and Rally of the Pharaohs in 1993, with Pierre Lartigue at the wheel. It was then upgraded to Evo 3 spec in 1994, winning the 1994 Atlas Rally in the process. Finally, it became #C531 in 1995, serving as the development car for the final Evo 5 specification.

The post Buy This Citroen ZX Rallye Raid and Go Blasting Through the Desert appeared first on The Drive.