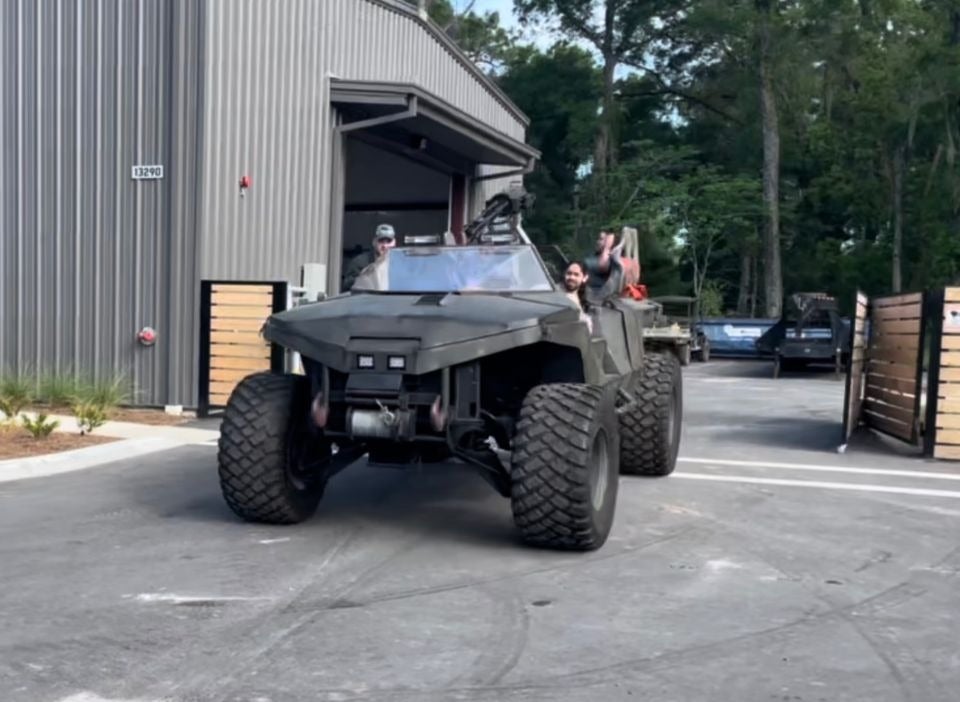 Movies and video games produce beloved vehicles for every generation. The games might be a newer creation, but the cultural impact is just as strong. This Halo Warthog replica is just one of many great examples, except this one is for sale for $75,000.

The seller, a member of the prolific Obscure Cars for Sale Facebook group, listed the truck on Friday and has amassed nearly 1,000 likes on the post. He doesn’t offer too much detail on the truck and the photos are quite low resolution, but it was built on a 1988 dually frame and it’s powered by a 454 engine. He doesn’t list a manufacturer, but judging by the fact anything called a 454 is generally acknowledged as the big block Chevrolet engine, the Warthog was built on a Chevy frame and engine.

It’s also listed as a Warthog Puma, which is a deep-cut reference to the popular and still-in-production Halo-based comedy web series Red vs. Blue. In the second episode of the first season of the series, which debuted in 2003, the characters of the red team receive a Warthog as part of the war they are fighting against the blue team. They debate the name Warthog and some members of the red team call it a Puma. Again, it’s a really deep cut.

The replica Warthog itself has some neat tricks. The machine gun turret on the back spins at 400 rpm, and the truck has a speaker system in the bed along with four extra seats facing each other. The seller claims to have used the truck for charity work in the past and now wants to rotate it out for something different. It’s located in Gainesville, Florida and holds a clean title.

It’s also huge. The wheels and tires are monstrous and the truck is long. It’s imposing. For $75,000, I think there are worse things to buy. It also goes to Superheroes For Hope, a charity battling childhood disease.

The post Buy This Incredible Halo Warthog Replica for $75,000 appeared first on The Drive.