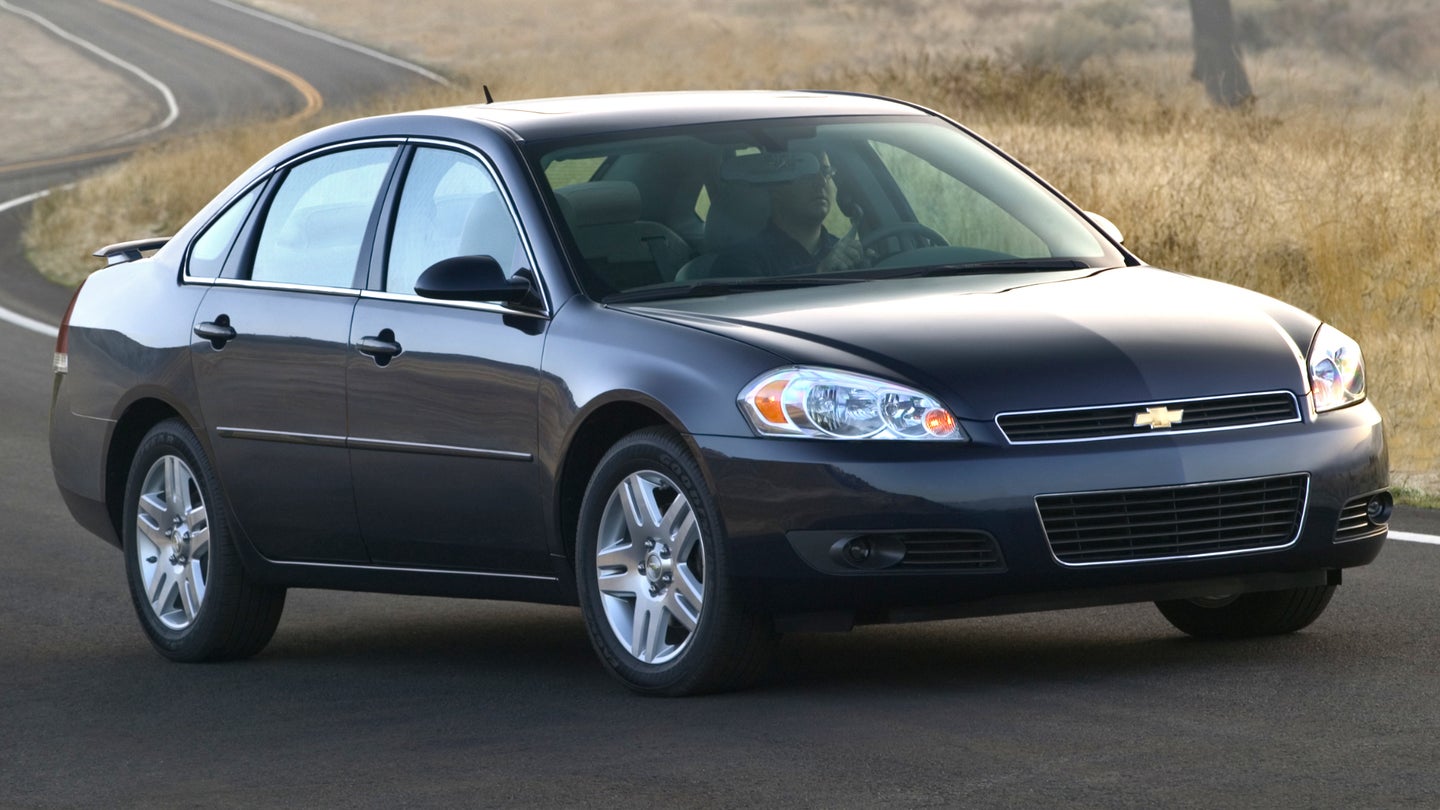 A 10-year-old Chevy Impala is one of the best value used-car buys out there right now, according to new research.

A study from iSeeCars investigated which decade-old used cars offer the most remaining lifespan per dollar. The research determined which used cars scored best on longevity and compared those vehicles based on market pricing data. Over 2 million used vehicles were analyzed as a part of the study. Models were ranked by the lowest price per remaining 1,000 miles of expected lifespan.

It’s rare that a 10-year-old Chevrolet Impala tops any list, but in this regard, it’s a stellar performer. Study data indicated that these Impalas have, on average, a remaining lifespan of around 111,996 miles. With average prices sitting at $9,706, the Impala comes in at $87 per 1,000 miles of remaining lifespan. The Toyota Prius came in second. Despite offering a longer potential lifespan, the Prius is a more expensive buy, with an average price of $13,878. It came in at a score of $107 per 1,000 miles, closely followed by the Honda Civic at $108.

iSeeCars ran the numbers for five-year-old cars, too. Newer cars naturally have more remaining life, but also cost more. At this point, the Honda Fit topped the listings. With an average price of $18,486 and a remaining lifespan of 154,826 miles, it comes in at just $119 per 1,000 miles. It’s closely followed by the Civic, Toyota Prius, and Toyota Camry. Meanwhile, a five-year-old Impala is not as attractive an option, coming in fifth at $135 per 1000 miles of remaining life.

Both lists are dominated by Japanese automakers. Given the study is scoring vehicles on a combination of affordability and reliability, that’s not surprising. For 10-year-old cars, the Impala, Ford Fusion, and Dodge Caravan were the only entries from U.S. automakers in the top 10. For five-year-old cars, just the Fusion and Impala made the top 10.

Obviously, this isn’t the sole metric for buying a used car. Running costs vary between models and aren’t accounted for here. Plus, a basic sedan or hatchback won’t serve everyone’s needs. Also, you could still purchase a car from this list and end up with a lemon. It’s based on averages, and by no means guarantees that every single Chevy Impala or Honda Civic is a good buy.

Regardless, the analysis is a great way to compare vehicles based on their value in the used market. For example, Toyotas and Hondas often command a premium in resale values. As this study shows, the higher prices are often justified because they tend to outlive vehicles from their competitors. If you’re in the market for a used car, it’s worthwhile scanning over the full results from the study to guide your decision.

The post Buying a 10-Year-Old Chevy Impala Maximizes Your Miles per Dollar: Study appeared first on The Drive.