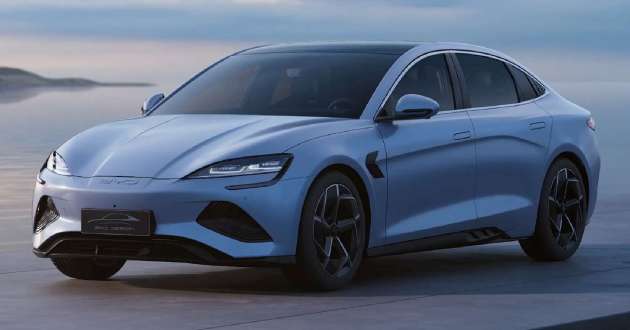 This is the BYD Seal electric car, and it managed to score over 22,000 bookings in the first six hours in China. That represents more than 4 months of inventory, perhaps more than BYD expected as they previously announced it was planning to build 60,000 units of the Seal a year.

What’s interesting about the Seal is that it’s not going to be a left hand drive car confined to the roads in its domestic market of China. BYD has global right hand drive plans for the Seal. At least one right hand drive global market has been confirmed – it will be known as the BYD Atto 4 in Australia. 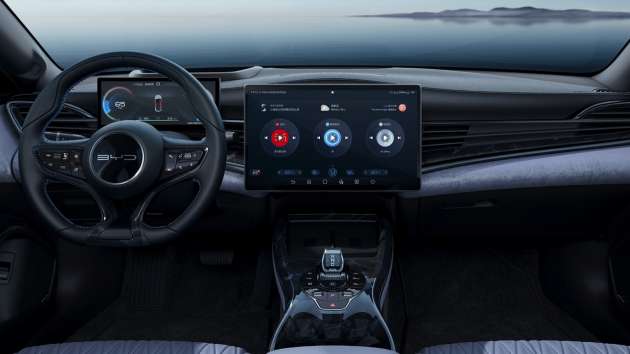 It’s built on an 800V electrical platform which is seen as the ‘newer’ way to build electric cars, which means it is easier for the Seal to achieve high charging speeds at high performance DC chargers. Powering the motors are BYD’s Blade EV batteries, which is said to be safer and less prone to catching fires. 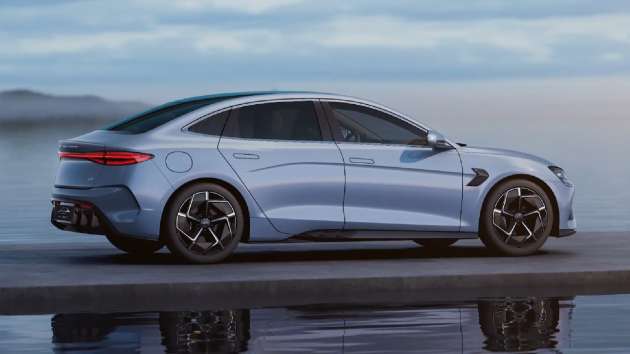 In its most powerful 530 hp dual motor AWD version, the BYD Seal is claimed to achieve a 0-100 km/h sprint time of 3.8 seconds. A slower single motor rear wheel drive version focused on efficiency is claimed to be able to go up to 700 km of range.

This is usually the case with EVs – you usually can’t have both. The equipment to allow for performance will add weight that reduces range, so you’ll have to decide what’s more important for you – range or acceleration.

How much will the right hand drive version be priced in Australia? The BYD Atto 4 is scheduled to be open for bookings in October 2022, with deliveries expected in March 2023. So we’re guessing pricing will only be revealed in October. We will be able to estimate potential Malaysian pricing then.

BYD has a presence in Malaysia but unfortunately there’s no indication that passenger vehicles are destined for our market. As you can see from bookings, demand apparently exceeds supply for alot of these desirable EVs and Malaysia is sadly way down the priority list for many of these carmakers.

The only BYD electric cars destined to hit our streets are commercial vehicles – CSH Alliance, which has entered into a partnership with BYD Malaysia to distribute and market BYD commercial electric vehicles in the countrysaid it has proposed to acquire three adjoining plots of industrial land totalling 55.3186 acres in Tanjung Malim, Perak for RM12 million in cash.

The land will be utilised for the setting up of an assembly plant in preparation for CKD production of the BYD T3 fully-electric commercial vehicle, which is aimed at logistics and transportation industries.