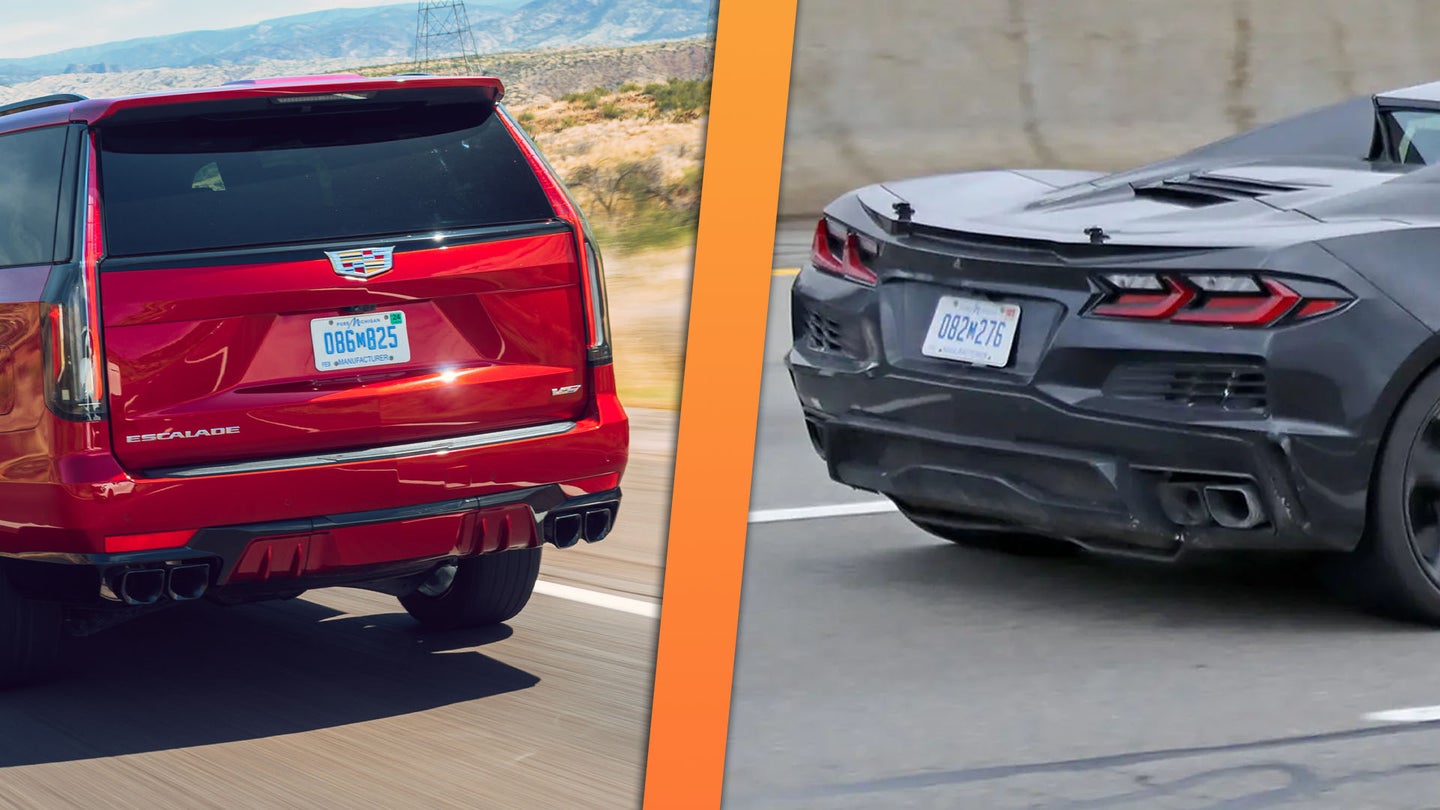 You wouldn’t think the gargantuan Cadillac Escalade V and the flat-plane V8-powered 2023 Corvette Z06 have much in common—especially on the outside—but it sure looks like they do. As spotted by GM Authority, foreign-market Corvette Z06s, which do not get the center-exit exhaust system that American cars get, appear to share tips with the massive supercharged Cadillac.

Below, you can see for yourself. The issue here is that the foreign market Z06 hasn’t been formally launched yet, so there are no pretty press pictures to compare. We do have some spy shots where you can see the obvious similarities, though. The Z06 abroad does not get the center-exit exhaust because it has gasoline particulate filters—extra emissions equipment. GPFs are not required in the United States, so there’s plenty of space for a proper quad-tip, center-exit system.

We’ve reached out to General Motors to make sure that the tips are actually the same part, but haven’t yet heard back. The Detroit automaker is known for sharing parts between vehicles, even on the Corvette, but it’s unusual for very visible exterior stuff to be shared between cars. That being said, the Corvette Z06 and the Escalade V won’t be sold in the same market in this configuration. In other words, while they may share parts, a visual side-by-side will only ever exist virtually until someone decides to import an Escalade V to the U.K.

Regular Corvette Stingrays get quad tips in a similar configuration to the export-oriented Z06, but the tips are not the same ones we see here. 6.2-liter LT2-powered C8s have more squircle-shaped tips that are slightly smaller. For additional reference, I’ve thrown in the center-exit system on the U.S.-spec Z06s as well.

Is this a big deal? No. The tips look great, the cars won’t be sold in the same markets, and it’s nice GM is doing something to make up for the loss of the car’s original exhaust system. This doesn’t seem like a case of part-sharing because it’s convenient. It just makes sense.

The post C8 Corvette Z06 Sold Around the World Will Have Cadillac Escalade V’s Exhaust Tips appeared first on The Drive.