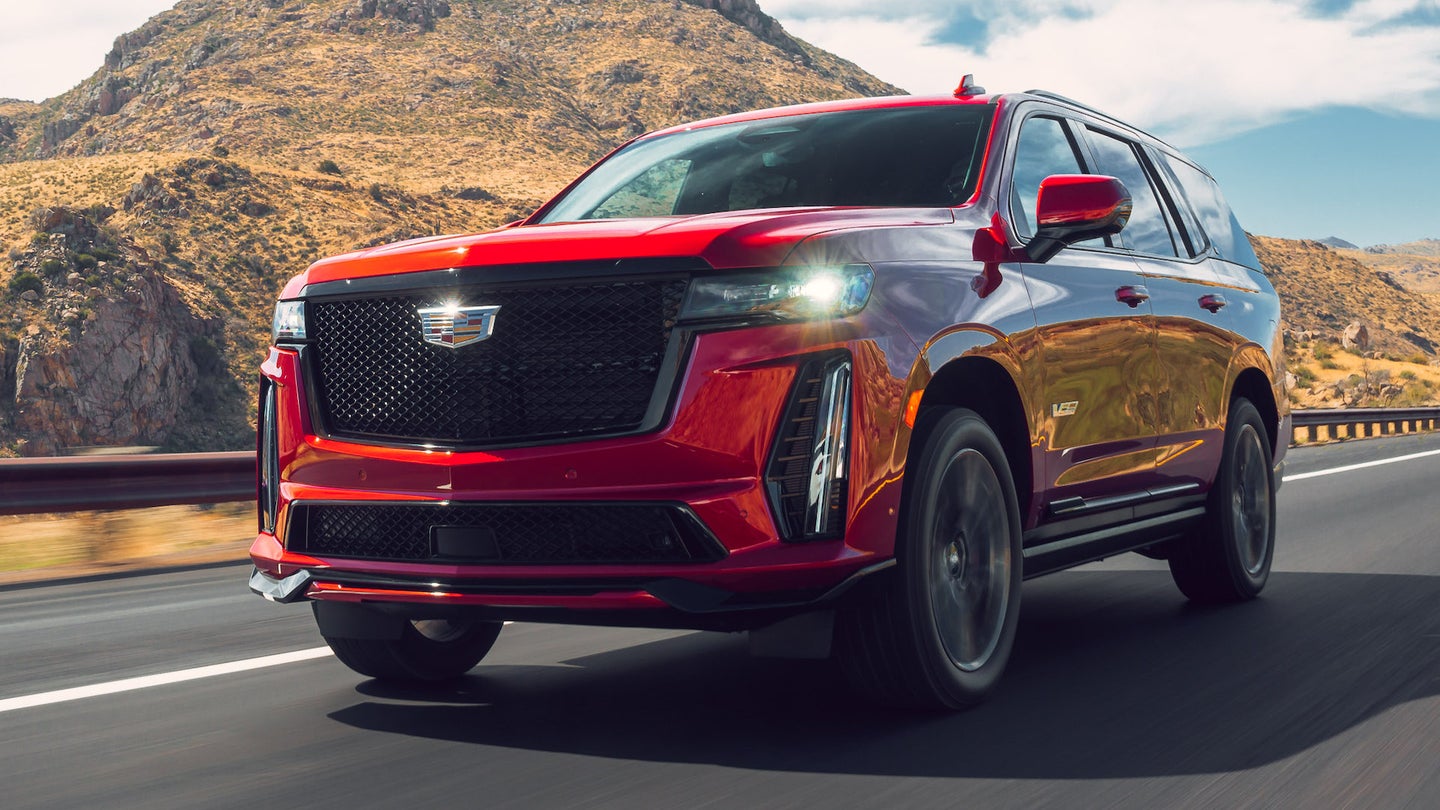 Sixteen-cylinder engines are an icon of Cadillac’s depression-era opulence that, despite the company’s best efforts, it has never managed to resurrect. They were in the cards once again at one point, though, as a Cadillac official has admitted that the company once considered cramming one into its flagship SUV, the Escalade.

It seems peculiar for GM to keep those cards close that it doesn’t seem likely ever to play. GM’s main focus right now is mostly on preparing to go electric rather than developing new, larger, thirstier internal combustions than ever, so a 16-cylinder Escalade seems as likely as Ford reintroducing V10 truck engines.

GM’s reply means we can’t fully count out the possibility, but I’m willing to bet the 16-cylinder Escalade was an idea floated in the early-mid 2000s, when the Escalade was young and at its peak, pop-cultural relevance. At that time, Cadillac was still carrying the momentum of its 2003 Cadillac Sixteen concept, a sedan powered by a 13.6-liter V16 based on LS V8 architecture. This successor to the 1940 Cadillac V16 was said to generate 1,000 horsepower, and pound-feet of torque, all naturally aspirated and all sent to the rear axle through a four-speed automatic transmission.

It didn’t make it to production, but the concept informed the styling for every Cadillac since, and its engine may have inspired the idea of the 16-cylinder Escalade. A V16 Escalade makes sense in the context of a Cadillac halo product as a decadent status symbol, though it’d struggle to be all that useful a vehicle. Sure, 1,000 pound-feet of naturally aspirated torque sounds great for towing, but gas mileage would be awful, and it’d require the already huge Escalade to grow an even longer hood, reducing visibility and maneuverability. Just a guess, but I’d wager the V16 Escalade idea made it as far as wondering how it could be possible before being shelved. This isn’t to say it’s impossible for GM to introduce an LT-adjacent pushrod W16 one day for use in the Escalade, but I don’t have my fingers crossed, and I wouldn’t advise you have yours either.

The post Cadillac ‘Talked About’ Doing a 16-Cylinder Escalade: Report appeared first on The Drive.