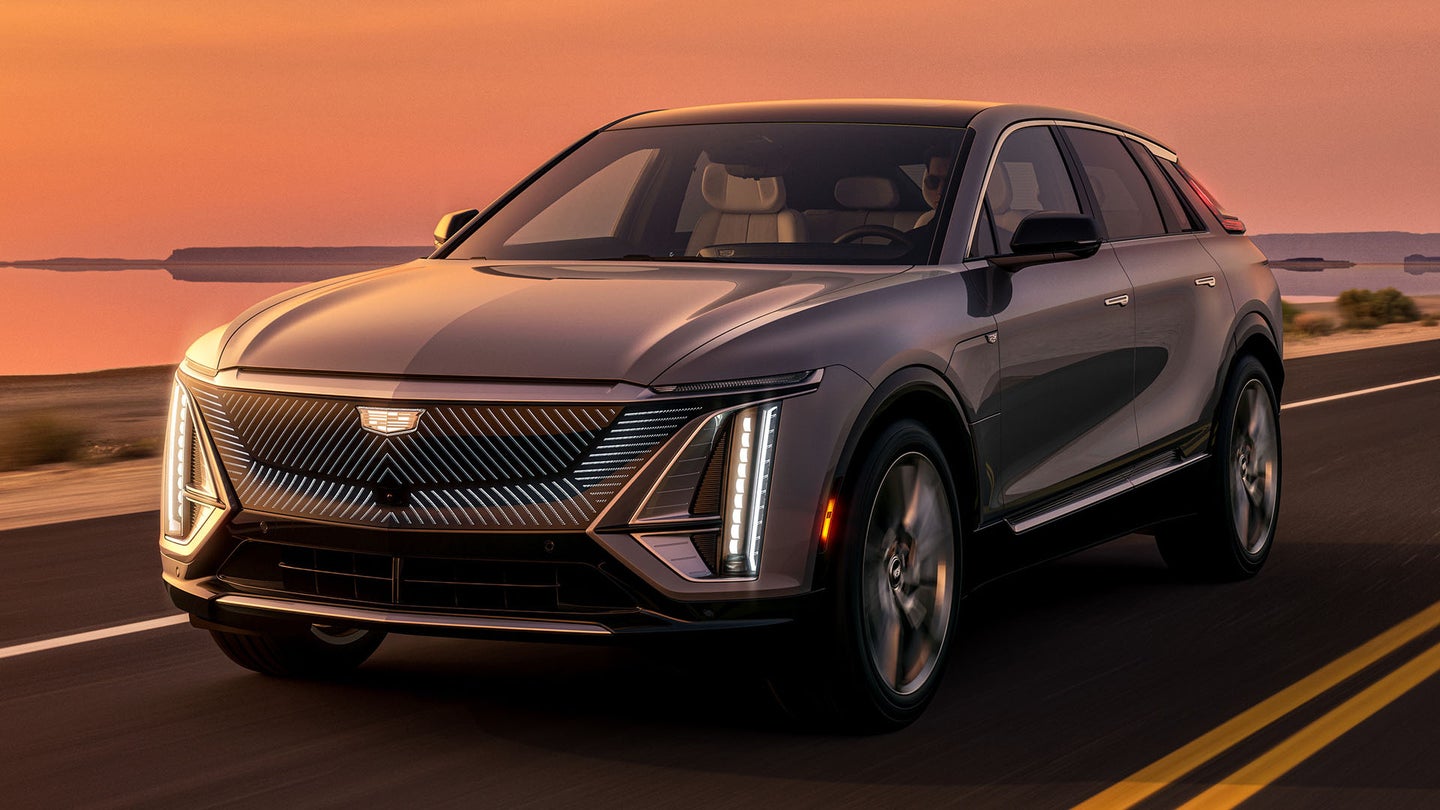 Cadillac Lyriq EVs are still coming off the line at GM’s Spring Hill Factory in a trickle, but some production woes appear to be clearing up. The price of Cadillac’s first electric vehicle was set to increase to around $70,000 from its current $62,990 starting price when the 2024 model rolled around. That would’ve been a big increase—though in line with what a lot of other automakers are doing as they struggle to source vital components for their vehicles. As it turns out, however, this new increase isn’t happening anymore.

Per Motor Authority, the price increase that would’ve boosted the vehicle’s base price by nearly $10,000 to around $70,000 has been canned. Instead, Cadillac will be removing some content from its original launch spec in order to meet the current price of about $63,000. In the words of a Cadillac representative speaking to The Drive, that will be “a starting price of $60,000 for the RWD model.”

The Cadillac spokesperson we contacted did not state what exactly would be removed from the cars in order for the price to be lowered back down to its initial figure. The launch spec Lyriq does come with a fair amount of stuff as standard, though. Things like the sunroof, leather seats, and power tailgate could all be removed from base cars in favor of cheaper or unconstrained alternatives.

Also coming in the 2024 model is the 500-horsepower, all-wheel-drive Lyriq. Its price likely gets a small decrease as a result of these changes, too. For reference, the AWD Lyriq was expected to cost around $65,000. Now it’s looking more like $64,000, according to a Cadillac spokesperson.

This price decrease might just be specific to Cadillac, but it could also be the beginning of a larger shift in the industry. It’s unusual that an automaker doubles back on a price increase. We are living in unusual times, though. The economy is looking uncertain, for instance, but supplies of battery cells, chips, and other vital car-building resources are gradually improving for automakers. This could translate into a situation where the forecast for auto production is looking the best it has since the pandemic—just in time for demand for cars to slump overall.

In any case, it’s nice to see car prices come down for once. We’ve come to expect a never-ending onslaught of increases, and now it could be that’s beginning to end.