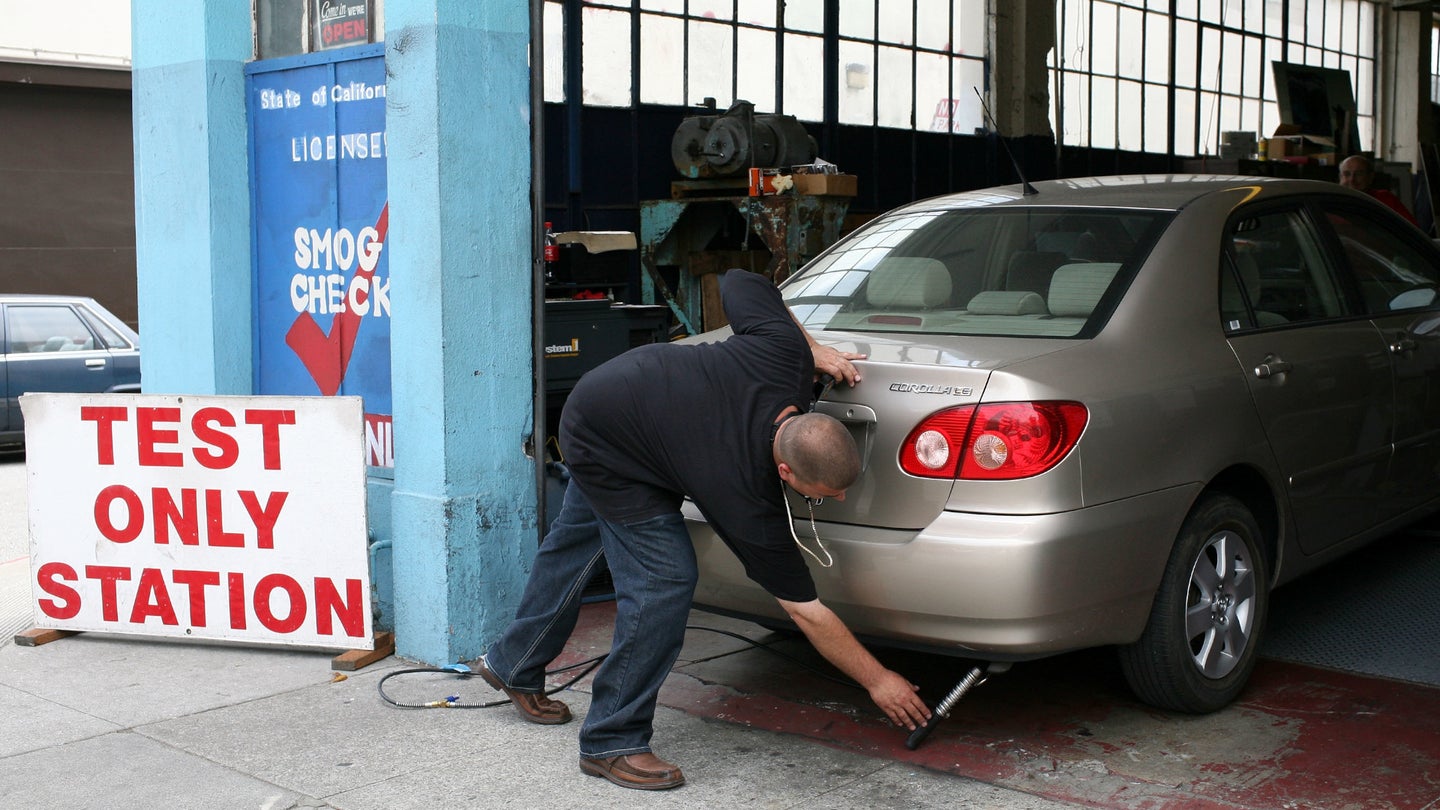 The state of California will soon require biometric authentication and webcam monitoring at smog test stations, as it seeks to prevent fraudulent inspections from taking place.

California’s smog testing program is managed by the Bureau of Automotive Repair (BAR.) The authority is seeking to implement new security measures on the emissions inspection systems used in the state, as covered by Aftermarket Matters. The intention is to cut down on fraudulent smog inspections in the state, which has negative impacts on air quality. It also impacts used car buyers, who may find their vehicle had a fraudulent inspection, and actually requires expensive repairs to be road legal.

BAR will require the installation of palm scanners to verify that only authorized individuals are conducting smog inspections using the equipment. Licensed smog check inspectors will have to register a palm print with the authority. This will then be used for logging into the BAR-OIS software which is used to run smog inspections.

Additionally, the new regulations require webcams to be fitted to test stations as well. These are to allow BAR to remotely monitor smog tests to ensure that everything is being handled properly and above board. The cost of obtaining palm scanners and webcams will fall upon businesses involved in performing smog testing.

Further measures will make it illegal to possess or use electronic devices at a smog test station for falsifying test data. This typically involves using hardware to simulate the signals from a vehicle’s diagnostic system to provide fake data to pass emissions testing, rather than running the test on the vehicle itself.

The new regulatory action was filed and approved with the Secretary of State August 15, and began enrolling smog check inspectors in its biometric system from October 1. The authority has announced that there will be a 30-day notification period before the date that the biometric systems become mandatory, though this has not yet been announced. The upcoming BAR software update that features biometric authentication is expected to become available in late November this year.

Smog inspections are no joke in California, and sometimes they even keep stock vehicles off the road. There’s also been a big crackdown in the state on heavy truck emissions, too. Authorities are clearly keen to shut every loophole possible, now that they’re at the stage of palm-scanning the technicians in charge of carrying out testing.

The post California Is Adding Webcams and Biometric Checks To Smog Check Stations appeared first on The Drive.