California Is Making It Harder to Sell Stolen Catalytic Converters 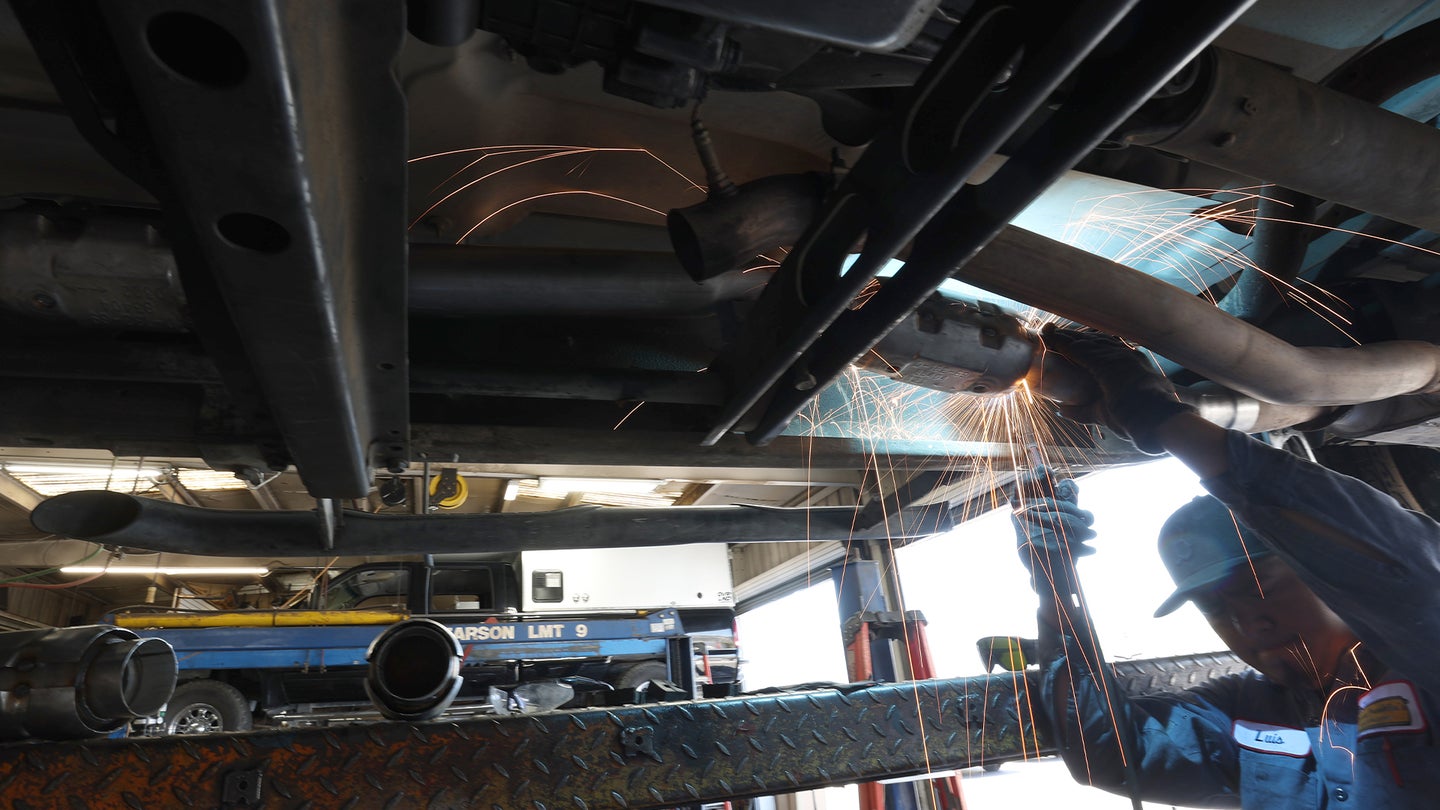 California is taking aim at curbing catalytic converter theft. On Sunday, Governor Gavin Newsom announced that he officially signed two new bills into law which not only set limits on who can buy and sell used catalytic converters, but also enhance record-keeping requirements to track down thieves.

The first bill, SB-1087, amends current legislation to prevent both private individuals and recyclers from purchasing used catalytic converters from anyone other than automobile dismantlers, repair dealers, or an individual that can present documentation verifying lawful ownership of the part. Any recycler who violates these requirements will be fined.

The second bill, AB-1740, will modify the mandated record-keeping requirements. When any core recycler purchases a catalytic converter, they will be required to also obtain the year, make, and model of the vehicle it came from, as well as a copy of the title for the vehicle. Core recyclers would also be prohibited from purchasing or receiving a catalytic converter from anyone except a verifiable owner or commercial enterprise.

“We’re going to get to the root cause—at least one of the root causes—in this crime. And that’s those brokers and those middlemen, who pay top dollar for stolen parts. It will now be illegal in California to buy catalytic converters from anyone other than licensed auto dismantlers or dealers,” Newsom said. “People who buy and sell these parts now have to keep detailed records so we can better trace thefts if indeed they do occur. You take away the market for stolen goods, you can help cut down on stealing.”

California has the highest number of catalytic converter thefts. In 2021, a total of 18,026 thefts were reported by residents, which represents around 123 thefts for every 100,000 vehicles on California roadways—an increase of 200 percent over its 2020 numbers. Texas is the state with the second highest number of thefts, increasing from 375 reports in 2019 to 7,895 thefts in 2021. Houston police have previously said that they receive more than 30 reports of stolen catalytic converters every day.

While catalytic converter theft is up, so is the enforcement surrounding the matter.

Following the passage of a law that banned the possession of “cut” cats, police in Houston recently busted a ring of six people who they accuse of causing more than $11.6 million in damages to cars and trucks by stealing catalytic converters around the greater Houston area. Two of the individuals arrested were previously arrested in Florida for similar crimes. Oregon authorities busted another syndicate of alleged thieves last month for the same crime, claiming that the 14 individuals caused nearly double the financial damages caused by those in Houston at $22 million.

California’s legislation change will ideally make it more difficult for criminals to sell off their stolen cats. Likewise, it will also increase penalties for companies and recyclers that knowingly purchase stolen emission devices from thieves. With any luck, these stricter laws will significantly reduce the street value of catalytic converters and curb theft in the state overall.

The post California Is Making It Harder to Sell Stolen Catalytic Converters appeared first on The Drive.