Car Buyers in China Are Wild Over Built-In Karaoke Systems 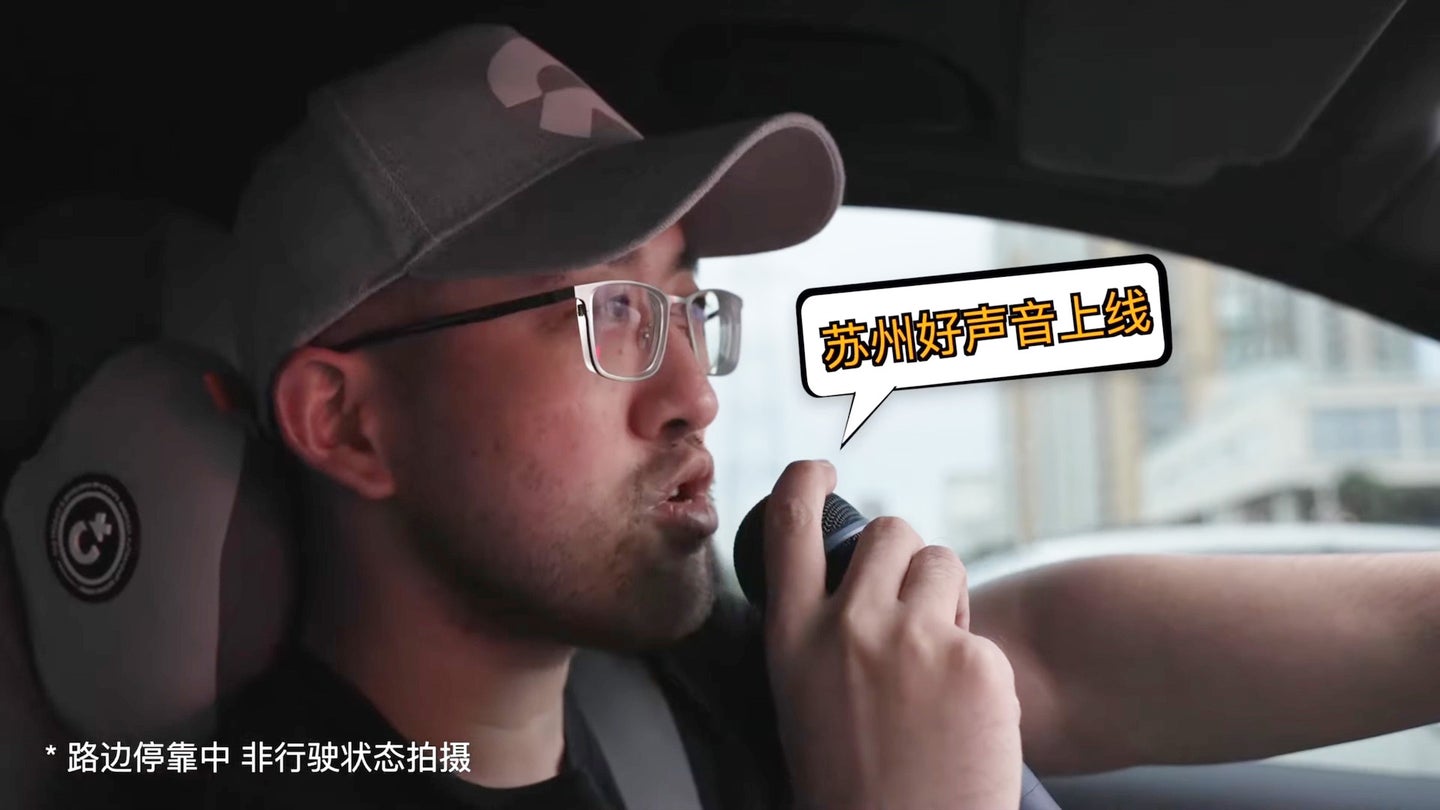 China is really into karaoke. Like, to the point where most karaoke clubs are open 24/7 according to Tutor ABC, and there are even mini karaoke booths open in many malls. Between that and Chinese car buyers’ extreme demand for digital features, it should be no surprise that karaoke setups in cars are in such high demand that they’re even offered by some foreign makes in an attempt to court Chinese consumers.

Karaoke (known in China as “KTV”) apps are found in the cars of at least four Chinese makes, with former Nürburgring EV record holder Nio leaning into the tech the heaviest. It offers a karaoke app with a 10 million-song library in a trio of models. BYD, Weltmeister, and XPeng also offer karaoke microphones in at least one model apiece, which demonstrates that the feature holds sway with the country’s car buyers—enough that American and Japanese makes are following suit.

Earlier this year, Tesla capitalized on China’s karaoke craze by offering sets of “TeslaMic” microphones for the “Caraoke” app it added in 2019. Despite costing the equivalent of $188 for two mics, the entire production sold out in less than an hour according to The Wall Street Journal. That’s less a testament to the fervor of Tesla owners than it is to the popularity of karaoke, which Japan’s luxury make Infiniti has decided is worth plying to gain share in China’s nearly U.S.-sized passenger car market.

The China-market Infiniti QX60 includes its own KTV (or “karaoke bar”) app, which lets users select songs either through the car or social media app WeChat. It displays lyrics for passengers to follow along to on the 12.3-inch touchscreen, and accepts audio input through either a built-in microphone or one plugged into the car’s USB port. Performances can be recorded, and even shared either through the in-car app or over WeChat. For safety reasons, it’s disabled while the vehicle is in motion, as anyone driving at 70 mph has more important things to worry about than hitting the high notes of “Don’t Stop Believin’.”

While the QX60 is sold in both China and the U.S., Infiniti has no plans to bring the feature here according to its chief spokesman Stephen Coughlan. Infiniti’s karaoke feature is simply a byproduct of localization, and not one the company sees as a must across the globe. Like the changing landscape of AM radio in cars, it’s an example of how our culture shapes our cars, which in turn affect our culture. Life imitates art, and art imitates life: the movie never ends, it goes on and on and on.

The post Car Buyers in China Are Wild Over Built-In Karaoke Systems appeared first on The Drive.