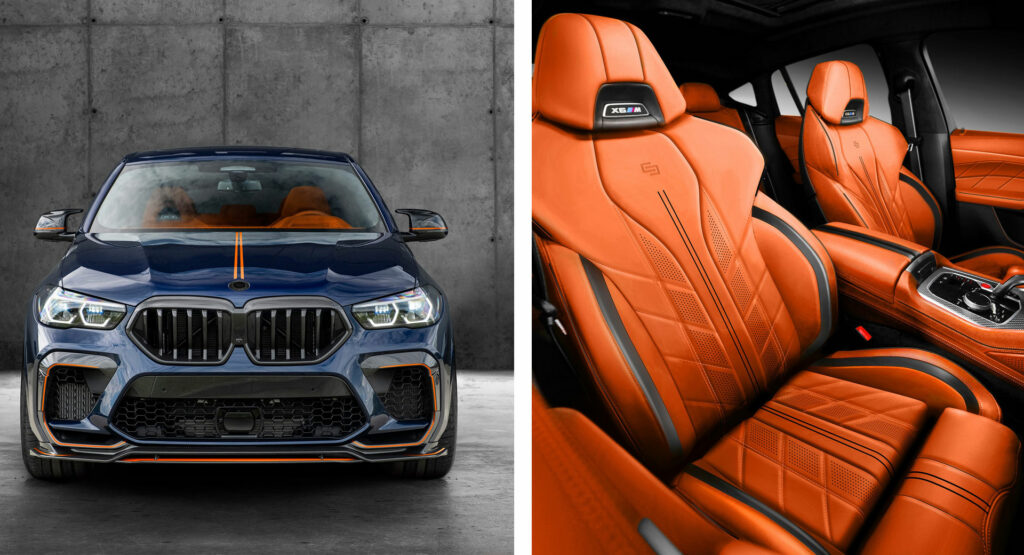 Tuning and modifying a vehicle like the BMW X6 M Competition is usually hit or miss. Quite often, tuning companies take things too far (we’re looking at you Mansory), while other companies avoid making any visual changes and only focus on performance gains. We think this X6 M from Carlex Design strikes a nice middle ground.

Carlex is best known for upgrading and overhauling the interiors of premium cars so that’s where it started with this project.

Adorning the seats, transmission tunnel, center console, gear selector, steering wheel, and most of the dashboard is bright orange leather which Carlex says is the same colored leather that Lamborghini offers its customers. Helping to tone down the bright leather are a handful of blue accents and piping, in particular across the seats.

Read Also: Carlex Design’s Mercedes-AMG G63 ‘Steampunk Edition’ Is A Tune Like No Other 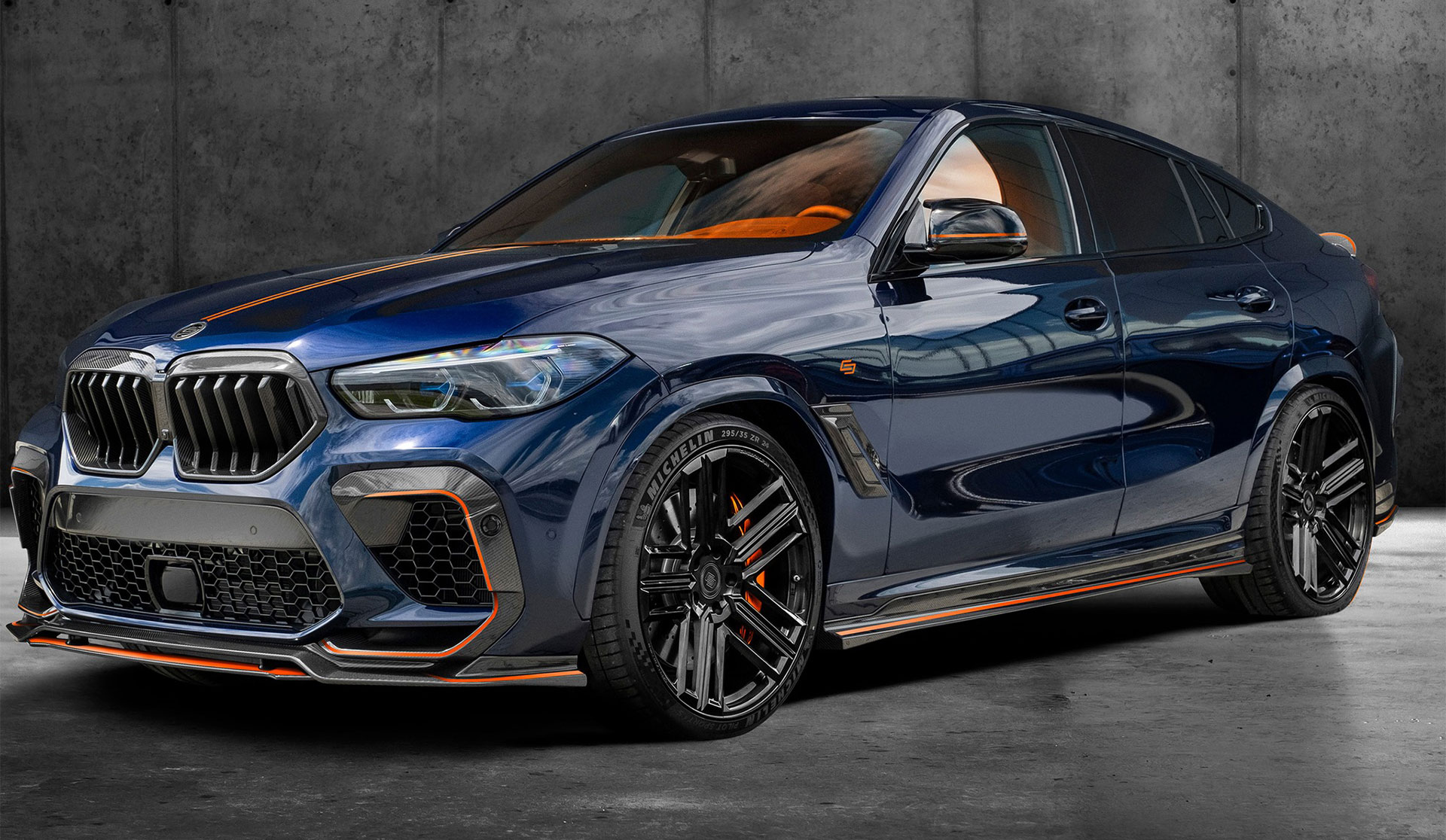 The tuner has also trimmed various interior accents in soft-touch Alcantara, including the pillars and headliner, further adding to the luxurious feel of the super SUV. When complemented by the X6 M’s standard carbon fiber accents, aluminum parts, and black plastic switchgear, Carlex’s creation certainly stands out.

A host of exterior alterations have also been performed. The most obvious is the fitment of a distinctive bodykit that adds a host of new carbon fiber parts, including around the air intakes, kidney grilles, and rear fascia. Carlex has also installed a new splitter, side skirts, and rear lip spoiler. Various orange accents have also been applied, including across the rear diffuser, lip spoiler, skirts, and front splitter, all of which nicely contrast the dark blue exterior.

Carlex hasn’t made any performance modifications to the SUV. The SUV’s 4.4-liter twin-turbocharged V8 is good for 617 hp and 553 lb-ft (750 Nm), so it doesn’t exactly need any more grunt.