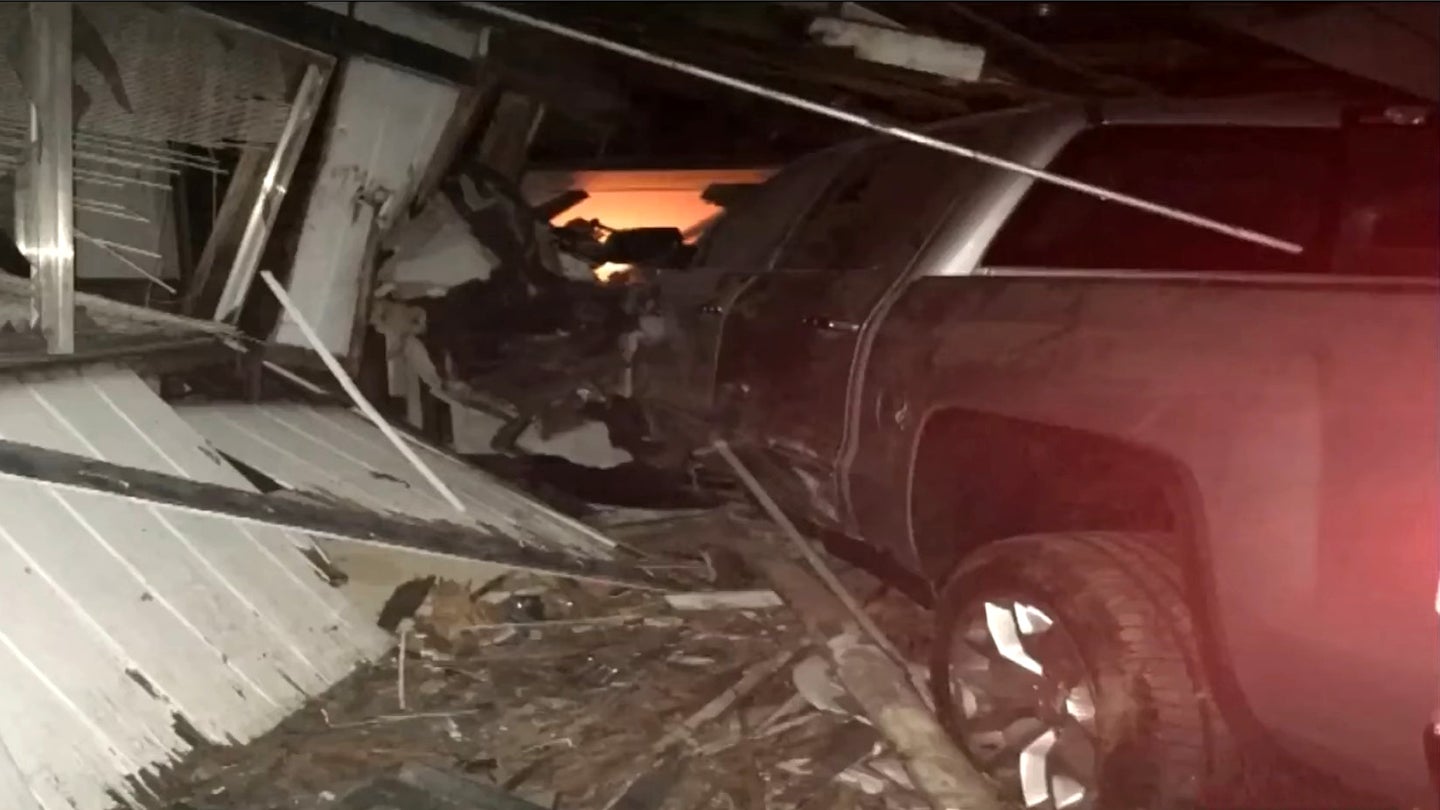 The trouble started in the early 1970s, when the Interstate 680 was built through California. The highway’s Jackson Avenue exit was built just across the road from Minter’s home, with cars flying in from the highway as they turned on to the surface streets. Unfortunately, this left Minter’s house directly in the firing line for anyone coming in too hot, with his house suffering much carnage since then.

Of the 23 cars to hit his house so far, Minter says that four of those cars made it as far as his kitchen. He’s also had three cars of his own totalled from cars barelling into the property. One of the worst crashes was in 2016, severely damaging the structure of Minter’s home and leaving his car a wreck.

Minter has pled with city and state officials for years, hoping to find a solution to the problem. In particular, he’s requested that right turns be banned from the center lane, which he cites as the cause for most of the cars that have hit his home of late. Despite his calls for action, nothing has changed in the last 50 years.

With help from the city not forthcoming, Minter has taken matters into his own hands. He’s fabricated his own defences, consisting of metal poles sunk deep into the ground to stop cars hitting his house. He’s also erected a stout brick wall and placed large rocks in his front yard for additional protection.

Minter says he’s spent over $30,000 constructing various barriers over the years, but it’s not enough. “All of them have been replaced several times,” Minter says of the metal poles, adding “Twice, a car has hit them and bounced right off, but sometimes depending on how a car comes in, it doesn’t protect us at all.”

While nobody in Minter’s family has been seriously injured, there have been several close calls. One woman’s car caught air after hitting a curb, landing on Minter’s driveway where his father had been sitting minutes earlier. Another incident saw Minter’s niece tagged by a car while playing outside. The toddler was taken to hospital, as reported by KTVU Fox 2, but thankfully didn’t suffer any major injuries.

Respite may be soon be at hand, however. The city has applied for a federal transportation grant of $40 million to make improvements to Jackson Avenue, including the area near Minter’s house. The aim is to add a median and protected bike lanes, while adding metal and plastic barriers to increase safety in the road’s various intersections. It will also include changes to the intersection fed by the Interstate 680 off-ramp, aiming to reduce the likelihood of incidents in the area.

Assuming the grant is awarded in early 2023, the city expects to start construction in 2026. Meanwhile, Minter has become accustomed to his difficult reality. “You don’t really think about it. I mean, you listen for car wrecks,” Minter says.

The post Cars Have Hit This California House 23 Times, Homeowner Begs City To Take Action appeared first on The Drive.