Casio and Pyra Collaborate on a Limited Edition G-Shock 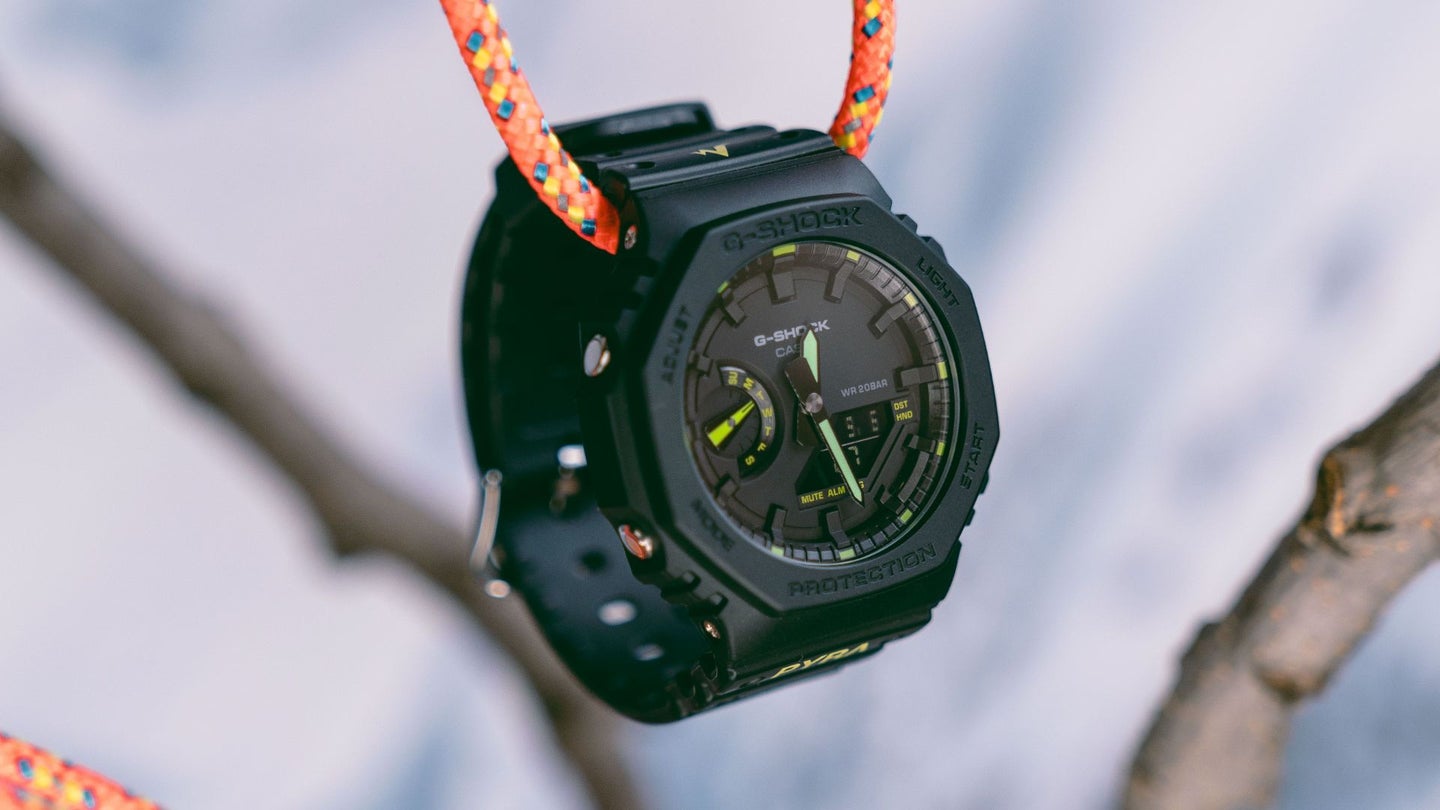 The link between Casio’s G-Shock and military personnel is long standing. But if you have visited a city in the last decade, you’ve probably seen that the model has taken a foothold in the streetwear scene. At the pinnacle of this fashion trend is the GA-2100. It launched in 2019 and boasted the slimmest body of any G-Shock, measuring just 11.8 mm. Now, Casio has collaborated with Australian streetwear brand Pyra to create a limited-edition GS2100.

Casio brings the same carbon core guard, carbon-fiber-reinforced resin interior case, and octagonal bezel that made the GA-2100 a streetwear hit. The limited-edition GS2100 features Pyra’s signature Volt yellow accents with a black dial, case, and strap with neon green indices. This model also features a yellow Pyra logo with a Past Present Future inscription on the strap keeper.

If the limited-edition Pyra GS2100 isn’t for you or its $399.95 price tag puts it out of your budget, one of the original GS2100 might tickle your fancy. GQ named this model a “style phenomenon,” partly due to the wide range of colors and editions available, such as all red and Japan Domestic. But no GS2100 is more popular than the all-black version, which sometimes sells for more than its retail price on the gray market.

Let us know what you think of this limited-edition GS2100 in the comments.

The post Casio and Pyra Collaborate on a Limited Edition G-Shock appeared first on The Drive.