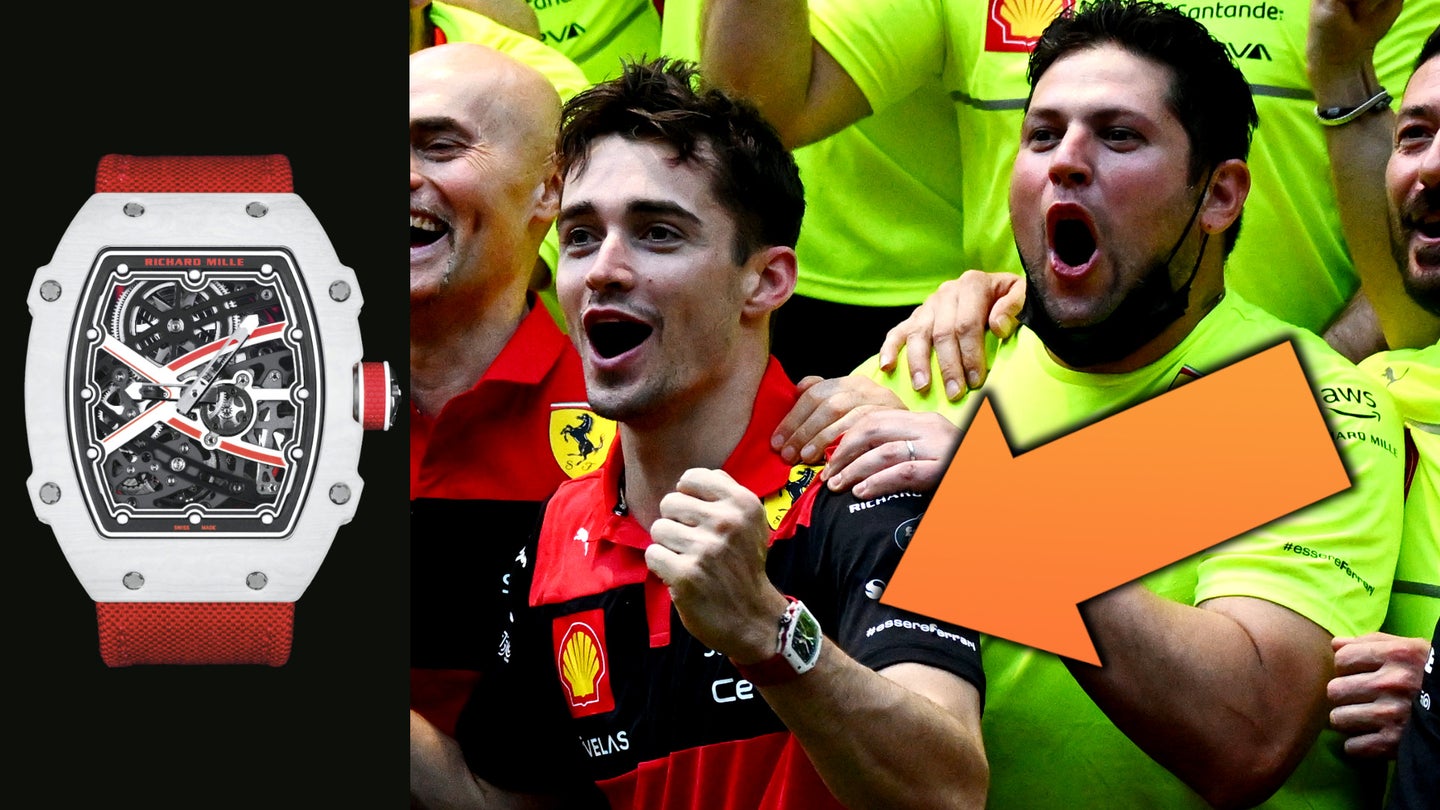 Italian police have heard whispers about what happened to Charles Leclerc’s stolen watch, as covered by Corriere Del Mezzogiorno.

The watch in question was a Richard Mille RM 67-02. It was stolen from the Ferrari driver as Leclerc stopped to take photos with fans in Viareggio, Tuscany in April this year, just ahead of the Emilia Romagna Grand Prix. Someone managed to slip off Leclerc’s watch, escaping into the darkness before they could be apprehended.

Police managed to dig up leads on the watch, as per reports from Corriere Del Mezzogiorno and Il Mattino. According to authorities, informants within the Italian criminal world notified the police that the watch ended up in Naples, Italy, where the thieves were based.

Police allege that three thieves attempted to sell the watch to a dealer of stolen luxury goods, based between Cavone and the Spanish Quarters in Naples. However, there was a hitch. The RM 67-02 was no run-of-the-mill watch. Instead, it was a custom version produced by Richard Mille with Charles Leclerc’s signature emblazoned on the body.

According to Il Mattino, this special edition of the watch is actually valued closer to €2 million euros (~$2 million USD). That figure likely comes from a Christie’s auction last year, where a Charles Leclerc Prototype RM 67-02 sold for 2,100,000 Swiss francs ($2.16 million USD).

With the watch now an international news story, it was hot property and far more dangerous to sell. This meant taking on more risk for the dealer. It’s believed that the watch may have been smuggled to Spain for sale, changing hands for only €200,000 euros (~$204,600 USD) due to the heat on the item.

The report from Il Mattino notes that Naples is somewhat of a marketplace for these stolen luxury goods, hence whey the watch passed through the Italian city. The news outlet alleges that there are three or four fences for such goods active in the city, appraising goods via Whatsapp prior to accepting delivery of the items. The fences then on-sell the items to high-wealth clients either directly or via various watch fairs in Europe and beyond.

Like any good Italian crime story, this one is murky and based on conjecture and hearsay. The thieves have not been apprehended, and neither has the watch been recovered. The yarn simply traces out the probable journey of the item once it was slipped off Leclerc’s wrist. Expect the story to get a Hollywood film and three terrible remakes over the next 30 years.