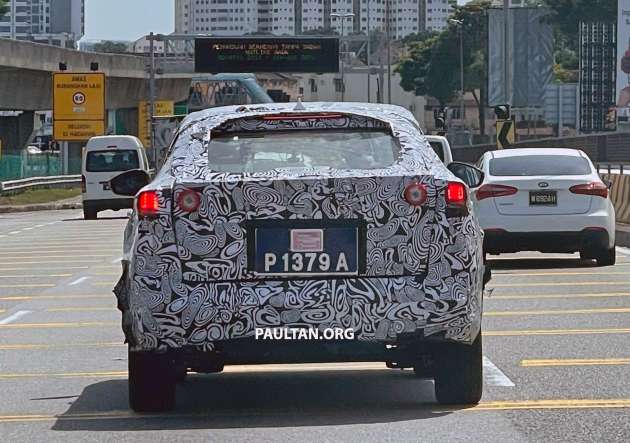 We’ve seen high interest on our posts of the Chery Omoda 5 so far, and perhaps it’s the Chinese SUV’s bold design that has captured the imagination. Certainly, the Omoda 5 is galaxies away from the Chery that some of us might remember – think Eastar MPV and the old RAV4-copycat Tiggo SUV.

Guess what, the Omoda 5 has now been spied testing in Malaysia ahead of its local introduction. This mule was pictured in Petaling Jaya, and locals will recognise the background to be the LDP stretch after the Kelana Jaya LRT station. Malaysia is a good place to rack up endurance testing miles, given our hot/humid weather and variety of driving situations. Chery could also be evaluating tech or ADAS based on our traffic conditions.

At first glance, the tail lamps seen here don’t match the horizontal strip on the Omoda 5, especially with those round inner lamps, but that could be decoy. The profile lines – high dashes above the wheelarches – and the B-segment SUV’s shape are similar. Check out the angle of the rear screen, which can rival the new Honda HR-V for rake. The camo pattern also matches prototypes seen in China. 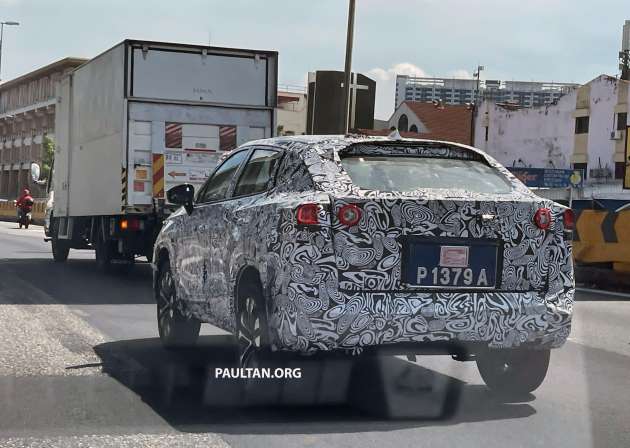 By the way, Chery is making a return to Malaysia and is expected to make an announcement sometime this year. In December 2021, the carmaker told paultan.org that it was in discussions with a potential joint venture partner to set up CKD local assembly operations, and had said an announcement on this – as well as the identity of the local partner – would be made in 2022. Chery’s Indonesian comeback was announced in March.

One of the models that will spearhead the brand’s return is the Omoda 5. In February, Chery confirmed that the SUV is coming to Malaysia, and we will be among the first international markets outside of China to get the model. Chery Malaysia has also set up an official Omoda 5 Facebook fan page.

The Omoda 5 is powered by a 1.6 litre TGDI petrol engine (from Chery’s new Kunpeng engine family), producing 197 PS and 290 Nm of torque. Drive is sent to the front wheels via a seven-speed dual-clutch transmission. This version does the 0-100 km/h sprint in 7.8 seconds. Order books for the Omoda 5 has just opened in China, where domestic buyers can also opt for a 1.5 TCI + 9CVT powertrain.

What do you think of the Chery Omoda 5 as a rival to the Proton X50 and new Honda HR-V?