China Is Testing a Maglev Car, for Some Reason 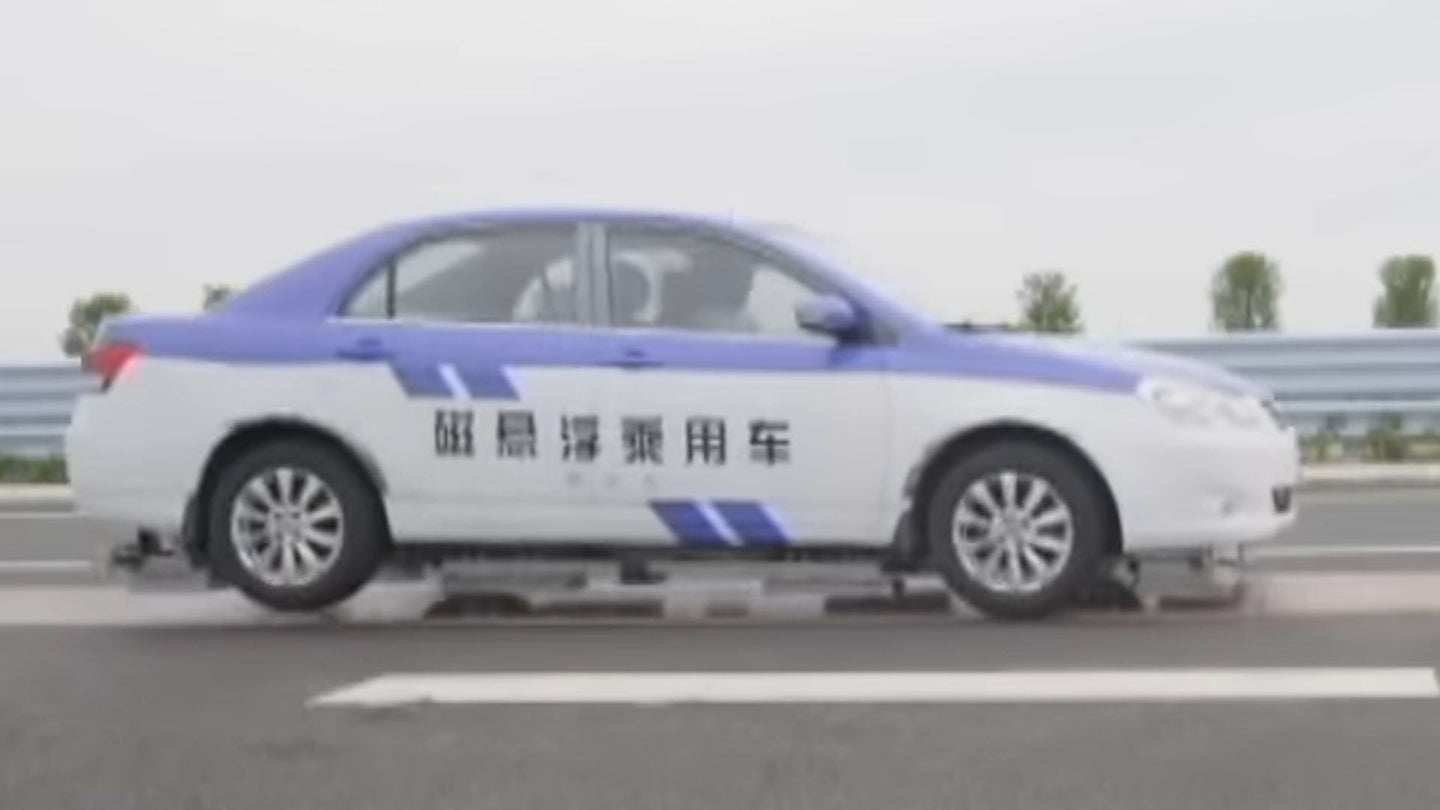 Maglev trains are very real and very practical, but maglev cars? Well, let’s just say they aren’t exactly in their golden age. That hasn’t stopped researchers at China’s Southwest Jiaotong University near Chengdu from building one, though. In a recent video uploaded by China’s Xinhua News Agency, we can see it working.

It’s a regular car with some magnets on the bottom. The road also has magnets to oppose those on the car and make it float. The clip below shows it running at moderate speeds on a test track about an inch and a half above the ground.

It’s unclear how the vehicle is being propelled, but as Motor1 noted, it allegedly reached speeds of 143 mph. The car’s speedometer, if it was running, would definitely be reading zero or very close to it, though. In fact, that’s a good question: Was the car running? It wouldn’t have to be, right? Maybe just to run the air conditioning or something, or to keep the power brakes going. Unclear. Throw the thing in neutral, I guess.

That’s kind of a funny thought, actually. If you put it in park or reverse and a wheel touched down, what would happen? Would the car turn sideways and get stuck on the track? I’ve had two powerful magnets get stuck together before and I don’t think I ever got them apart…anyway.

The wheels can still be seen bobbing on and off the ground occasionally, however that doesn’t seem to be upsetting the whole experiment very much. I don’t know about you but I wouldn’t want to take that car up to 140 mph even without it floating in the air. The guy in the car doesn’t look like he’s wearing a helmet either. I would have the full duct tape pillow suit on if they wanted me to test that thing. No thanks.

According to Xinhua News, this vehicle is thankfully just a prototype. The university plans to build a purpose-built maglev car after testing is done with this machine.

The post China Is Testing a Maglev Car, for Some Reason appeared first on The Drive.