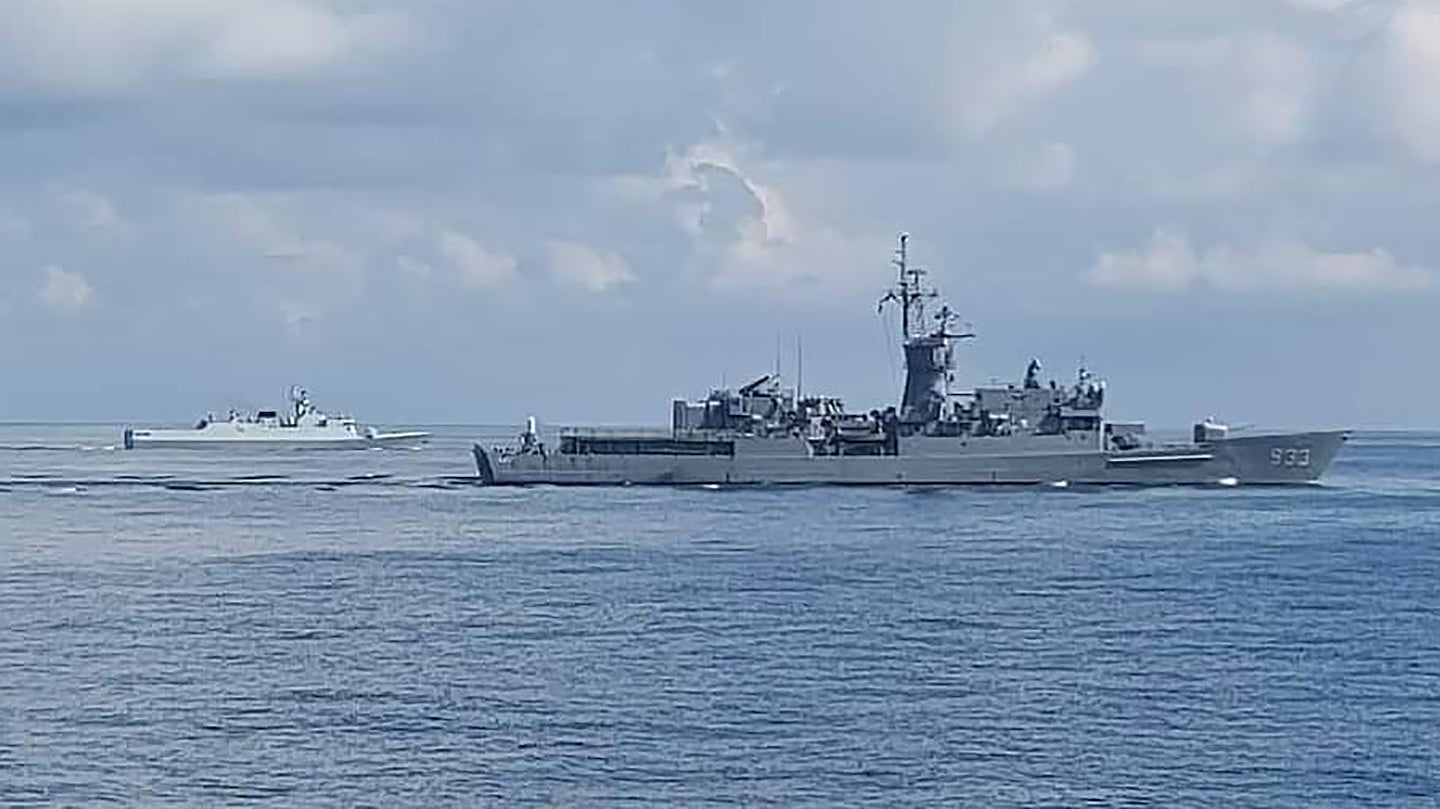 Tensions in the Western Pacific remained high on Saturday as Taiwan’s Ministry of Defense reported that Chinese forces made a possible simulated attack run against a “high-value asset” in the Taiwan Strait.

The ministry reported some of these forces crossed the median line, the de facto boundary between the island and the mainland. Taiwan sent alert broadcasts, patrolling aircraft, and warships to counter the move, but it is not clear what the simulated attack targeted.

Saturday’s mock attack is the latest episode in the Taiwan Strait since a visit last week by U.S. Speaker of the House Nancy Pelosi (D-CA) that resulted in outrage in Beijing. The War Zone readers can get caught up with what’s happened so far before heading into today’s events in our previous coverage here.

Some 20 Chinese aircraft and 14 ships operated near the Taiwanese coastline on Saturday, including 10 Su-30s, four J-16s, and four J-11s, all Flanker derivatives, as well as a Y-8 anti-submarine plane, and a Y-20U tanker.

At sea level, the Chinese presence is in plain sight of the shoreline as Taiwanese ships parallel their counterparts. Satellite imagery also shows the shadow-boxing in and around the Chinese-declared exercise areas that encircle the island.

The U.S., Australian, and Japanese governments released a joint statement calling on China to end its exercises around Taiwan. However, reporting from Politico indicates China isn’t picking up the phone from Defense Department liaisons in Washington. This is a major issue as it drastically increases the potential for a miscalculation, even if other round-about means of communication are still available.

The USS Ronald Reagan and the rest of Japan-based Carrier Strike Group remain at sea northeast of Okinawa, and a U.S. RC-135S Cobra Ball reconnaissance aircraft has flown sorties in the region monitoring Chinese missile launches. All of this while Japan has tracked Chinese drone flights around its Sakashima Islands and Taiwan.

There’s also this image that really puts the Taiwanese situation in perspective. In the foreground is the Republic of China Navy (ROCN) frigate ROCS Fong Yang, formerly the U.S. Navy Knox-class frigate USS Brewton. Behind it is a Chinese Type 056 corvette.

The Brewton was launched in 1971, built to protect NATO convoys and carrier groups from Soviet submarines in a Cold War battle that never came. Despite some sensor upgrades, it still features most of the legacy weapon systems of that era: an ASROC launcher, Harpoon anti-ship missiles, Mk 32 torpedo tubes, Phalanx CIWS, and a 5-inch gun.

Put simply, the Fong Yang is closer to a museum ship than many of the Chinese vessels it’s facing off with. The Knox class is a 1960s design replaced in U.S. service, at least to a degree, by the Oliver Hazard Perry-class frigates, which have also since been retired.

The Type 056 behind it, and many of the other Chinese warships lurking over the horizon, were designed and built in the last 20 years. True, Taiwan does have more recent designs in its fleet with the French-built La Fayette class, but the discrepancy couldn’t be clearer.

The pointed threat posed by Beijing’s armada is why the Republic of China Air Force (ROCAF) is sending up its F-16Vs on patrol loaded for bear, with Harpoon anti-ship missiles, and ECMs pods, as well as air-to-air missiles. ROCAF’s Harpoon-toting F-16s have been a staple of Taiwan’s response to aggressive Chinese naval behavior in recent years. Harpoon is a critical component of Taiwan’s defensive strategy overall and it has been procured in air, sea, and land-launched forms. An order for hundreds more is now deepening the island’s Harpoon stockpile.

Meanwhile, life goes on in Taiwan despite the tensions offshore and in the skies above. On Dongyin, one of the isolated and heavily militarized Matsu Islands near the mainland, an EDM party raved into the night, bubble cannons and all in the crisis’ shadow.

The post China Makes ‘Simulated Attack’ On Taiwan appeared first on The Drive.