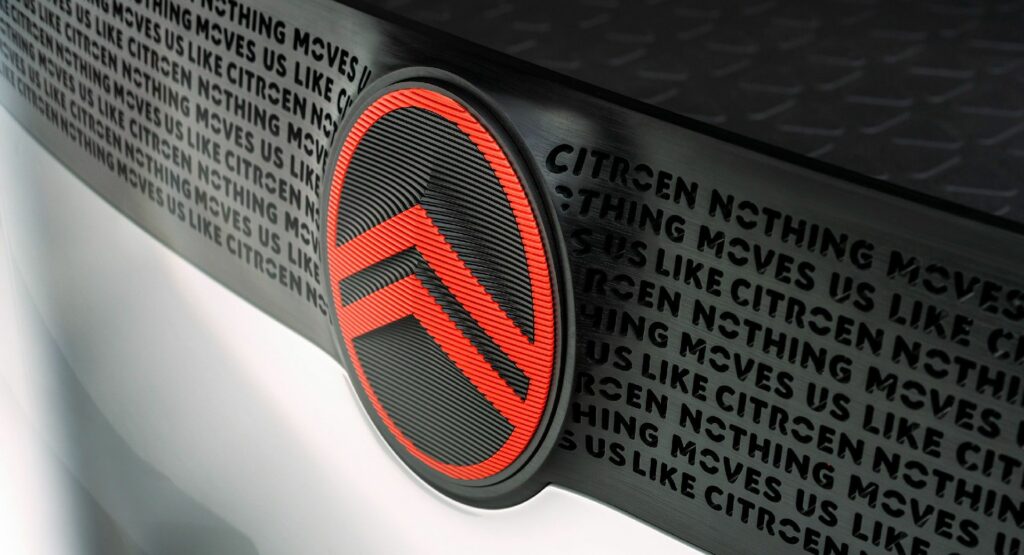 Citroen revealed its new brand identity and logo which is a reinterpretation of the 1919 original. The oval with the double chevron emblem will debut in a new concept before the end of the month, before finding its way into future production models starting from mid-2023. Interestingly, this is not the first time we see it, as it debuted in the side graphics of the futuristic Citroen 19_19 Concept back in 2019.

This is the tenth logo revision in Citroen’s 103-year history, and the third in the last 13 years. While retaining the signature double chevron, the oval outer shape is a departure from the previous interpretations, harking back to the original. This design was chosen by founder André Citroën in 1919, inspired by his metalworking company that produced chevron-shaped “herringbone” gear systems. The new logo is combined with a fresh and simplified color palette plus a modern font for the Citroen lettering. 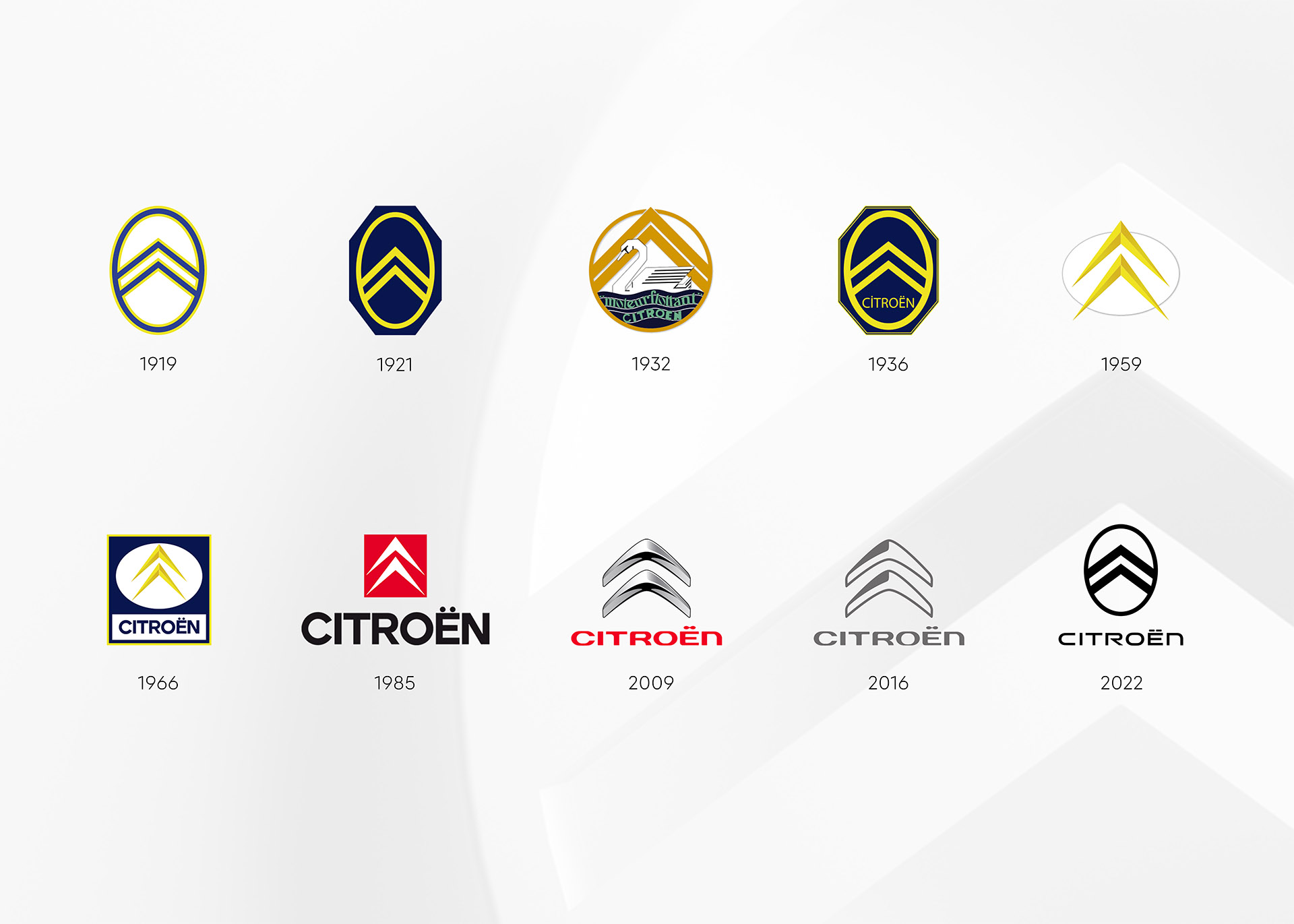 In one of the different variations, the logo is painted in “Monte Carlo Blue”, which will also make a comeback as an exterior shade for future Citroen models. However, Citroen also uses the more flashy “Infra-Red” for physical, print, and digital applications, replacing the brand’s signature red.

The automaker was coy on details about the upcoming concept car that will wear the new emblem. The French company described it as a “significant conceptual Citroen family vehicle” and also published a trio of teaser photos. One of them is focused on the grille featuring “Nothing Moves Us Like Citroen” lettering which is Citroen’s new brand signature. Another is showing the emblem at the back, while the third one reveals a portion of the concept’s upper body with boxy shapes and transparent elements. 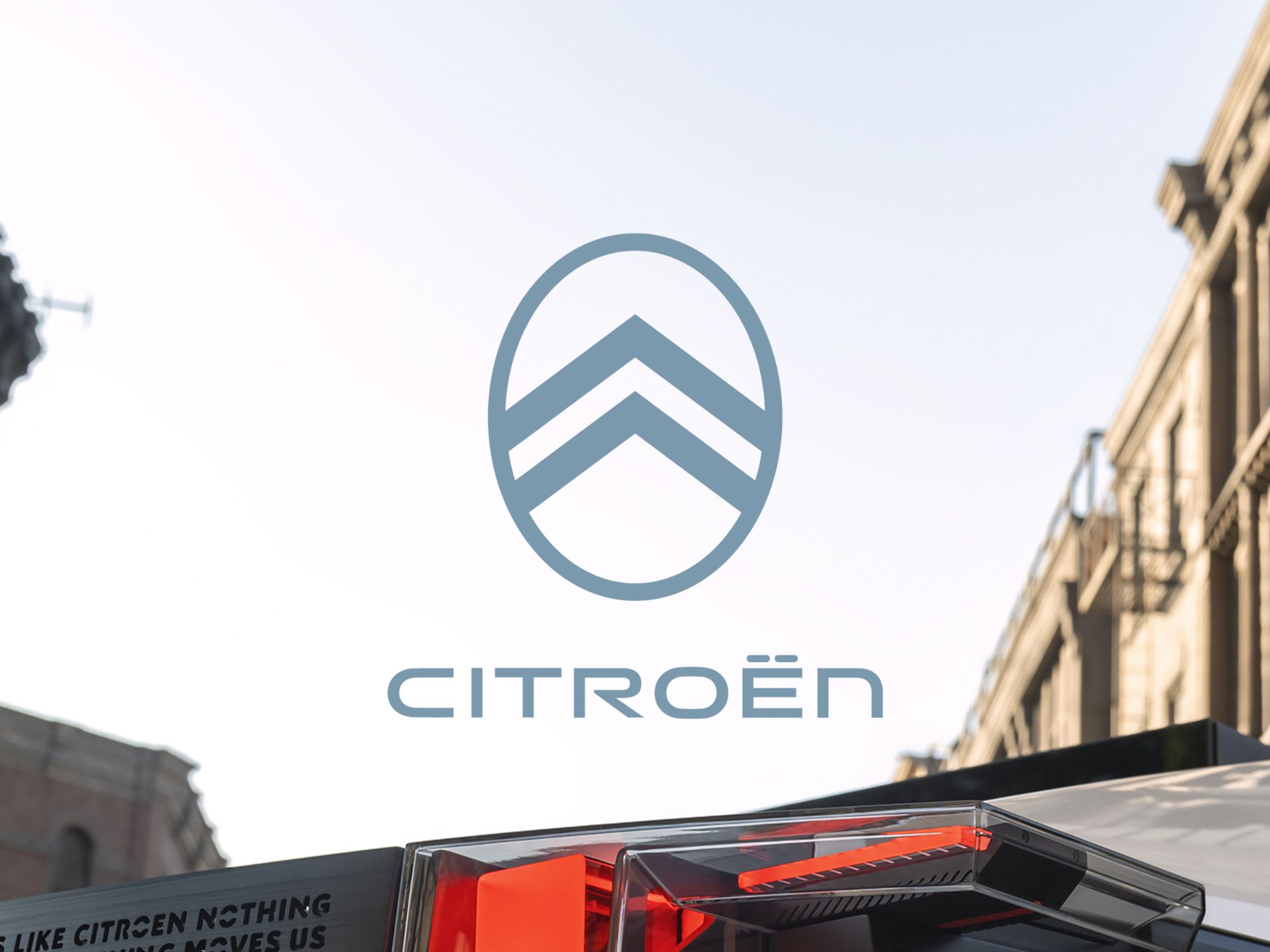 For many years, the vast majority of Citroen models used a double chrome grille as an extension to the double chevron logo. With the new oval shape, this signature styling cue could change, although it is not clear if the new logo will be incorporated into the current lineup or if it will be reserved for brand-new models, like the next-gen Citroen C3.

Citroen said that the new emblem will “initiate a new direction in product design language in which the visually prominent badge will become an immediately recognizable signature element of all Citroën models” hinting at an upcoming evolution in its design language, despite being quite recent.

With September nearly over, we expect Citroen’s new concept car to be unveiled in the next few days, just in time for the 2022 Paris Motor Show in October. At the same time, Citroen’s updated brand identity will gradually roll out across all digital channels, dealerships, and corporate environments.